The King’s castle stands alone atop Grand Ur Mountain, but even that does not match the solitude surrounding Princess Ali. With a carrot-shaped nose, she trudges through her princess duties with the most unfortunate face. With her pet greybar (a creature with the head of a greyhound, body of a polar bear, and wings of an eagle) as her only friend, Ali dreams of becoming a beautiful princess.

When Cory, a ninja-in-training, drops through the royal chimney, he does not intend to enlist the help of anyone, much less a girl, but she holds the key to the Creator’s map. The ancient map marks the secret hiding place of the magic Wishing Ring, a ring grants the wearer one wish.

Cory’s mysterious need for the ring and Ali’s dream of a beauty send the pair to a forgotten land. Only the war ravaged clan of Odana can translate the map’s key. But even if they manage to find a translator, the question remains—can they beat the Ogre who guards the ring? 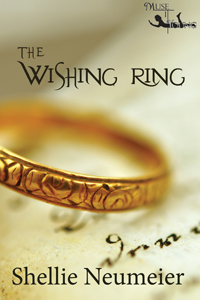