When he returns home from a rough semester at school, Brian's truck just has to break down. After a late-night tow, he's reacquainted with someone he's known for most of his life, Jack. To Brian's surprise, as Jack fiddles with his ride, that his eyes are strangely drawn to the mechanic's bulging muscles, quick wit, and kind eyes.

Brian's not gay - is he? He just broke up with his girlfriend and left school, but there's just something about Jack that he can't place. Something beautiful, something wild...something that comes out when the full moon rises.

This series of three vignettes traces Brian's sexual awakening and his deepening affection for the gentle giant whose voice and touch awake something in Brian he cannot explain, or even believe.

Warning: this adult tale features sexual awakening, coming of age, a first time gay experience, a rough initiation menage, and an ending that will leave you, just like it leaves Brian, changed forever! 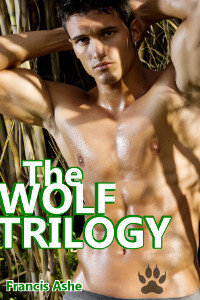 As he went, I just watched him. Sloped shoulders, thick neck, and hard arms – I was just in awe of the guy, and here he was, telling me to come up and have a beer. Like I said, I had just broken up with my long-term girlfriend. This was a whole new thing to me, but I wasn’t turning to leave. Although I had known Jack for a while, something about him got me excited. I wanted to find out what it was that I couldn’t resist. I went up after him, but when I got to the top of the stairs, he was gone. The big bay window in his loft was standing wide open though. When I went to look out, there was a huge, gray wolf staring back up at me. It growled, barked twice and darted off into the woods nearby.

Jack came to my side and looked at me in an almost feral way. Without a word he ran and hand through my hair and down my back.

“Get rid of his clothes.” The leader said.

My patron held my head down with one hand and took the collar of my shirt in his other, wrenching it until it began to tear. “What next, Magnus?”

As we kissed, Jack slid one of his strong mechanic’s hands up my back and lingered at the base of my head, teasing the short hair there with tickles of his fingers. He sent shivers that would have bristled hair if I were still a wolf, but as it was, a trail of goose bumps popped up down my back, and he kissed me deeply. There as we lay, the sounds of nature seemed to come alive around us. I was starting to feel the feral wolf come alive within me, and I clutched him to me, pressed my tongue deep into him and swirled it around. He moaned and writhed. I could tell that all of this was getting to him too – his wolf was waking up as mine had. 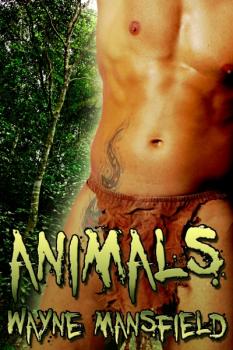 Bow Down to the Wolf King (MM)
Marcy Jacks
In Shelf
$3.50
Tweets by
sirenbookstrand