The Woman Who Couldn't Say No

Veronica had the most incredible lineage possible for any woman to have, but the real story about her didn't need her legendary ancestor to enhance the amazing woman she already was. She held the secret of her true self tightly away from the rest of the world out of the need to protect herself from romantic dangers no ordinary woman faced. Bob, of course, didn't know any of that when he first asked her out, she accepted, and an unbelievable night of passion ensued. Then she started pushing him away; making unusual requests. Bob thought she was worth any amount of extra effort, but he needed to learn that when dating a unique woman one faces unique challenges. At least he already knew that when it comes to desirable women that there's extreme beauty, and then there's just downright sexy - and when choosing between the two downright sexy wins every time. 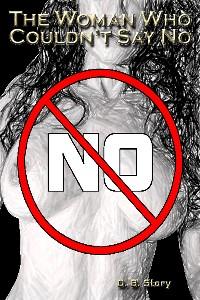 The Woman Who Couldn't Say No

Veronica is Sexy! You'll never see her on the cover of Cosmo or Vogue, but from the first time I saw her I sure wanted to see all of her in my bedroom.

But life, and the games men and women play aren't logical, or quick, or easy. I couldn't just walk up to her and say, "You're the sexiest woman I can ever imagine meeting, and I'd like to take you home with me at the very first opportunity, or tonight if we can't do it sooner. I promise you the best experience I can possibly give you."

Actually, if I'd known then what I'd learn later about Veronica, I probably could have said exactly that. She would not have been insulted in the least, and likely would have accepted even in on our first introduction. I didn't realize at all in the beginning that when approached properly, Veronica would never say no to the one thing that really matters in an intimate relationship.

I'd already planned to kiss her goodnight at her apartment. I wasn't going to ask first either. What's the point in asking? You either kiss, or you don't. Asking only gets you no's.

I moved my schedule up. I'd already noticed that, without her sweater that she'd left in the car, the cool night temperatures had brought her nipples out into full flower. They were as proportionately large as her breasts, and the right one in particular seemed growing larger each time she turned towards me to make another point. Veronica clearly wasn't wearing any bra tonight.

When we reached my car she turned towards me one more time. By now I expecting it and was already disengaging my arm. I wanted to feel her up against me, if even only for a moment. It was the most I could hope for on a first date.

She had not finished making her turn before I had my hands on both sides of her face. I gave her just the necessary moment to realize what I had in mind next, before I gently pulled her forward and bent down to kiss her.

It was like a dream. While my fantasy of Veronica grabbing me and taking me right there wasn't happening, she closed her eyes, turned her head up at my guidance, leaned into me returning my kiss until I had to come up for air.

Even when I did finally back off an inch, and before anyone else gawked at our public display of affection, my hands found their way around her. They met in the small of her back and we leaned together for a long, silent hug.

Only when I worried that we were going to far too fast did I finally say, "Maybe I need to get you home now." Veronica silently nodded, but in no way protested any of what had just happened.

On the drive home she reached over and took my hand softly in her own. We held hands this way until we reached her place.

I walked her to the door, waited until she had her fished out her keys and opened it, and then put my hands on her shoulders and made to turn her back to face me. She didn't resist at all. I kissed her again long and deeply.

And I kissed her again after that.

She used the porch light to look deeply into my eyes how, while I tried to keep my breathing light and under control. She had to feel my heart pounding. You'd think I'd just finished the Marathon.

Veronica's eyes are dark brown, and very lovely. And I'm sure I saw a sadness in them. But she still took my hand softly again, and led me unresistingly inside. 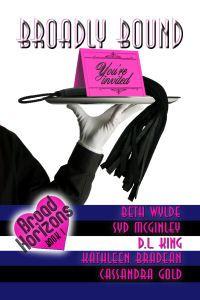 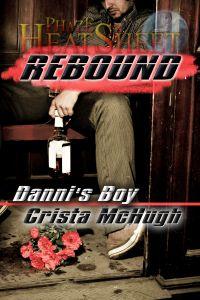 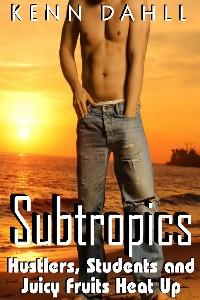 Slave to Shadows
Gavin Atlas
In Shelf
$4.99
Tweets by
sirenbookstrand