Carmen can't help crushing on her creative writing teacher. She's no different than any other girl who finds the incredibly sexy Mr. Atkins attractive, but for Carmen it's more complicated--not only is Mr. Atkins her teacher, he's also her boyfriend's brother!

Sure, she secretly dreams about Mr. Atkins--after all, she's only human--but then suddenly, Carmen finds herself alone and adrift. One night at a party ruins her ""perfect"" relationship with her boyfriend, Jonathan, a guy she believed loved her as much as she loved him.

Hurt and confused over the loss of the guy she thought for sure was ""the one,"" forlorn Carmen runs into Mr. Atkins--and that's when things go from bad to incredible.

Mr. Atkins not only understands her, he rescues her. Like a white knight on a steed, Darrel Atkins charges in and lifts Carmen up from the depths of her despair. And when he confesses his true feelings for her, and they both finally give in to temptation, everything seems perfect.

Until Jonathan comes back, and turns her world upside down.

Now Carmen has to decide if a secret affair with her teacher is worth the risk or if Jonathan can be trusted again with her heart. 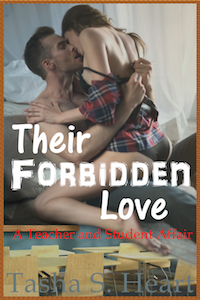 """Thank you for this."" I looked at him as he handed me the other half.
""It's my pleasure, Carmen."" He brushed a strand of hair off my face and stared at me. Looking into his beautiful eyes made me want to kiss him. ""Um, let's get riding, shall we?"" His hand on my back sent heat through me despite the coolness in the air as the sun was setting. We walked by the row of carnival games as people laughed. ""You know, I'm going to win you a prize,"" he said, gently walking me in the direction of a hit the bottle game.
""Five dollars gets you four balls. Just hit three bottles and you win a prize. How about you win your girl a prize? She'll love it,"" said a guy behind the counter, tossing a softball in the air and catching it. I looked at Darrel surprised that he didn't correct him. ""It's just five bucks,"" coaxed the game attendant. ""Come on, you can spare five bucks for a smile on her face.""
Darrel looked over at me as if waiting for me to say something. ""Sure,"" he replied, taking his wallet from his pocket.
I grabbed his wrist, stopping him. ""You don't have to play. These things are rigged,"" I whispered as he continued smiling.
""You don't have any faith in me?"" Darrel gently touched my hand still around his wrist. ""Which one do you want?"" We both looked up at the stuffed bears along with other animals hanging on the back wall.
""Well, the polar bear looks cute,"" I replied, pointing at the huge white polar bear with a blue satin ribbon tied like a scarf around its neck.
""Polar bear, huh?""
""Darrel, don't waste your money on games. You could buy a better bear for less at the store.""
He pulled out a five dollar bill and handed it to the guy giving me dirty looks under the bill of his hat. ""Polar bear it is,"" Darrel said, winking at me as he picked up the first of four softballs. He lined up in front of the milk bottles stacked on top of each other like a pyramid. I shook my head as he warmed up, stretching and rolling his arm before throwing the softball straight to the target, only hitting the top bottle. ""Okay, okay,"" he grinned as if he could hear what I was thinking. ""I'll get it. I have three balls left."" I crossed my arms as he warmed up again. ""How was that?"" he asked gloating as the pyramid of milk bottles fell over.
""Good throw,"" called out the guy behind the counter as he picked up the bottles. ""Hit them again and you get a prize."" He pushed the other two balls to Darrel and stepped back.
""You did it!"" I squealed, grabbing his arm happily when all three bottles fell down again.
""You had doubt?"" he grinned as the attendant grabbed a polar bear off the back wall. ""Your bear my lady."" He handed me the bear and walked with me to the Ferris wheel.
""You're just full of surprises, Darrel,"" I said, staring at my new toy.
""I'm glad you like it."" He handed the ride operator our tickets. ""Ladies first,"" he said, allowing me to sit down first. ""Comfy?"" He sat down next to me and looked at my polar bear, pulling at the ear. ""Not bad for five dollars, right?""
""All right, you can stop gloating now,"" I grinned, setting the bear on the floor of the ride. I looked at the horizon as the Ferris wheel slowly moved. Everything was so beautiful and I was having an amazing time. ""This is beautiful,"" I whispered, rubbing my arms as it got colder when we reached the top.
""Cold?"" he asked. I think he might have heard my teeth chattering. ""Here,"" he whispered, wrapping his arm around me, pulling me against him. He was so warm and smelled so good. ""Better?"" he asked, rubbing his hand up and down my arm. Oh, God, yes. I felt much better. He was amazing, more in that moment than I could ever imagined. We sat there like that until the ride was over. I felt like begging the attendant to let us go around again, but he got out and offered me his hand. ""Come on, maybe there's a ride that will be a little warmer for you.""" 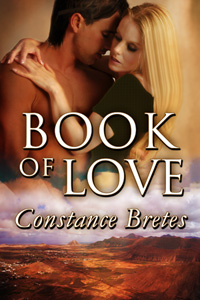 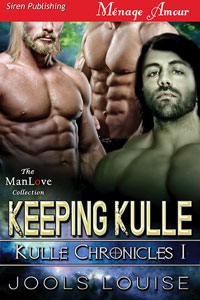