Susie goes to gym to lose weight and hires a hot personal trainer she doesn’t realize is a bear shifter.

Brian is a co-owner of Healthy Bodies and his mate has just walked through the door looking for a personal trainer. He knows he is the right bear for the job. The only problem is, he's not Susie’s only mate. His brother Blake is in the running too. Can they learn to share?

They must convince Susie she is theirs. Together Blake and Brian teach her how great food can really be, and exercise can be a lot of fun.

Will Susie be able to handle two bears taking over her life? Can she live in this strange new paranormal world? Is she strong enough to stand by her two men?

Heat Rating: Sextreme
Word Count: 29,050
23 Ratings (4.3)
Menage a Trois/Quatre Rubenesque Shape-shifter
In Bookshelf
In Cart
In Wish List
Available formats
ePub
HTML
PDF
Mobi
Cover Art by Sour Cherry Designs
Reviews
Great book in a great series!!
rhondavb
I loved this book and can't wait for the next one in the series. I only wish it was longer because it was such a good story. I didn't want it to end.
clcoop
Read more...

More From The Bears

As she turned the knob and listened to the lock click, she sighed in relief, only to be scared nearly to death when she heard snarling on the other side of the door and the teenage shifter came charging for her. Fuck, just what she needed. Opening the door, she ran like her life depended on it, and it probably did. Susie didn’t even care about holding onto her clothes. She ran right by Brian and another guy, who she assumed had been the guy banging and yelling through the door, without looking back to see if Tayler pursued her. She just wanted to get out of there.

As she passed the reception desk on the home stretch to the exit doors, a solid mass stepped in front of her, and arms wrapped around her.

“Woo there, what’s the hurry? I know this is a gym, and running is fantastic exercise, but for some reason, sweetheart, I don’t get the feeling you’re running for the fun of it.”

She looked up and the glare on her face froze as she stared into the brightest emerald green eyes she’d ever seen. They were encased in a face that made her think of wicked things. He actually looked a lot like Brian, although his hair had a curl to it and his cheeks had dimples. This guy was also taller and bigger all around, almost like a bear.

She gave an inward groan and tried to take a step back but his grip stopped her. She gave him another look up and down. He looked like the kind of guy a woman might have a fun, sexy night with. Oh no, what was happening to her? She was turned on again and thinking about sex with a complete stranger. As that thought ran through her mind, she pushed against him to get away. “Let me go. I have to get out of here.”

She kicked at him, but he laughed at her effort. “What’s your name? You’re a feisty one, aren’t you?” She gave him her best death stare, which only made him laugh harder. “Oh, sweetheart, if you want to get away, you really need to try a lot harder than that.”

Gritting her teeth, she spat out, “Susie. My name is Susie. Will you please let me go now before the sociopathic shifter teenager comes after me?”

Mr. Green Eyes raised his eyebrows as he asked, “And why, may I ask, is she coming after you?”

Sick of the questions and desperate to get out, she snapped, “None of your business. Just let me go.”

He grinned and she could see sharp white teeth as his mouth turned up at the corners.

“Sweetheart, everything you do is my business because you are my mate.”

Holy shit, she could have been knocked over with a feather. “I can’t be.”

He pulled her closer to him and took a deep a breath. “Yes, you are. You smell like heaven, honey, mangos, and my brother.” His eyebrows drew together as he finished and his smile turned into a frown as he leaned into her and took another deep breath.

Groaning, she pushed at his chest only to stop when she heard, “Blake, get your fucking hands off my mate.”

She turned in Blake’s arms to see Brian stalking their way.

Blake glared at his brother and pulled Susie tighter to him. “What the hell is going on, Brian?”

His brother snarled, and went to grab Susie, so he moved her behind him, all the while keeping a gentle grip on her so she didn’t run off like she seemed to be doing now to his brother.

Usually the easy-going brother, Blake never snarled or got grumpy like his brother, but now he growled. “She can’t be because she’s mine.”

He heard a groan against his back and turned to see Susie, whose face was brighter than a tomato as she moaned, “Please, can you take this somewhere private?”

Turning back to his brother, he looked around to notice quite a good sized crowd surrounded them.

Letting go of Susie and seeing the embarrassment on her face, he sighed and followed his brother to their office. Once at the stairs, he turned to let Susie up before him, only to stop when she was nowhere to be seen. “What the hell did you do to her, Brian? You’ve scared her off.”

Brian scowled at him and dragged him up the stairs to the office, closed the door, and turned on him. “Why do you think it’s me, Blake? Maybe you scared her off, and that’s why she didn’t follow us.”

“Really. My mate is running out of our gym like her life depends on it, and she smells like you and somehow I did it. I hadn’t even met her before I caught her, and stopped her getaway.” Blake raised his eyebrow at Brian.

“My mate?” Blake rolled his eyes at Brian’s comment and waited for his brother to acknowledge the situation properly. Brian grunted. “Fine, our mate, and you didn’t scare her off. I did. Well, so did Tayler.”

“I don’t know if I really want to know what happened because Tayler is a sweet teenager who has crushed on you for years. What on earth did you do to her and Susie?”

A moan slipped from his brother. “I met Susie yesterday. She joined the gym to lose weight.”

Blake growled at his brother. He loved women with a bit of meat on their bones, but Brian only went for stick figures. “It’s not as bad as you’re thinking,” Brian said.

“Really? Because I didn’t know you could read my mind now.” Brian snarled at him. “Look, Brian, just tell me. Did you tell her she was too fat for you, or she needed to lose loads of weight?” He watched his brother wince before he moaned.

“Not in those precise words,” Brian said. 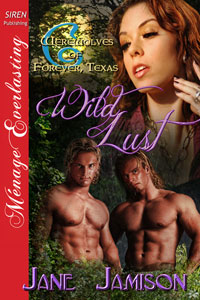 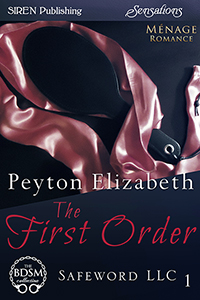