If you could save someone's life, would you? Anyone's?

Alasdair "Ali" Archer's older brother Tony has a swastika tattooed on his knuckles, a prison ID number for nearly beating an immigrant to death, and spent his teenage years ruthlessly persecuting Ali for being gay.

Blood may be thicker than water, but Ali has spent most of his life desperate to prove he is nothing like Tony. A committed vegetarian, charity-supporter, and blood donor, Ali would do anything for anyone. Ali may share parentage with Tony, but he’s determined not to share anything else if he can help it.

So when Tony contracts leukaemia, and Ali is the only match for the urgently-needed bone marrow transplant, Ali is caught between two equally awful choices: to refuse and condemn a man to death, or to donate.

And in donating, save the life of the man who nearly murdered Ali's Iraqi boyfriend? 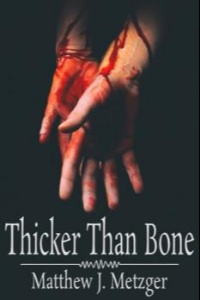 "What the fuck are you doing here?!"

Ali's angry voice jolted Yazid out of his happy buzz, and then there was a fist in his T-shirt and he was jerked from his seat to the wall, the slightly sticky paintwork hitting him too hard in the back and his quarter-pint of Guinness crashing down his trousers to the floor.

"Shoulda known it was you," Tony Barraclough snarled at disturbingly close range. His teeth were yellow, and he stank of cigarettes and weed.

"Oi!" Tracy bellowed from the bar.

"Get off me," Yazid snarled, and shoved. Tony was either too stoned or too surprised, and staggered back a good couple of feet. "You're barred, now get the fuck out before Nick decides to get in," he snapped, the good mood thoroughly gone. He'd had quite enough of this shit. At least at the new job, he could shove the bigoted bastard's hand in a deep fat fryer if he came knocking.

"Tony, get out of here!" Ali shouted.

"You skipped out for him?" Tony growled. His voice was hoarse and raspy.

"I have a life!" Ali shouted, throwing up his hands. "You should try one, now try it elsewhere!"

"Now," Tracy snapped, stalking over from the bar, all five foot nothing of her. "Yer barred, now get out before I 'ave the police in 'ere."

"You skipped out," Tony snarled, ignoring Tracy entirely, "for this pig-fucking Paki piece of shit!"

His voice rose exponentially until he shouted the last word, and Lee started up violently from the table.

"You shut your fucking mouth!" he shouted.

"Lee, can it!" Tracy yelled. "Danielle, get Nick in 'ere and call the police! I'm 'aving 'im off my premises!"

"You fucking stay out of it, darkie!" Tony shouted at Lee, jabbing a finger in his direction before turning back to Yazid and puffing out his chest. Yazid found himself straightening his own back. Okay. Thug wanted a brawl, he'd get one. Yazid was sick and tired of this utter bullshit.

"You skip out on your own fucking sister for this bit of halal meat, s'at how it works, Ali?" Tony snapped right back, and Yazid opened his mouth without thinking.

"Nah," he said, making an obscene gesture at his own crotch. "Halal drains the blood out, not pumps it up full. This meat's all haram, babe."

There was a blur of motion, and then pain and heat exploded across Yazid's face. The room spun; he felt the wall against his cheek, then his arm, and then he was sitting on the floor and people were screaming. There was hot liquid running down his face, and the entire world was red and black, splashes and round dots vying for his attention. He felt himself sway, and put out a hand to catch the wall, only to miss and slump against it head-first. Pain. Pain-pain-pain. There was --

There was a loud bang, and the bouncer -- N ... Ni -- the bouncer was shouting, and then there were dark shapes and Yazid could feel his stomach rolling.

"Bucket!" someone yelled. "Trace, get me a bucket, he's gonna hurl!"

There were hands on his arms and shoulders, and Yazid closed his eyes, feeling sick and shaky from the spinning. The heat was still coming, and his hair and clothes felt wet. He could smell Sol -- and that was it, he opened his jaw and threw up painfully. The clang of metal and the stench of vomit said the bucket had been got, and the screaming was morphing into the shrill call of a siren.

"It's okay." Softer, gentler -- higher. More frightened. Yazid twitched with the need to stop that fear, and curled his fingers around a hand that found its way to his. Ali. "It's okay, you'll be okay, you're okay, oh my God ..."

Then the pieces slotted together -- and Yazid realized, just as he recognized the heavy thunder of police boots on the weak boards to the main bar area, that he'd been bottled.