Claire Huntington Worth returns to her home town after her husband divorces her. Always being the good girl Claire has secret desires that only two handsome cowboys named Max and Sam can fulfill. The three quickly hook up and the two sexy cowboys teach the lovely Claire what it’s like to find love and happiness sexually and in life.

Sue Beth waved at her from a table close to the dance floor, and smiling, Claire wove through the crowds, greeting a few people, walking past others. After a quick hug, both friends ordered their drink of choice and settled back for the long overdue catch-up conversation.

“Oh my God, Sue Beth, is that Max Goodwin?” Claire asked after the waitress placed her margarita on the rocks in front of her and walked away.

“Yeah, that’s him and his friend Sam. Aren’t they gorgeous?” Sue Beth said, looking over her shoulder at the hottest two men in the county.

“Yeah, really hot. So what’s their story?” Claire asked after she licked some salt from the rim of the glass then washed it down with a big gulp of the smooth liquor.

“Well,” Sue Beth said in a whispery voice, leaning across the table as if she were giving a military top secret away. “Max and Sam like to share.”

“Women, silly. They’re into ménages. You know two men, one woman together having sex.”

Claire turned her head and stared at the two attractive men who now had their backs to the bar and were openly watching her. “Really?” Claire replied. She was interested now.

“Yeah, they’ve been with a woman or two from town but mostly travel down to Helena to a gentleman’s club that caters to that sort of thing.”

“Interesting,” Claire said as she continued to watch the two men. Claire ran her eyes up and down the two, smiling as they approached, their long, muscled legs encased in faded jeans and, well-worn boots covering their feet. Max wore a blue plaid button-up shirt with the sleeves rolled back, exposing his muscular forearms while Sam had on a plain black T-shirt tucked into his denims. They were two hot and sexy men, and Claire was damn glad she’d called Sue Beth to meet with her tonight. Sam Carlson was a tall, equally well-built cowboy with deep brown eyes and light brown hair. Where Max was dangerous, Sam was dark and mysteriously quiet. Together they formed a pair of women’s erotic dreams with his handsome face, broad shoulders, six-pack abs and an impressive penis settled behind the fly of his well-worn jeans.

Just then Max leaned over and said something to Sam, who nodded.

The teenaged girl that Max knew had changed. Instead of the stick-thin girl, there was a trim, well-proportioned woman with nice-sized breasts, not overly big but enough to fill a man’s hand, a tiny waist, and slim hips. As he smiled, his gaze took in her short denim skirt and a scoop-necked white tee that hugged her upper body like a second skin, causing him to get an erection just seeing her walk in.

“Hey, Sue Beth,” Max said as the two approached the table then, turning, faced Claire. “Claire Worthington. Is that you?”

Her greeting was warm as she told him how good it was to see him. When she hopped off the tall stool and wrapped her arms around his neck, Max openly accepted her hug, loving the feel of her breasts rubbing against his chest. The hug went on for longer than most, and Max took advantage by making sure his hard erection fit up next to her body, his penis bulging beneath the zipper of his faded jeans. Claire was the one woman in school that he had been attracted to, and his feelings for her hadn’t changed. He was still struck by her beauty and wanted nothing more than to lift her into his arms, carry her out of the noisy bar, and take her someplace quiet where he could bury himself deep within her.

Claire lowered her eyes to his crotch, her nipples beading, poking her white T-shirt like twin headlights, the fullness outlined in the thin knit shirt. She had always been the “good girl” who was really wild and uninhibited, ready to explore what she desired but had never experienced. Now, however, she was gorgeous physically, and she rubbed up against him, definitely ready to start up where they’d left off six years prior.

Leaving his arm around her waist, Max introduced Sam. “Claire, this is Sam Carlson, my business partner in M-&-S Ranch. Sam, this beauty is Claire Worthington.”

Seeing Claire practically drooling over his partner and friend, Max smiled and leaned to whisper in her ear. “I think that we’re going to have some fun, babe.” 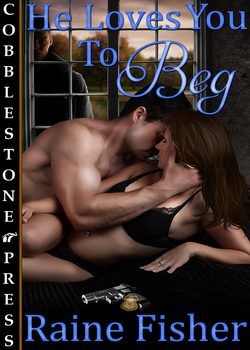 Safe and Assigned to Ecstasy (MFM)
Tonya Ramagos
In Shelf
$4.99
Tweets by
sirenbookstrand