In this sequel to Sweet Lenora, Anton and Lenora sail away from trouble in Rio de Janeiro only to encounter new problems. With only half a crew and a first mate that is hated and feared, they venture to San Francisco plagued by threats mutiny and illness. As they arrive at their destination, the ghosts of the past come back to haunt them and may prove to be the greatest menace of all. At each turn, the love they have forged is tested. Will it prevail? 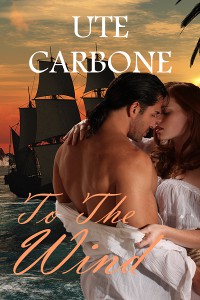 The world is a wicked place, full of lies and deceit. A man must stand strong against the force of evil, lest he perish. So I thought before Lenora came into my life. She was an angel, appearing in a moment’s time upon the deck of Sweet Lenora, the ship named for her. The ship I commanded. She seemed so fragile a creature I knew I must protect her from the world. And protect her I vowed to do for all my days on this earth. I had locked my heart away in a box of iron, but Lenora broke the seal and set my poor heart free.

We had gone through much in our brief days together, Lenora and I. As we ran from the trouble that pursued us from Rio port, my heart flew against the wind and I believed again in love. I had my Lenora beside me and where, but a few hours before, I dwelt in the shadow of a hangman’s noose, I was free now to gaze into her green-as-emerald eyes and run my fingers through her long, red-gold hair.

Yet even as Sweet Lenora heeled into the current, trouble had not departed us in its entirety. We left a dead man in our wake. We sailed with but half a crew, a motley lot of rag-tag ruffians assembled from the few willing to sail on with me.

Those among them I trusted could be counted on a single hand. Rupert, my cook, was one. A New Orleans man I had known since I was a child, he had served on the Carmen Anne, where I had been first mate. Maurice, the cabin boy, was another. He was but a child of ten, on his first voyage and the son of a good friend to my mother. I promised her to keep him in my care. And there was my heart, Lenora, to whom I entrusted my very life.