Fairy tales are simply tales, told and re-told, but changed over time.

It has been four months since Maggie learned the dark truth behind the tale of the Princess and the Pea and freed Princess Lindy from the cursed Emerald. Lindy is now back in the past where she belongs, queen of her tiny Scandinavian country, and Maggie is a fully reformed ex-stalker.

Except … she can’t stop doing internet searches on Lindy and her country.

One morning, Maggie wakes to find history turned on its head. Apparently, you can’t destroy a centuries-old curse without consequence. In order to prevent the changes in history from wiping out the present, Maggie resurrects her stalking gene and learns that fairy tales don’t stay dead for long. Or at all.

Back in 1623, Lindy is juggling a threat to her family, a handsome new guard she’s not supposed to have feelings for, and a cursed Topaz with ties to the tale of Thumbelina. When past and present collide, Lindy and Maggie are brought together again, and another of Andersen’s tales turns from twisted fiction to chilling fact. 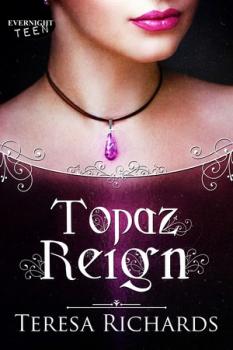 More From The Altered Stones 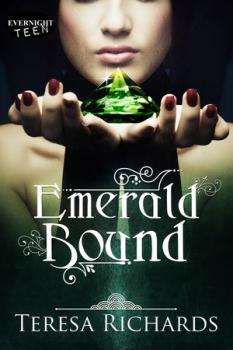 Internet stalking took on a whole new meaning the summer after The Emerald Incident. You were supposed to stalk hot guys. Frenemies. Maybe the occasional college recruiter.

But I couldn’t help stalking Lindy, even though she’d technically been dead over four hundred years. To me she’d only been gone a few months. She’d saved my family and become my friend, and I would never get to say thank you, or goodbye.

I stalked when I should have been studying. I stalked right before bed. I stalked first thing in the morning. I often didn’t realize what I was doing until my computer was already queued up to the history of a little-known country called Valstenia.

But history didn’t change. Lindy had lived a good life, and now she was gone. The end.

“Maggie, you’re going to be late for work!” my dad yelled.

My hand hovered over the computer mouse. “Just a sec!”

I also had Lindy to thank for the fact that my dad no longer lived in a grief-induced stupor. Shortly after The Incident, my boyfriend Garon had called, pretending to be the lawyer for a recently deceased—fictional—great aunt, with a handsome inheritance for me and my brother—money we’d actually gotten from selling the emerald Lindy had given me. My dad had been hyper-attentive ever since.

Even though I couldn’t get away with much anymore, I wouldn’t trade him for the ghost he used to be.

Unfortunately, he’d refused to use any of the money to update my bedroom, or buy me new clothes. He only caught up on the mortgage payments, then put the rest into the bank, insisting it was for us, not him.

As in, it was for college, not for fun. Ugh.

My fingers flew across the keyboard without my permission. I clicked on the link that was my new best friend and went to find my shoes while my computer thought about obeying me. My dad also refused to buy me a laptop. “Waiting teaches character,” he said whenever I complained about how slow my old desktop was.

I found my shoes underneath a pile of clean clothes that hadn’t quite made it into my drawers yet. The shoes were tan suede ankle boots—with three inch heels—and I hated them. But they went much better than my sneakers with the khaki mini-skirt and starched white shirt I had to wear to my summer job at the Gap. I scowled at the shoes as I worked them on.

When my feet were properly confined, I sat up and glanced at my screen. “Stupid, slow computer! Oh, wait…”

Piper said I should stop talking to my computer, but I kinda liked having someone—okay, something—to yell at whenever I wanted to. It helped me avoid thinking about the fact that Garon had given up his whole life—his destiny, even—to be with me.

I was glad, of course.

Well, at least, the selfish part of me was. But another part of me wondered what I was keeping him from.

“Why couldn’t you find the page?” I yelled at my computer. “I’ve only been on it like a thousand times a day for the past three months!”

“Ugh!” I clicked the search box and typed, Queen Shalyndria Valstenia. I slid a clip into my hair to pull it away from my face. My bob was too short for the mandated ponytail, but my boss insisted I make some sort of effort to put it back each day. I glossed my lips and did my mascara.

It was really time for a new computer.

“I’m coming, I promise!” My car had refused to start yesterday and was now sitting in the repair shop awaiting a prognosis. So today, I was at the mercy of my dad for a ride to work.

Finally, the page appeared. But the link I’d clicked on months ago was no longer there. The top result used to be a Wiki page listing the details of Valstenia’s final years, and the benevolent Queen Shalyndria who had peacefully led her country until it became part of Sweden in the late 1600s. That was the page I’d memorized word for word in the time since I’d last seen Lindy.

But now the top result was a page on Valstenia itself. Holding my breath, I clicked on it and scanned the text. There was no mention of Lindy—er, Queen Shalyndria—anywhere. My pulse quickened as I re-read the passage. Garon and Lindy’s father, King Edvin, was mentioned only briefly. After his death, several names were listed as rulers, but none that I recognized. I kept reading:

“In the late 1600s, Valstenia became part of Denmark…”

Wait, what? Valstenia had become a part of Sweden, not Denmark. A chill slipped down my spine. What was going on?