Cursed by an impatient witch to turn into a tortoise at inopportune moments, Tip is horrified to find himself tortoise-napped by a customer at the Isle of Wight cafe where he works.

Things start to look up when Tip ends up very literally in the capable hands of drop-dead gorgeous Steve, but Tip soon begins to wonder just how far he can trust Steve, who turns out to have a close connection with his kidnapper. Tip’s attempts at a normal life -- and love life -- seem doomed to remain frustrated in more ways than one!

“So, how did you develop this, ah, interesting ability?” Steve continued.

“It’s not an ability, it’s a curse.” Tip’s shoulders slumped, and the neck of the over-large T-shirt slipped right off one of them. He hitched it up hurriedly. “All I wanted was to do a bit of shopping. I found these beautiful tie-dyed skirts in a little shop down at Arreton Barns Craft Village, lovely shades of pink and purple they were, but I just couldn’t decide which one to go for.”

Steve’s eyes widened, and he drew back almost imperceptibly to stare at Tip.

“It was going to be a birthday present for my sister,” Tip added hurriedly. Could he look any more like a girl? “Anyway, it was closing time, and I know the woman just wanted to make the sale, pack up the shop, and go home, but she was really getting on my nerves, tapping her feet and looking at her watch, and it just made it harder to choose. So in the end I said I’d leave it for now, and she got really mad at me! Said if I enjoyed going slow and wasting people’s time, she’d make it easy for me, and then she started muttering strange words at me, and all of a sudden poof! I was a tortoise.” Tip stopped to draw breath. “It was awful. I didn’t even know what had happened at first -- I felt all funny, and everything went dark, but that was because I was buried in my clothes. I didn’t realise I was, well, tortoise-shaped until she picked me up and put me out the door like a strange cat that had walked in and sicked up on the carpet. I thought it was going to be forever,” he added, shuddering in memory.

Steve nodded sympathetically. “How did you change back?”

Tip shrugged and had to hitch his T-shirt up again. “It just seemed to wear off, several hours later. It was dark by then, thank God. I hadn’t gone far from the shop, obviously, and so once I was human again I climbed in through an open window and grabbed my clothes back. Then I drove home, had a stiff drink, and tried to forget all about it.”

“And then it happened again?” Steve’s shoulders once more nudged companionably against Tip’s.

Tip tried to ignore the effect the contact was having on his groin. “Yeah, only without the mad old witch mumbling at me. Since then it’s been two or three times a week, with never more than about five minutes’ warning. You’ve no idea how much of a pain it is. I can’t travel by plane in case it happens, swimming’s out, too -- I’m not an aquatic species, I’d probably sink like a stone -- and as for my social life ...” Tip trailed off, reluctant to go through his sorry history of foreshortened dates. “I’m not normally this pathetic and whiney,” he added in the face of all the evidence.

“Of course you’re not!” Steve said bracingly. “You know what? You need to stop letting this get you down. Come out --”

“Do NOT say come out of your shell,” Tip ground out, tight-lipped.

“-- for lunch with me,” Steve finished smoothly, as if he’d never been interrupted.

Tip blinked. “Really? I’ll warn you now, I may not make it to dessert.”

“Just a bit. Last bloke I had to run out on still isn’t speaking to me. Um. That is the latest James Lear over there, isn’t it?” Realizing a little late that he’d just outed himself, Tip crossed his fingers. He’d learned from experience that a lot of men were all right with the naked bit unless he let slip he was gay, at which point things would tend to go quickly and appallingly pear-shaped. And okay, Steve had just asked him out for lunch, but Tip had found to his chagrin that wanting lunch with a bloke and wanting rampant mansex with him were two very different things. The fact that he was wearing this guy’s clothes would probably make it worse ...

Steve was frowning. Tip braced himself for flight or flattening. “To be honest, I think he’s got a new one out now.” The frown broke into a sunny smile. “Still, I like the ones with Mitch in the best—how about you?”

“Thank God!” Tip grinned somewhat moronically in relief. “I mean, yes. I think. Um, what was the question?” 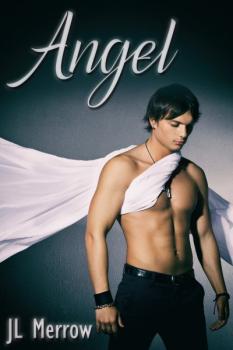 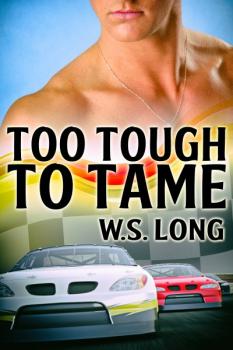