Levi Branton has just invested in a new breed of horse that could really pull in money for him -- if he can transport them safely back to the ranch. But the train he’s on is teeming with trouble, most of which surrounds the attractive and available Asa Eberhardt.

Can Levi let his guard down enough to fall for a man on the run, or will their indulgence lead to disaster? 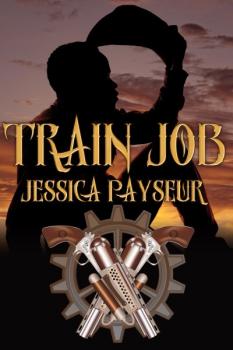 Either this man was working on some scheme, or he was as interested in Levi as Levi was with him. And Levi dared not hope too much for the latter, not yet at least.

“Where you headed?” asked Asa.

“Back to the ranch,” said Levi, considering a drink from his flask. He relented, had a swig, then offered the whisky to Asa. “You?”

Asa took the flask, had a drink, then shrugged.

Levi did not care to give too much away, not with his Cauldewell Cogs right there. He replaced the flask and pushed his boot harder against Asa’s. Still no reaction.

“My ranch. Kettlespur. I raise cattle.”

Asa did not attempt to argue with him over whether he could possibly own his own ranch.

“So you’ve got cattle back there.” When Levi grinned, he shrugged. “I don’t care. I’m transporting something important, too. I’m an inventor.”

“Yeah,” said Levi. The man did not look like an inventor to him, but he wasn’t going to argue. Just file it away as some bullshit story.

“That’s why they’re after me. A lot of money’s at stake for some pretty prominent people. Thanks again for the help.”

“I was going to push you out and let you eat dirt.”

“But you didn’t,” said Asa, almost looking amused at that. “What changed your mind?”

Levi decided it was as good a time as any to make a move. He’d know for certain then what Asa had in mind, or if he was overreacting to their closeness.

“Your ass,” he said. “Saw it back at the station. Seemed a shame for it to have such a demise.”

Asa grinned at that.

“You don’t say,” he said, but his eyes strayed to the open door. Levi took a moment to consider that his statement hadn’t bothered Asa, but the door did. His pulse began to speed up. He actually had a chance with this man. He just needed to get them to a private space. He wondered whether simply shutting the door would be enough; taking him back to the horse cars was out of the question. Being up for a bit of a tumble was not the same as being trustworthy, and while Levi didn’t need the second, he was not about to do anything stupid trying to snare himself the first.

“You don’t look too bothered by that.”

Asa turned back to him with a shrug.

He leaned forward further still and slid his hand across Levi’s inner knee. The closeness was too good; Levi hadn’t been with anyone since his favorite farmhand had moved back out east to be with his dying mother, and that had been months ago now. He tried to keep a level head even as his clothes grew too tight.

Asa opened his mouth for a reply that Levi was anticipating he would fully enjoy when a commotion outside the car started up. Immediately Asa drew back and Levi straightened, neither of them wanting to be caught so close, particularly as the noise was drawing nearer.

Levi shot Asa a quizzical look but he looked as confused as Levi felt. He wanted to get up and go back to the horses, but he knew that would be a bad move. He waited for the commotion to die back, cursing himself when he looked up at the shadow in the door only to find a steam pistol pointed at his face.

“Right, boys,” said the woman. Levi recognized her as one of those from the group standing sheepishly on the platform. She had a pistol in each hand, the steam one pointed at Levi’s chest, another that shot bullets trained on Asa. Levi knew better than to test a woman with a gun; in the time it took him to stand and cross to her he could be dead.

“Not a missionary, then,” said Asa.

“Shut up,” she said, “unless you’re going to tell me where you put it." 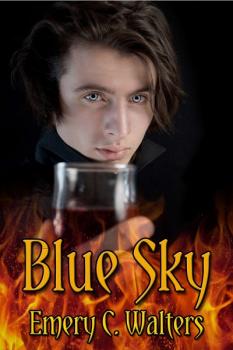