Trevor loves his life. He has a great family, amazing friends, his art, and the warm and inviting café where his creativity can come to life. His hard work has paid off, but something is missing. Despite his success, he feels tired and lonely.

Then a sexy stranger walks into the café, and into Trevor’s life.

Jordan’s dream has always been to be a songwriter and singer. Disillusioned, he walks away from his band to pursue his dream on his own. In Trevor, Jordan finds everything he ever wanted in a friend and partner.

Then Jordan is offered the deal of a lifetime. Will he choose love or success? Or can he find a way to pursue his dream without losing Trevor? 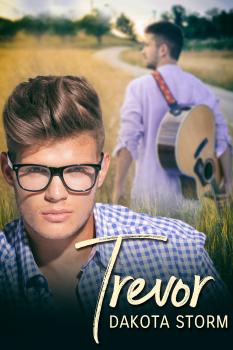 “Can I help you?” Trevor asked while putting cookies and pastries in the cabinet.

A deep and soothing male voice answered, “I would love one of those.” Trevor turned to the customer who pointed at the pastries. “And a cuppa ...” Trevor looked up into the warmest grey-blue eyes he’d ever seen. He was struck dumb. He usually prided himself when someone said a cuppa ... and left it hanging as if suggesting he should give them free samples of his coffee creations, but all he could do was stare.

The stranger had to know his own sex appeal. It wasn’t that the guy was particularly beautiful, but he had a deep soothing voice, a carefree smirk and a twinkle in his eye, and scruff on his cheeks and chin. Sexy was a more accurate description.

Hmmm ... Then, hearing a deep chuckle, Trevor unstuck his tongue and smiled at the newcomer. He grabbed the pastry, plated it, and presented it with a flourish. He quirked a brow and asked, “Would you like to try one of our house blend coffees? Our latte that is to die for. Or perhaps a ...”

The stranger put his hand up as if to stop Trevor’s speech. “What exactly is a cuppa?” He leaned against the counter case and pointed at the sign over the list of coffee creations.

Trevor took the opportunity to look at the stranger. Trevor was taller than most guys in the area, but this guy was at least six-four and it made Trevor’s heart race. He always liked his guys taller than him. It made kissing so much better. He loved to feel towered over, maybe a little dominated. This man wore a pair of faded jeans, a T-shirt with a flannel shirt open on top, and what looked like a guitar case tossed over his shoulder. Another weakness of Trevor’s ... a musician. Holy shit. A fucking musician.

Laughing at the question, which Trevor got every day from new customers, he gave his explanation. “Well, when someone asks to meet you for a cup a coffee who knows if they actually drink coffee, you know? And no one asks people out for a cup of tea anymore, so it’s a ‘wanna meet and grab a cuppa?’ ... Then people don’t feel obligated to get coffee specifically. What cuppa can I get for you?”

“Ah!” was all the stranger said. He studied the menu board, perusing the offerings. Trevor admired his long throat as he looked up. He tilted his head as if curious or fascinated and then he looked at Trevor and shrugged.

“I’ll try the house latte with no foam and extra sugar please, to go.” Trevor wanted to keep him talking, but more people were entering the café and he refused to keep the locals waiting.

“Coming right up!” Trevor went over to the machine to start the latte and couldn’t help but peek at the stranger who hadn’t moved but seemed to be studying the area. Trevor could tell by his expression he appreciated the laidback ambience.

“Would you like your pastry heated, sir?” Trevor inquired while putting the lid on the latte and handing it over to the man.

“No thanks, I’m good.” The stranger paid, left a tip in the jar, and left the bakery. The next three customers were regulars, so it took no thought to get their orders ready. With a friendly smile and some small talk Trevor served them and got them on their way.

He couldn’t help but wonder about the stranger. He’d have to keep an eye out for him. Trevor looked at the tip jar. He always thought a tip jar in the customer’s face was tacky, so he decided instead of tips to pay his employees more money per hour, so the ‘tip jar’ was there for fundraisers he promoted within the community, changing the cause a few times a year to spread the wealth. The customers seem to like the idea, so he kept going with it. This month the fund raised money for the Medford High Art program at his old high school. He loved getting involved in the community and helping others, his parents were the same way and it rubbed off on him. Art and photography were his second passions. He loved to capture moments on film and recreate them or change their dynamics by putting them in a black and white background.

When Dana and Jacob came back from break he decided to catch one of his own before their next rush by running some errands. As he left the front entrance he heard the sound of a guitar strum coming from the picnic table he had out on the sidewalk. Sure enough, the stranger was strumming while making notes in a binder every so often and then trying what sounded like the same cords again. Trevor wanted to go over to sit and listen, but he could tell the guy was busy and didn’t want to intrude. He went about his business and when he returned, the stranger was gone. Oh well, maybe I’ll see him again. I hope. 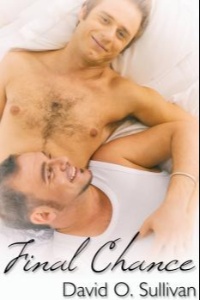