In a future where outposts swelter beneath a nuclear sun and run-gunners patrol dusty wastelands to protect against winged creatures known as devlars, Trin is the mech at the waystation in Arens. He has a thing for the gunners: rough men with strong hands and hard bodies, who roll through his garage like the hot desert wind.

Gerrick’s the best gunner around, a quick draw with a deadly aim and a penchant for sharing his pallet with young men. He has a roving eye and roaming hands, and has left a string of broken hearts in his wake.

Having heard the tales of Gerrick's bravery and seen the man in action for himself, Trin has fallen in love with the man he believes Gerrick to be, and he’s sure he can change the gunner’s mind if given the chance. Gerrick’s all he wants out of this blasted world, and he tells anyone who will listen.

Then Gerrick rides through Arens. He’s heard the rumors of what Trin will do for a gunner who only mentions his name. What he wants to know is, what will Trin do for him?

Chewing the Bone Reviews:
"Snyder writes a well crafted story about unrequited love for which a fantastic plot brings together a delightful twist to the story's end. As I read the characters quickly grip my attention, holding it throughout the story. I recommend this story and will look forward to reading many times over."

Literary Nymphs Reviews: 5 out of 5.
"This is a very moving story that stirs the emotions on several levels. The characters really come to life in this well written saga of heartbreak, and pay back."

Rainbow Reviews: 5 out of 5.
"This is love and lust that isn’t pretty, but is more realistic than stories full of sunshine and roses. I believe everyone who reads this story will find something about it that rings true in their life."

Review by boylove_addict:
"Though it has romantic aspects, Trin is NOT a romance ... It's more of a reflection on the nature of love, lust, obsession and relationships ... An excellent read ... as long as you remember this is not your typical romance or erotica."

Review by Elisa Rolle:
"This is a very melanchonic story, about love and jeaously, about want and need. Gerrick is a strange character, you can love him but easily you can hate him: he is careless and use the old man motto: I love you so I leave you to not hurt you ... Trin is young and deeply in love and doesn't want to listen to savy words: he only listens to his heart, even if it led him to a wrong path. He led him to an end that leave you with a bitter taste in mouth, but it is the only real end you can have, cause it is inside the characters."

The Naughty Bits: Grade A.
"I consider it very a stunning bit of writing. This book will never rest easily on my favorites shelf, the really powerful ones never do. This one will sit in the back and be brought out to show someone just how effective a little eBook story can be."

Two Lips Reviews: 5 out of 5, with a "heat level" of 3 out of 3.
"I was enticed from the first sentences and the plot was off and running. Sensations of sensuality are present from the very beginning without being belabored, and the characters' dialogue is realistic and enticing. Rarely has a novel made me this hot, this fast, and it's surely left me anticipating more from this inspired author. I read the entire story with my heart in my mouth, and the stunning denouement was totally unexpected. I can't recommend Trin highly enough."

Aissa makes no motion to leave the two of them alone. Her eyes shine like new copper pennies and she has to bite her lower lip to keep from grinning as Trin follows Gerrick around to the front of his truck. He gives her dark looks that the gunner doesn't see, but she ignores them. "Go get him," she whispers. She gives him her best sex kitten growl, a rumbly rrrawr that makes his face burn.

"Shut up," he mutters. Aissa laughs and Gerrick looks back at him, bemused. "Don't you have anything else you could be doing?"

She thinks a moment -- the other gunners are inside the waystation now, probably ordering lunch and popping coins into the jukebox. Aissa runs the kitchens but she has a slew of chore girls under her and doesn't have to help out when the men ride in. Shaking the curls from her face, she says, "Nope. Not a damn thing."

At the front of the truck, Gerrick stops and leans against the running board, waiting for Trin. The gunner's gaze is like the sun on his body, warming his skin through the thin clothing he wears. "Trin," Gerrick says softly. Trin walks around the truck and resists the urge to fall into him.

He tries to lift the hood and can't. He slips his fingers into the crack where the hood meets the rest of the truck and feels for the release mechanism, but it's not there. He tugs on the hood, sticks his fingers under it again in search of the release, frowns at the truck and tries to pretend Gerrick isn't staring at him. But sweat trickles down the sides of his face because it's hot in here, he's hot, and he can't get the damn hood open. He's done this a million times, he doesn't know why it's not working now, he's found the release, he can feel it but can't seem to open the goddamn hood --

"Here," Gerrick tells him. He takes Trin's arm to move him aside and Trin almost swoons from the touch. "It's a little tricky, kid. You have to know what you're doing ..." He eases his fingers under the hood and his tongue comes out to touch the end of his moustache as his fingers fumble for the release. "Temperamental," he says with a glance Trin's way. "Like an old man. You just have to touch him right and --"

The hood pops up an inch and Gerrick steps back, grinning. He winks at Trin. "You'll get him up," he finishes. Sweeping an arm at the open hood, he says, "All yours, boy. Trin, is it?"

Trin nods. The hood is heavy -- for a few scary moments he can't seem to dislodge the thin metal rod that will hold it up for him, but finally the rust breaks away and he can prop the hood open. Peering into the maw, Trin catches his breath when Gerrick leans down beside him. He has to clear his throat twice before he's able to speak. "The shocks?" he asks. Dimly he's aware that he sounds as if he's never seen a motor before.

A firm hand encircles his elbow. "Trin," Gerrick murmurs. When Trin turns, he finds the gunner right up on him, so close that he can see the sunburnt skin begin to flake on the man's forehead. "Blain's brother, right?" Those gray-green eyes look through him and Trin thinks, Blain who? "How's that old bastard been?"

"Alright," Trin whispers. In his dreams of meeting the gunner one day, he never imagined that all they'd have to talk about was his brother. He always has a million questions for the others who come through here -- how do you know Gerrick? and where's he been running lately? and tell me about the last time you met up with him, everything he said, every little detail. And now that he's confronted with the man, his tongue can't even form the most rudimentary words. With those sure fingers on his arm, his brain is having a pretty hard time even thinking in language. At the moment he's just a swirl of emotion inside.

"Trin," Gerrick says again. Hearing his name in that voice, Trin's heart skips a beat. Those lips curve into an amused grin below the grey-blonde bristles of his moustache. "So you're the one always asking after me, eh?"

Footsteps puncture the moment as Aissa moves away from the truck. Trin's gaze flickers to her as she comes around to where they stand -- she sees that hand on his arm and hears the gunner's soft words, and the look she gives them says she expected as much. "Going to get the hose," she laughs, walking away. "Don't mind me."

Gerrick sighs, exasperated. He releases Trin's elbow. Ghosts of his fingers linger on his skin. "How about tonight, kid?" he asks. Trin catches his breath and Gerrick shrugs. "I've heard the things you'll do for a gunner who mentions my name. What I want to know is," and his smile widens suggestively, his eyes brighten, "what'll you do for me?" 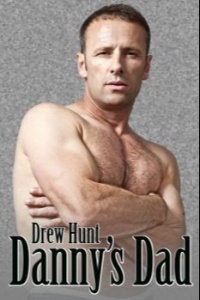