Jordan Matthews is a good kid, an average student, and has never gotten in trouble at school before. But today he finds himself in the principal's office with fellow classmate Casey Sothern. He doesn't think they've done anything wrong, and doesn't expect much in the way of punishment until Casey's mother arrives.

Which means someone's called his parents, too.

And they'll know Casey isn't just his best friend, but his boyfriend, as well.

Then Jordan sees his father storm through the front doors of the school. Any punishment the principal has planned for catching the two boys kissing in the hall between classes will pale in comparison to what Jordan's father might have to say. 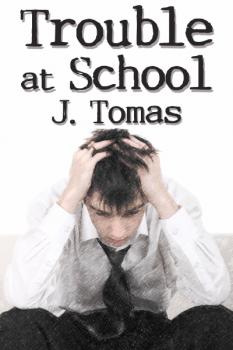 At quarter after one in the afternoon, Jordan Matthews sits in the principal’s office awaiting his fate. This is the first time in all his fifteen years that he’s been to the principal’s office, ever. The period bell rang six minutes ago, making him officially late for his English class, and he’s going to miss the quiz his teacher gives every Wednesday because he’s here.

In the principal’s office.

He isn’t exactly sure what it is he’s waiting for -- his classmate Casey Sothern was sitting with him for a while, until Casey’s mother showed up. Then the door to Mr. Form’s office opened and the principal glared at the two boys over Mrs. Sothern’s shoulder. Casey was ushered into the office with his mother, and Jordan hasn’t seen either of them since.

Until Mrs. Sothern showed up, Jordan hoped things had just been blown way out of proportion. He expected a scolding -- maybe Mr. Form would tell Casey and him to be more careful in the future, and even laugh about it with them before sending the boys back to class. But when Casey’s mother arrived, Jordan knew the shit was about to hit the fan. Because if she’s here, that means whoever called her probably more than likely also called his own mother, as well.

And if she finds out why he’s in the principal’s office in the first place, he’s dead.

He sits in the last chair in a row of seats lining the wall. Floor-to-ceiling glass panels close in the principal’s office, separating it from the rest of the school like a prison yard. More like a gas chamber, Jordan thinks. Everyone who passes by the office can see in -- can see him. He’s gotten quite a few looks already, and from the way the students whisper to each other when they glance his way, he knows word is already getting out about why he’s in here. He feels like a goldfish trapped in a bowl, his mind swimming in circles with increasing terror. If Mrs. Sothern hadn’t shown up, he could’ve believed he’d get detention, tops. Now he’s thinking in-school suspension, maybe worse.

Is there anything worse? Jordan doesn’t know, but he sure as hell doesn’t want to find out.

On the other side of the reception desk, the school secretary types furiously. Every now and then she peers over the top of the desk to look at him, as if to make sure he’s still there. Where else would he be? In class, he thinks, staring at the top of her head so the next time she looks over, he’ll be looking back. Taking a quiz. Why did I bother reading three whole chapters of The Scarlet Letter if no one’s going to ask me about them? Turns out it’d been a waste of time he could’ve spent with Casey instead.

Above the reception desk, a large analog clock ticks down the minutes to the next bell. He hears the faint tick tock tick tock sound it makes over the clinking keys on the secretary’s computer keyboard. Mr. Form’s door is still firmly shut, and Jordan’s beginning to wonder if maybe there’s a back entrance or fire escape the principal uses to let students and their parents out after they see him, because surely whatever punishment he wants to hand down has already been decided upon ...

From the corner of his eye, Jordan notices the front doors of the school open. As he turns to see who it is, his heart drops to his stomach. He recognizes the familiar swagger, the dark green work pants, the khaki company shirt whose left pocket is embroidered with the logo for Matthews Construction.

His day just got worse, if that’s even possible. As Mr. Matthews crosses the hallway, heading for the principal’s office, he catches sight of Jordan and scowls.

Jordan sinks into his seat and wishes he could just disappear.

No such luck. The glass door opens beside his chair and his father storms into the office. With a nod at the secretary, Mr. Matthews takes a seat one over from his son, leaving an empty space like a chasm yawning between them. Hunkering down over his knees, Mr. Matthews pins Jordan with a steely gaze and, in a tightly controlled voice, asks, “What’s all this nonsense about?”

Jordan doesn’t know what to say. Did the secretary tell his father why he’s in the principal’s office in the first place? If she didn’t, Jordan doesn’t want to be the one to break the news, but he’s sure Mr. Form will have something to say about it whenever they get called back into the inner sanctuary. Over the past year, Jordan’s played out a wide variety of scenarios in his mind, different ways he’d tell his folks the one major secret he’s keeping from them, but he never dreamed they’d have to find out like this. 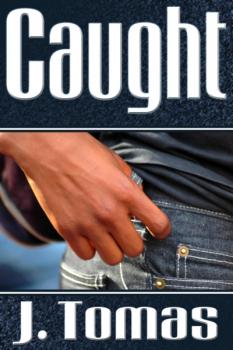 The Wolf of His Dreams (MM)
AJ Jarrett
In Shelf
$3.50
Tweets by
sirenbookstrand