“Pink or purple?” Markie held up two Polo-style shirts. He cocked his head and thoughtfully studied one before checking out the other. “Purple?”

Draegan McCall grunted. “Some men claim they hear voices inside their blasted heads. Me? I have one that follows me around wherever I go.”

“Ah, doll. That’s real sweet.” Markie flitted across the room in his high-heel boots. “One of these days, you’ll miss me when I’m gone.”

“Any idea when you plan to leave? I’ll throw you a helluva going away party.”

“You got me.” Markie saucily licked his index finger, striking up an imaginary point.

Draegan and Markie were as different as night and day, but they’d been best friends for as long as Draegan could remember. Wherever Draegan went, Markie followed close behind.

“I’m standin’ in your room for a reason, sugar.”

“I can see that,” Draegan said, staring at the red shirt he’d just purchased. If he’d taken the time to clip off the price tag, Markie wouldn’t have set his sights on something new.

Markie huffed and puffed a few times, all for the sake of theatrics. He lifted his left arm and frowned at choice number one. “Um…ya know what? This one may be more lavender. When one thinks of purple, he thinks of a deep amethyst shade. Ya know?”

“Uh-huh,” Markie sang, nodding his head up and down. “Like the pretty birthstone for February, which happens to be my—”

“Birthday month. How could I forget?”

Markie grinned, strolled across the room, and quickly pinched Draegan’s cheek. “Of course you wouldn’t, doll. It’s a month-long celebration.”

“Always is,” Draegan muttered under his breath, unscrewing the top of his cologne and dabbing some on his neck.

Feeling Markie’s gaze burning a hole through him, he turned around. “What?”

Markie tapped his neck region then sliced his hand down the center of his body. He stopped right above his groin area.

“Start at the collarbone and dab all the way down, sugar.” He fluttered his eyelashes. “That’s what I do when—”

Draegan slapped his hands over his ears. “I don’t want to listen to your X-rated memories, Markie. Please. For once let me go on a date without my gay friend offering pointers.”

“Well, I can’t give you pointers anyhow.”

“Agreed,” Markie said, shifting his weight between his feet. “Cause I like dick and you like pus—”

“Just sayin’, sweets.” He stood in front of the full-length mirror with a serious expression stamped upon his face. “All jokes aside, what do you think?” He lifted both shirts and see-sawed his arms as he seemingly tried to reach a final decision.

“What are you askin’ me?” Draegan stopped rummaging through his closet.

Markie clucked, tilted his head sideways, and narrowed his gaze. “The pink really brings out my eyes. Don’t ’cha think?”

“Ah for the love of God.” Draegan snatched his new red T-shirt. Hangers clanged together as he tossed his latest purchase at Markie. “Next time save us both some trouble and just ask.”

Markie grinned from ear to ear as he juggled his shirts and caught Draegan’s. “You know I love ya, sugar.”

“Is that all?” Markie drawled, working his swagger as he sashayed to the center of the room with his arms spread wide.

“I don’t have time for this,” Draegan said, dodging his best friend as he puckered up and blew kisses to the room.

Harley and Mac, Draegan’s brothers, entered then, sporting their sheepish grins. Apparently it was just Draegan’s day for disruptions.

“Are we interrupting something, man?” Harley teased.

Harley elbowed Mac. “Keep that in mind. If Sable ever sends you packing to the couch, you have options.”

“I’d hate to make big brother jealous. Speaking of which. What’s up with you, Draegan? Walking around this place in your underwear sort of invites trouble.” Mac jerked his head at Markie, but Markie was already wiggling his way into Draegan’s shirt, striking poses in front of the mirror, all of which were reenactments of Marilyn Monroe’s famous windblown white dress pose.

“I don’t want to hear a word from either of you.” Draegan waved his fingers in their direction.

“Wait a sec,” Markie said, whirling around to face them. “It just occurred to me.” He pointed at the alarm clock next to Draegan’s bed. “It’s nearly six o’clock and you smell like a freshly showered stud-slut.” He tapped his chin with his index finger. “I spy a handsome guy dumping a whole bottle of aftershave all over himself which he followed up with that expensive cologne right there on the dresser.”

“Well how about that, Harley?” Mac grinned. “Looks like big brother pulled one over on us. Huh?”

“What are you rambling about?” Draegan returned to his closet and considered his choices. He’d meant to wear his latest clothes before Markie stormed his room with his obvious hints.

“Seems I might have heard something about a hot date tonight. Any truth to it?” Mac asked.

“Let me guess. You immediately passed the news on to Harley and anyone else ready to bend an ear?”

“Did you say date?” Markie dramatically pinched his nose and held his pinky high in the air. “Really, darlin’. If what Mac is sayin’ holds some truth, if I were you? I’d go shower again. You smell like a gigolo who has already had a few dates with the gents who wear the stuff that clears out sinuses.”

“You’re rotten to the core, Draegan McCall,” she whispered, planting another kiss on his lips.

This time, he looped his arm around her waist and swung her back over to her bucket seat, towering over her and hating himself for bringing a vehicle with a console between the seats. He’d wanted to act all upscale and civilized so he’d brought the Corvette and now he was wishing for one of the pickup trucks or at the very least, Trouble’s van.

Thinking about the van then made him half-hard. He would’ve had his way with one beautiful woman if he’d been a bit bold and driven the love wagon. He grinned at the thought and she placed her fingers on his lips.

“What were you thinking just then?”

He reached around her hips and hit the seat lever, definitely disappointed when it only slanted a tad. “That’s the trouble with these cars. There’s not a lot of play in the reclining option.”

Nipping at his lips, she reached between their bodies and to his surprise, she made the first move. Cupping his sac, she gently pushed up on his balls, toying with him, playing him.

“You lookin’ for some excitement, doll?” He held his head away from her and narrowed his eyes.

“Uh-huh,” he said thoughtfully, wondering how much play she wanted exactly.

He didn’t wonder long because her devious mind was already churning. Her fingers went to his zipper and she opened his fly in no time flat.

“You’re starting somethin’, I may ask you to finish.”

“I wouldn’t start it if I didn’t already know that much, Draegan,” she whispered, pulling his bottom lip between her sharp teeth.

Draegan cursed then as he tried to throw the seat back just a tad farther. When it wouldn’t budge, he curved his arm over her head and did the head-thing she’d accused him of, summoning her to come and take the kiss she seemingly wanted, the one he was most interested in receiving now that her fingers were tracing the ridges of his erect cock.

She dragged those naughty—and definitely firm—digits across the swell of his lip, her brown eyes now hazy and seductive as she parted his lips by touch and then by stealing away with another breathless kiss. This time, her other fingers dipped underneath his boxers. She shifted her weight forward and grabbed hold of his warm cock, stroking him as she kissed him.

“Well I sure never expected this,” he whispered, backing away from her luscious mouth and staring down at the feisty woman who was apparently determined to wreck his planned control.

“What did you expect?” she asked softly, her mouth opening and closing as she pulled and released his lengthening cock.

“God help me.” He blew out a hard breath and then kissed her again, afraid if he stopped kissing her, the hand job would cease, too. And he sure as hell didn’t want her to quit yet.

Their tongues dueled for the lead then and he weaved his hand in her hair, raking his fingernails across her scalp as he ate at her lips, nipping and biting, giving back what she’d first given him.

Her hand fastened to his cock and she pumped him with an arousing rhythm. She was a she-devil then, a real vixen as she tilted her head and pulled away from the kiss, watching him or perhaps his reaction to the way she handled him.

Draegan blew out a hard breath, wondering how he’d ever get his cock zipped back up in this sort of fix. Then, as if she’d read his mind, she flattened her hands against his chest and pushed him against the driver’s seat once more.

Before he made some stupid man comment, her head was in his lap. Her teeth were at his zipper and her fingers were unsnapping the last obstacle in her way.

“Good Lord, woman,” he rasped, pushing his hips up as soon as her mouth went to his tip.

“Are you complaining?” she asked, tracing the lines in his taut balls as she looked at him with these witchy eyes.

“Not at all,” he promised, going for a kiss but puckering at air.

Her head went to his lap once more and this time when she dipped lower, her mouth was ready. She wrapped her full lips around his shaft, gliding right on down until her nose was practically buried in the scattered hairs around his prick.

“Sweet fucking mercy,” he crooned, resting his hand on the back of her head, certain she’d soon suck the shine right off the glistening tip now oozing with his excitement.

The woman’s tongue was pure sin and she apparently knew it. She looped it around his cockhead and massaged his swollen shape with the roof of her mouth, humming enough to shoot ripples of vibrations straight through his shaft. 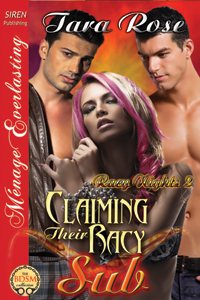 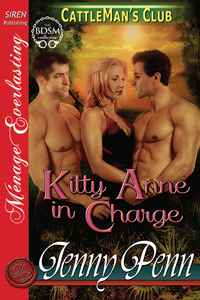 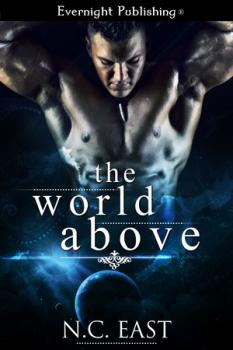