Truck Me All Day Long (MM)

Adrian Mitchell is miserable. His boyfriend, Brandon Perez, cheated on him, so he kicks him out of the house. But when a friend points out that Brandon’s cheating is a symptom of a deeper issue -- Adrian being a control freak -- he has to face some harsh truths about himself. Yes, Brandon made a huge mistake, but Adrian isn’t a peach, either.

To get Brandon back, Adrian will have to open up about his past, and why he’s always been afraid to give away control to anyone. He’ll have to convince Brandon that he’s willing to change, because he can’t live without him anymore, cheating be damned. He needs Brandon to come home.

Truck Me All Day Long (MM)

The silence stretched for some minutes, causing me to worry a little, until Brandon blurted, "Yesterday was my last day at the pharmaceutical firm. I've decided to become a chef."

"You what?" I yelled, and immediately regretted my words. Brandon looked at me in shock. Out of the corner of my eye, I saw a few people turn their heads to stare at us.

I shook my head. "Forgive me," I said in a lower voice, "you took me by surprise, and my response was uncalled for. I'm sorry."

Brandon raised his beautiful, thick eyebrows in surprise. "Since when do you apologize for something, ever?" That stung, but it was the truth. I was always the last person to admit to wrongdoing.

I grunted. "People can change, you know, even stubborn asses like me."

He leaned back in his seat and watched me. "I would never have thought to see the day when Adrian Mitchell said he was sorry."

I was embarrassed now and felt my face heat. "Yeah, well, get used to it."

He let me squirm for a few more uncomfortable seconds then said, "I've been unhappy with my job for a long time, okay? And I had to face the truth of that, and man up. I made a decision as to what's best for me, without asking for anyone's approval." Meaning mine. Now I feel two feet tall.

"I see." I sat back as our meals were placed on the table.

Once the server left, Brandon continued. "I've been taking night courses at Le Cordon Bleu School in town for months now. I recently applied for, and landed, a job as a line cook at the Taqueria near the freeway. I'll be able to work around my school schedule. I start on Monday."

He bit into a mega monster cheeseburger and moaned, reminding me that my blue cheese and bacon burger was getting cold. We finished half of our food before either of us spoke again.

"So, this'll make you happy?" I asked and wiped my mouth before grabbing a French fry.

He smiled, and my heart warmed to see it. "It's a start. I've learned a lot about myself and what I really want out of life -- and love." He gave me a pointed stare then continued, "The things I like, the things I don't." He sipped his Pepsi. "Want to hear about them?"

I was ecstatic that Brandon was willing to share so much with me. It had been too long since we'd had such a personal discussion. Trev had been right. I just had to be patient. It was worth it now that we were finally making progress. "Go ahead."

Before he said anything further, the waitress came back and asked about dessert. In the past, I'd always declined, citing calories and weight gain. Tonight, however, I decided to chill out.

Brandon looked at me as if I were a lunatic. "But you've always been so vocal about sugar and our waistlines."

"That hasn't changed, but once in a while won't kill us." I turned back to the waitress. "A strawberry crepe, please. Wait." I glanced at Brandon. "That okay with you?" Brandon appeared surprised, since I hadn't assumed for the both us, as I would have done, before. He nodded.

I finished the order. "One crepe and two forks, please." She wrote it down and then cleared our table.

Brandon gazed at me in wonder. "What's gotten into you?"

"I don't know, but it's not bad, right?" I stared at him, hoping he understood I was trying to do better.

"No, not at all." He cleared his throat. "Okay, as I said before, I hated my sales job. But I love to cook, and always have. It made sense to pursue something that didn't make me miserable."

Thinking back, I remembered all the instances where he'd mentioned wanting to feed people for a living. I'd just glossed over it as a silly daydream, and a waste of his talents, as far as I was concerned.

"Also," he continued, "while I know how much it hurt you that I cheated, it hurt me even more to know that I had it within me to do that to you -- to us. I was a coward, and I should have talked to you about what I was going through. I learned that about myself, too." 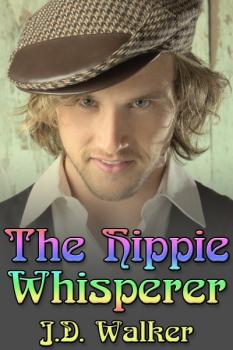 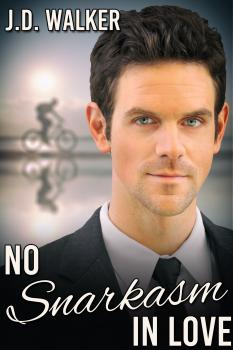 On Target (MM)
Stormy Glenn
In Shelf
$4.99
Tweets by
sirenbookstrand