Money can't buy love or happiness, but it can get you a one-way ticket out of a bad situation.

Taylor Fields has nothing going on in his life. He works a dead end job in a bookstore, he doesn't have very many friends, and the only living relative he has is his uncle Louie, a womanizing, drug-taking alcoholic who treats Taylor like his personal bank account. Then one day Taylor wins a billion dollars in the Florida State lottery and Uncle Louie wants a share of it. Taylor, who has a fear of flying, cashes in the ticket, and gets on the first thing leaving, Miami...a plane to South Korea.

Jace Vandersmith is a wealthy and cosmetologist who does a lot of traveling. He meets Taylor Fields at the airport and he wants to get to know him better. Taylor is shy, handsome and inexperience in life...something Jace thrives isn't. Instead of making Taylor another notch in his bedpost he falls in love with him. 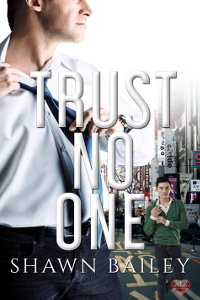 Home is Where You Are
Catherine Lievens
In Shelf
$4.99