Cara Scotto is living a secret life. She hates holding back the truth about her supernatural powers from her family and friends, but tells herself it’s the only way to protect them. When she struggles to control her surging energy levels, she fears someone will uncover pieces of the truth in her lies.

Intent on learning how to best use her new abilities, Cara trains with her boyfriend Alex, hoping to increase her speed and strength. Though Alex and Cara vow not to let fear rule their lives, they can’t forget Ian, the supernatural scientist intent on uncovering Cara’s true potential, and wonder what his next step will be. They won’t need to wait long before he strikes again.

Soon, the answer becomes clear—someone needs to step up, eliminate Ian, and replace him. Until now, Alex has avoided the underground supernatural networks, but he realizes that agreeing to take over Ian’s position may be the only way to secure the future he and Cara dream of having. 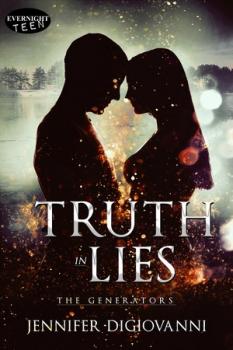 More From The Generators 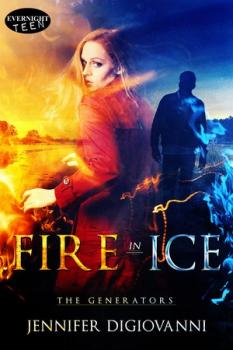 Power burns through my body, thrusting me like a rocket along the sleepy streets in town. I turn into a back alley, where brick walls on either side darken and blur as I fly by, the force of my movement rattling the window panes.

Behind me, footsteps close in.

I cross an intersection and dart behind City Hall, leaping over a parked car, disappearing in the murky fog. In the past few months, my strength has steadily increased. I jump higher, lift more weight, and control my superhuman abilities with increasing precision. I’ve learned how to slip in and out of a human’s vision, turning invisible when I need to escape. Even my oversensitive ears easily pick up on someone’s heavy breaths and the lightning-fast footsteps closing in from behind. A hand wraps around my bicep. I slow to a walk and retract my energy.

“How did I do?” I pause, resting my shoulder against a street lamp while I catch my breath.

“You’re much faster now.” Alex stops next to me. He’s barely sweating. “You almost destroyed the stop sign back there.”

A smile breaks out on my face. “I only twisted it a little. It was in my way.”

“No worries. I swung it back into position.” He tilts his head slightly when he senses the slightest dip in my power. “How’s your energy level?”

“Still high.” Bracing a hand on his shoulder, I balance on one leg while I stretch my quad. The light touch ignites a familiar buzz circulating through my bloodstream. I’m about to suggest another race around town when the alarm on top of City Hall blares.

Alex’s blue eyes widen a fraction. “What’s this about? I thought Amber Lea was boring.”

“So boring that one out-of-place person creeping around City Hall at night can set off the riot alarm.” I drop out of the quad stretch. “We should check it out.”

Alex tips his head back and laughs. “Now we’re the good guys?”

My pulse quickens. “We have the power to help. We should at least find out what’s going on.”

With a shake of his head, he ignores the alarm and slides his hands around my waist. “Not now. Crestview’s gates lock at midnight.” He drops a kiss on my lips, fanning the flames sizzling right beneath my skin. “I need an hour alone with you.”

My body trembles from a mixture of power and heat. Before my knees completely give out, Alex boosts me off the ground and spins me around, pressing my back against the brick wall of a nearby shop, keeping my lips locked on his.

We’re on the edge of taking things too far when a dark form zips by, generating a gust of wind that blows my hair in three different directions. Too fast to be a normal human. Too big to be even the largest of overgrown bats.

A police car zooms by, lights flashing, and turns in the opposite direction of whoever just raced by us.

Alex pulls back with a groan. “We’re doing this, aren’t we?” Annoyance ticks in his voice.