Man of her dreams…

Dance instructor Ahnsa Taylour has dreamed about her fantasy man at night ever she broke up with her boyfriend over a year ago. She never thought she would actually meet him outside the four walls of her bedroom until she laid eyes on the handsome Doctor Sloane Garrett.

A second chance at love…

Widower Sloane Garrett wasn’t expecting the mocha-skinned beauty to show up at his front door when he decided to hire a dance coach for his daughter. He’d been single for a very long time and hadn’t thought about dating anyone until Ahnsa’s soulful brown eyes connected with his.

She could be the woman that broke through the wall surrounding his heart. He thought he would be alone for the rest of his life. But he is willing to try again at love with her, if she is willing to forgive him for breaking her heart with a few careless words. 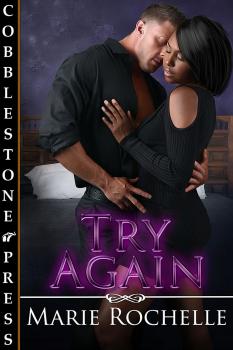 As large, strong hands yanked her closer to his hot, muscular body, warm, firm lips worked their way down the side of her neck and stopped at her shoulder. “Sweetheart, you are so damn beautiful. I couldn’t keep my eyes off of you all night long. You had every man in the room wanting you, but I’m glad you decided to come home with me. Do you know how long I have wanted to do this?”

Without waiting for her to answer him, he continued. “I noticed how stunning you were the second you walked into the room wearing that black dress. The sight of you in that form-fitting material had me hard in seconds. I couldn’t wait until I got you alone.” Moving his head, he kissed his way down her breasts until he captured a hard nipple between his lips and sucked.

“Oh,” she purred as she pulled the back of his head to her chest. “Don’t stop. It’s been so long. Your mouth feels so good.”

He slowly let go of her nipple and gave it a few slow licks before he started to lift his head, but right before their eyes connected, the sound of the phone jerked her away.

“Damn it,” Ahnsa Taylour mumbled as she pushed the covers off her head. She’d been having the same dream for about a week now, and every time it was about to get to the good part, something happened to wake her up.

“God, I’m coming,” she snapped, snatching the phone up before it rang again and pissed her off even more than she already was.

“Hello,” she mumbled with a hint of sleep in her voice.

“Yes, may I speak with Ms. Taylour?” A warm, deep, very masculine voice asked, bringing her to complete wakefulness.

Lord… Who in the world was calling her this early in the morning with this hot sounding voice? It sure was a wonderful way to wake up. She hoped she was the right Ms. Taylour that he was searching for. Hell, she might just lie and say she was to keep this guy on the phone for a few more minutes. A little white lie never hurt anyone.

“Excuse me, are you still there?” he asked with a hint of concern in his voice.

“Yes, I’m still here,” Ahnsa answered, tossing the covers off her body and sitting up in the bed. “How can I help you?”

It was probably someone calling for her to plan an event for them. She’d been getting a lot of calls about that lately, since she placed that kick-ass ad in the newspaper and online. She did both, because some people were still old school and actually read the newspaper instead of getting their information online.

“One of my assistants recommended you. You worked with her little sister last year,” the man continued. “I was hoping to hire you to work with my daughter, Mya.”

Ahnsa went over her schedule in her head. She had one opening this week when she would be able to meet with this family. Hopefully, they wouldn’t want her to make a party happen in less than a week. If so, it would be extra.

The last party she planned, the father had paid her an extra grand to get it done in two days instead of a week. With that amount of money being offered in this economy, she worked out all the details and gave the five-year-old little girl the best Frozen party in history.

“When do you want to have this party? I need time to get everything together, so it isn’t possible for me to get it done in less than a week.” Ahnsa wondered if her last comment would keep her from landing the job.

“Ms. Taylour, I don’t think we are on the same page,” the man corrected. “I’m not calling you about planning a party for my daughter. I want you to be her dance coach. Do you think you would have time to meet with us today? Mya gets home around three-thirty.”

Ahnsa was momentarily taken back that this guy wanted to hire her as a dance coach. She loved doing that job, but she didn’t get many requests for it. This was like a dream come true for her.

“Sure, I can be at your house around three-forty-five. Will that give Mya enough time after she gets home from school to get herself together? I don’t want to come too early if she is doing something.”

“Yes, three-forty-five will be perfect,” he answered. “By the way, I’m Sloane Garrett. Sorry, I should have introduced myself first. I’ve been so busy with work that I barely remembered to call you today. I promised Mya I wouldn’t forget, and she would’ve been upset with me if I hadn’t kept my word to her.”

“Not a problem,” Ahnsa replied, still loving how the guy’s voice sounded on the phone. He had to be good-looking with a voice like that. “Do you mind giving me your address? I think it might help me find your house a lot better.”

“Wow, I’m not doing well at all.” Sloane chuckled, sending tiny shivers down her body.

God, she really had gone over the deep end, getting turned on by just a man’s voice. Wait until she told Chantel about this. Her best friend was going to tease her unmercifully for days and days, but she had to share Sloane Garrett’s phone-sex voice with someone.

Shit, this man was driving her wild over the phone. She could only wonder what he would look like in the flesh. She would have to wait a little while, but she would find out later on today, and she honestly couldn’t wait.

Hell, it was only one of the richest neighborhoods in Parks, Connecticut. She would have to live under a rock not to have heard of that part of town. It was called the Golden Gated Community.

“Yes, I know where you live,” Mr. Garrett. I’ll be there at three-forty-five to meet you and your daughter, Mya.”

“Wonderful, we’ll be waiting for you, Ms. Taylour.” The phone call ended with a soft click in her ear.

Tossing the covers off her body, Ahnsa climbed out of the bed. “Chantel better be up and ready to treat me to some breakfast, because I’m starving,” Ahnsa said as she made her way to the bathroom.