Twice the Hands to Hold (MM)

Twin brothers Brian and Matt Walker went to live with their mother’s brother after the death of their parents at an early age. Brian is still wracked with the guilt he carries around from a young age and sees the world through a distorted lens of self-loathing. When he meets a sexy and interested college-aged guy at the beginning of his senior year of high school, he may have finally found someone who can help him escape his mundane existence.

Matt has his life all planned out -- he longs for a solid career in journalism after graduating college. But his tenuous hold on family life threatens his dreams of independence, as does the attentions of a closeted new transfer to their school.

Can Matt pull away enough from his family to come into his own? And will Brian finally get to grips with his past and allow his twin to chase his own happiness? 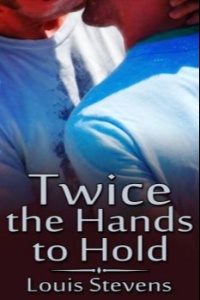 Twice the Hands to Hold (MM)

James picked up on his mood, and squirmed in his seat. “Did I say something? Did I freak you out about everything with my dad?”

He shook his head, quick to reassure James. “You didn’t. I’m so thankful you feel like you can trust me. It’s just what you said last. About not seeing your dad before you die. You don’t know what that really means, Jamie.”

He unbuckled his seatbelt and got out of the car, suddenly feeling stifled.

James followed him and settled next to him on the hood of his car. “What did I say?”

After Matt didn’t answer, James blew a breath through his teeth. “Shit.”

Matt’s natural urge to make everyone around him feel better kicked in and he wanted to soothe James, but didn’t trust himself to speak yet. And he was pissed that he was putting a serious downer on their first evening alone in a hell of a long time.

“You at least still have a dad,” he said after a while. “Do you have any idea what it means to say something like that?”

Matt looked at his boyfriend’s slumped frame, his face turned away from him.

“No,” he said. “I’m sorry. Come here.” He scooted closer to James and accepted him into his fold. The stars shone so bright that night that when James turned his face towards him, he could see the very brilliance of them reflected in his eyes.

James’ confidence hadn’t returned yet, and he kept his eyes trained on Matt’s chest. “You never know how far you can go until someone lifts your feet up off the ground,” James said.

He looked away, flushed by the severity of James’ words.

“You inspire me to be better than I am.” James looked at him seriously. “When I look at you, I see everything I ever hope to be. My dad’s rejection suddenly doesn’t matter. All the expectations and disappointments fade.”

The air was thick between them, emotions pulling them into each other. He pulled away from James’ embrace so that they faced each other and he took in the beauty of the boy next to him. James was all suppressed testosterone and alpha wolf, but he was just a man like him, fragile and easily bruised. He bent over him and peered into his eyes. “You are loved,” he leaned forward and kissed his boyfriend’s chin, “and you are wanted.”

“Baby,” James said and lowered his mouth to catch one of the chin kisses and turned it into a searching kiss. “I want to be your go-to guy,” James said after they broke the kiss. “I do. I’m sorry I haven’t been able to be there for you the way I wanted to.” James took his hands in his and brought the knuckles to his mouth for feather kisses. James’ voice was rasped with emotion. “I promise, I’ll do better.”

“You are perfect to me in your imperfection. Somehow you complete me. I never thought…”

He hesitated, unsure if he should continue. He lifted his eyes to meet James’ open, unguarded gaze and his resolve melted. There wasn’t any reason to be worried about his reaction. “I never thought someone else could complete me the way my brother did. You can’t replace Brian, but you enhance me in a different way.” Matt’s mind whirled. He loved the man before him, more than he’d loved any other stranger before. The fears he’d harbored most of his life, of finding someone to love, and who could love him, like he did his brother and Brian him were now irrelevant. He had that love, and so much more. He could love Brian, they could be in each other’s everyday lives, but he could have this too, which was only his. “Can you take Brian and me as a package?” He held his breath for the longest time, alarmed at his apprehension over the answer.

James looked at him seriously. “I will take you any way I can have you. And if Brian means that much to you,” James said, “he has to be a good person. We’ll make it work.”

“He’s a part of my life. A big part, and he always will be. There’s no getting around that. But I’ll talk to him about boundaries. And he’s a good guy at heart. He’s my Brian.”

Matt smiled. “Only mine.” 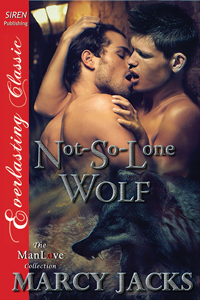 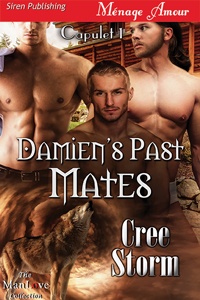 The Auction (MM)
Gale Stanley
In Shelf
$2.99
Tweets by
sirenbookstrand