Lucien has been shipwrecked on a remote south Pacific island. For the first few months he is alone. When Edgar arrives, Lucien is elated he finally has someone to talk to, to share experiences with. Through Edgar, Lucien even discovers things about himself he’d long since forgotten.

A massive tropical storm brings with it more than wind and rain. It brings a man called Abel. Strangely, when Abel arrives on the island, Edgar disappears. Despite searching for his dear friend, Lucien cannot find him, but the forbidden feelings initially unlocked by Edgar are further explored with Abel, and Lucien finds himself falling in love.

Then the cannibals arrive, bringing with them a second shipwreck survivor. What Lucien and Abel witness is unspeakable, but being unarmed and with danger so close, can they themselves survive? Or is their love doomed before it has a chance to blossom?

Four days after Abel had washed up onto the island, and Edgar had vanished into thin air, Abel came hurrying into the campsite where Lucien was finishing his work on the patchwork quilt.

“Hey,” Abel whispered. “Take a look out there.”

Instantly curious, Lucien put down the quilt and followed Abel to the edge of the jungle.

Abel pointed to a spot a little way beyond the other side of the reef.

Lucien could indeed. They were natives, black as the night and as naked as he was. Some of them were painted with yellow and white designs, and some had brightly coloured feathers in their frizzy hair.

“We should go and help them,” said Lucien. “They might be able to help us in return.”

Abel shot him a dark look.

“Have you seen these people before?”

Lucien shook his head. “You’re the first person I’ve seen since I arrived.”

He could no longer count Edgar as being a member of the human race.

“Then I think we should err on the side of caution. I’ve read stories and heard tales about cannibals in these parts. I’d sure hate to offer them the hand of friendship and have them turn around and cook it for morning tea.”

“What should we do?”

“Go to the cave and hope they don’t go exploring.”

Lucien nodded. “Then we should also take as much with us as we can and try to get rid of any evidence that we were ever here.”

They stole back to the campsite and destroyed the campfire, scattering the rocks and ashes. They buried last night’s fish bones along with a coconut husk. Lucien took care to hide the things they needed most; his spear and the woven mat they would take with them to the cave. As the natives were guiding their canoe over the reef, Lucien and Abel took one last look around and then hurried into the jungle.

“What about our footprints on the sand?” asked Abel.

Lucien felt a wave of terror wash through him.

“Too late to do anything now.” Then after mulling it over for a moment. “Have you been onto the beach today?”

“Then the tide last night has surely washed them away.”

They soon arrived at their destination. Fortunately, the cave was over a quarter of the way around the volcano, which meant there was less chance of them being seen making their way up the slope. Once inside the cave, they put down the things they had brought with them and sat on the woven mats.

“Did you see them?” said Lucien. “Up close before we came here? They had bones through their noses!”

Lucien shuddered. “I hope they don’t stay long. I wish we could keep an eye on them.”

A broad grin appeared on Abel’s face. “We can.”

He went to the crate and extracted a pair of binoculars.

“Where on earth did you get those?” asked Lucien.

Abel chuckled. “Found them on the beach. They were still in their case so they’re almost as good as new.” He moved to the mouth of the cave. “Coming?”

The made their way around the side of the volcano, taking care not to draw any unwanted attention. When they’d gone far enough, they squatted on their haunches.

“Do you want to have first look?” asked Abel.

Lucien took the binoculars and soon located the party of natives.

“They’ve got a white man with them,” said Lucien. “He doesn’t look very happy.”

One of the natives pushed the man to his knees. While the others stood in a semi-circle around the man, the native standing in front of him produced a long, elaborately carved knife, which he held up into the air with both hands.

Lucien was only too happy to pass the binoculars to Abel. He knew very well what the natives intended and wasn’t the least bit bothered he wouldn’t witness the final act.

“What is it?” asked Lucien.

“I have to go and help him. They’re going to kill him.”

He went to get up but Lucien pulled him down.

“Don’t be a fool. You can’t help him now. His throat’ll be cut before you make it to the base of the volcano.” 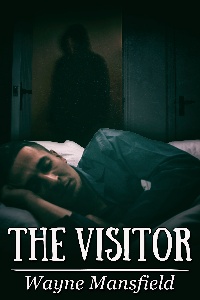