In a forgotten part of the city, where unusual beings are free to be themselves, werewolf police officer Warden searches for his boyfriend, Tate. With help from Snap, an odd little fellow and Tate's assistant, Warden descends into the trolls' den to find Tate. Knowing Tate is a feared inhabitant -- if not unofficial ruler -- of the Underground, Warden can only imagine the way things will play out if he isn’t found.

Tate knows all about magic, and he knows trolls don't generally possess it. Upon discovering a doorway, he's captured and held prisoner. Now his only hope is Warden, who wears the key to Tate's freedom. But freedom comes with a price, and Tate makes a tough decision to ensure the trolls never cause problems again. 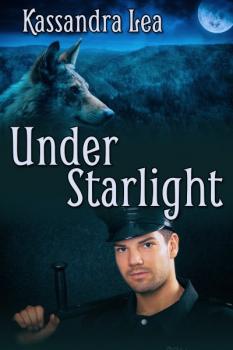 Warden didn't bother to wait for Snap as he barged through the entrance, the door rusted and squeaky. He took the stairs up two at a time, the elevator long out of service. There were dried leaves and garbage shoved into the corners of the steps, adding to the abandoned feel. Despite the number of apartments in the building, only those on the first floor were occupied. Warden had quickly discovered this had more to do with the fear of living in the same structure as Tate instead of being one of Tate's things.

By the time Warden made it to the top, less than five minutes later, Snap was already waiting. He stood outside Tate's door, eyes having taken on the broken hearted-lost puppy dog sorrow. If he started crying again ...

Warden knocked out of curtesy. "Tate?"

For all he knew, the whole thing was a giant misunderstanding, and Tate was lounging on the sofa, watching Say Yes to the Dress. There was no answer.

On a whim, Warden tried the doorknob, finding it unlocked. His heart skipped a beat. Normally, he remained cool, calm, and collected in moments of uncertainty, but his love for Tate overrode everything else. What would he do if something happened to Tate?

The door swung open, revealing the interior, and it was just as Snap had said. Tate may not have been the most meticulous man, but he never would have left his apartment in this state. The furniture was shoved around, tipped over, items swept off shelves, dishes broken in the kitchen. Warden righted a potted palm near the door to the balcony.

Then he sank onto the couch, processing the scene and trying to get a grip on his fluctuating emotions. For a moment, he closed his eyes. Instantly, he was swept away, tripping down the path of memory lane.

Last time he saw Tate, they'd been sitting here, watching a movie Tate had seen a handful of times, a Keanu Reeves romance. It always amused Warden that rough and tough Tate had a fondness for such things. Of course, neither of them saw the end of the movie. An innocently placed hand sparked desire between them. The scratches were still faint trails down Warden's back.

He may have moaned, or maybe it was more like whimpered.

Warden let out a slow breath, opening his eyes to find Snap cleaning up plate shards. "Snap, who might be out to get Tate? Who are his enemies?"

"Enemies?" echoed Snap, dropping half a bowl in the trash. "Master Tate had no enemies."

Warden scoffed. "Everyone has enemies, Snap. There isn't one person alive who's universally loved. Think about it. You're his go-to man, Snap. You know the ins and outs of his business. Was he upset with anyone recently? Any idea why he might have been so restless?"

"That's just it. Aside from the delivery to the trolls, Master Tate has kept recent affairs private."

Warden practically jumped off the couch. Now was a time to act. "Then let's go visit the trolls and see what Tate wanted. Where can we find them?"

Snap blinked. "Why, where you always find trolls, sir, under a bridge."