Having paranormal Gifts in a world that fears what it doesn’t understand is tough. Luckily, Iris Kosta is tough, too. She’s already lost her twin brother to Homeland Security's paranoia and greed. Add in her job as a kickass security operative, and it makes for a lonely life. Which is too bad, because Iris likes men—a lot. She makes do with plenty of dates and hook ups, convinced there’s no such thing as true love.

Mike Connolly does believe in true love, and its name is Iris. Too bad she’ll never see him as anything but one of the boys. When he finally despairs of getting anything more than friendship from her, he reaches out to Madame Eve for help finding a woman who can eclipse his obsession.

Thanks to meddlesome relatives and Madame Eve’s talents, both Mike and Iris find themselves the recipients of some unexpected gifts. Let’s hope they can survive long enough to enjoy each other.

“Stop, dammit. That beam is too narrow, and the cable isn’t going to hold.”

Iris had both bare feet on the thin beam now, and the cable they both clung to suddenly broke free of one of the last two poles in between them. His stomach churned for a second before he jerked to another sudden stop, two feet lower again, and sharp pain flared though his shoulders and hands. Harsh curses from overhead started his heart beating again. He could breathe as long as she was okay. He craned his neck to look up at her.

“Back up, sweetheart. Get back on the concrete. What you’re trying to do is too dangerous. I’ll get back hand over hand on the cable.”

“You expect me to just have a damn nap up here while you practice pull-ups thirty stories above the ground? Michael Patrick Connolly, I think you know better than that. Shut the fuck up and hang on. I’ll be there in a sec.”

The cable trembled in his hands.

“Dammit. I said back up. I swear if you take one more step, I’ll let go. I’m not going to let you die for me!”

A gasp sounded above him. “You will not!”

Mike looked up, not sure what she could see of his face, or what she’d see on it if she could. “Don’t test me, sweetheart. I’ll do it. Now, back up.”

Wonder of wonders, she obeyed him, stepping carefully backwards until she stood with both feet on the concrete floor. He heard no sound from her while he gingerly slid his left hand higher on the slanting cable. He brought the other up to meet it. He didn’t want to go hand over hand for fear of shaking the last of the eyebolts loose. The textured steel dug into his hands, but they were going numb—fast. The cable quivered and he heard the whine of metal sliding on metal above his head.

Iris’s voice betrayed her panic. No cool warrior now. “Mike, hurry! The bolt is pulling out of the concrete up here. It’s coming loose from the wall!” 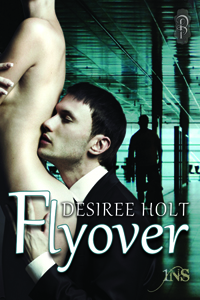 The Virgin and Her Wolf (1Night Stand series)
Katalina Leon
In Shelf
$2.99