Soren and James have been together for a while now, and though they’re still madly in love, sometimes it feels the passion is gone.

James takes it into his own hands to give Soren the best gift this Christmas—himself completely unwrapped.

When Soren finds his lover, his mate, under the tree Christmas morning wearing nothing but a collar, cuffs and chains, he realizes it’s time to give James what the man needs—what they both need.

Christmas morning has never been more pleasurable for either one of them.

More From the color

James stubbed his toe on the corner of the dresser, stumbled into the nightstand with a mumbled curse, and plopped down on his side of the bed, while grabbing his throbbing foot.

“You get Pop and Wanda home all right?” Soren murmured in softly slurred speech as he rolled over to face James.

“Yeah. Told them we’ll pick them up at noon.”

A soft snore greeted James as he rolled toward his lover. With a sigh, he pushed Soren’s thick hair away from chiseled cheekbones and ran his fingertips over his bewhiskered chin.

It had been weeks—maybe even months—since they had time together where Soren wasn’t either sitting in the den surrounded by a pile of work, or he was sound asleep, dropped from sheer exhaustion.

James leaned in and kissed Soren’s lips. His lover, his mate, his very soul, didn’t even flinch in his sleep.

Tomorrow, James silently promised as he stood up and peeled off his clothes before climbing into bed, under the covers, and snuggling up against Soren’s heavily muscled, warm-as-a-furnace body. Soren promised that Christmas Day was an absolute no-work day.

They would spend the afternoon and evening entertaining James’ grandfather and step-grandmother. Opening gifts and drinking eggnog after gorging themselves on a full holiday turkey dinner.

But the morning would be theirs. No cell phone, no paperwork. Soren could concentrate on nothing but pleasure—something he’d set aside these last months. It made him surly and nearly impossible to live with at times. The man seriously needed to get laid.

James grinned and closed his eyes as Soren, in sleep, pulled James tight against his chest, clamping one iron-like arm around his waist so there was no hope of escape.

Not that James had ever tried to escape Soren. He never would. And tomorrow morning, he’d prove that.

Soren rolled over and reached for James, but all he got was cold sheet. He opened his eyes and squinted at the window where morning sunlight blasted in, then made a face and pulled a pillow over his head. Today, finally, was a day off. He didn’t want to get up. Didn’t want to do anything. In fact, he just might stay in bed all day.

He had to pee. And he smelled coffee. James made the best coffee….

With a sigh, he shoved the pillow off his head and sat up, his back to the sunshine heating the room. He stretched his neck, his back, thinking he should go see his chiropractor soon, then got up and padded naked into the bathroom. After relieving himself, he stepped into the shower and turned the water on, getting pelted with five massaging heads placed strategically around the perimeter of the stall, and the four overhead fell upon him like a wonderful, hot, pounding waterfall.

For long minutes he stood still, letting the water beat the aches out of his lower back, shoulders, and neck. Sitting at a desk for so many hours a day was not good for him. He needed to finish up this case, get his partnership, and take a month off and go surfing, or skiing maybe. James would love a trip to Colorado or Vermont. They hadn’t had any time alone in so long, and that sucked on so many levels.

Soren finished his shower with a quick shampoo and soap, then stepped out, dried off quickly with a fluffy towel, finger combed his hair back away from his face, and slipped on his terrycloth robe. Then he went in search of coffee.

The house was quiet as he walked down the hallway toward the living room. Wanda had come over yesterday and made James help her decorate the house, saying she couldn’t possibly have Christmas dinner in a place that didn’t look like Christmas. Garland looped from the crown molding, and the tree was festooned with tinsel and colorful glass balls—decorations from Wanda’s younger days. She had no kids, so she’d adopted James and Soren as her own grandkids. Pop—James’ grandfather—had taken Soren in too, once he got past the fact his grandson was gay, which hadn’t taken long with Wanda’s love and support.

Soren had been locked in the den under piles of research for the case he was working on. With the house decorated as it had never been, Soren regretted having missed out on the quality time they’d shared yesterday. Although his parents were still alive, and he saw them often, and he had a sister who came to visit now and then, James’ relationship with Pop and Wanda was closer than any he’d ever known. He reveled in being included.

His heart lodged in his throat and his steps faltered when he rounded the corner into the living room.

God, he loved that man.

James knelt on the floor in front of the tree, buck naked except for a blindfold over his eyes and cuffs around his wrists attached to the collar round his neck by silver chains.

“Merry Christmas to me,” Soren muttered with a grin. For this, he definitely needed fortification. Without a word to James, he headed into the kitchen, poured himself a mug of coffee, and glanced at the clock. Just after nine. They had about two and half hours to play before one of them had to leave to pick up Pop and Wanda.

Realizing the oven was warm, he flipped on the range light and peered in. The turkey was already cooking. James must have been up for hours, and Soren wondered what else he’d readied for later. The man needed to be rewarded….

Sipping his coffee, Soren made his way back to the living room and walked up in front of James. He untied the belt on his robe and let it fall open.

“Good morning, Sir,” James responded, keeping his face slightly down turned, his hands relaxed and open, palm-up, on his thighs. The perfect posture for a slave.

James had never been his slave—he was too strong to be anyone’s slave. The fact that he was submitting so completely meant that Soren’s neglect had pushed his lover to the limit. He’d make up for that here and now and desperately try to never let so much time lapse between letting James know how much he meant to him. Their relationship had started out as pet and master, sub and Dom, but over the last few years, it had grown into a true partnership. A deep love. Sometimes Soren forgot that James needed the reassurance that Soren still wanted him—wanted to take care of him.

James didn’t move a single muscle while Soren stood over him, sipping coffee and simply enjoying the view, even though he was positive James knew he stood there. His mate was tall and lean, with a runner’s body. He liked to swim, and they’d spent many a warm morning in the waves beyond the patio. Being December, they were more likely to spend an evening in the hot tub on the patio, but they hadn’t done that in ages, either.

Soren finished his coffee, set the mug on the coffee table behind him, and slipped out of his bathrobe. He tossed it on the sofa before reaching for James’ head and gently running his fingers through the slightly damp strands of thick, dark hair. James had showered for him, and when James leaned into his hand ever so slightly, Soren’s heart tumbled.

“Has my pet felt neglected lately?” Soren asked, surprised by the husky quality of his voice.

Soren stepped closer, placing one foot between James’ knees, and guided James’ head to his thigh.

With the softest whisper of a sigh, James leaned his cheek against Soren’s leg. Soren had never had a lover before James who felt so deeply, who loved so completely. Sometimes Soren forgot that there was someone waiting for him, who was there for him.

Not that James didn’t have his own life. He worked his butt off getting his contracting business off the ground. He worked hard, but unlike Soren, James seemed to know when to shut off the cell phone, when to turn off the outside noise and concentrate on what mattered.

The people he loved.

“James,” Soren whispered, his throat tight. “I don’t know what I’d do without you. You keep me grounded.”

Soren schooled his emotions. He wasn’t sure how long James had knelt there, waiting for him to get out of bed, but his knees had to be killing him. It was time to give his pet what he wanted, what they both needed.

“Up,” Soren said, hardening his voice and linking his finger through one of the D-rings on the collar James wore.

James went up on his knees, bringing his face in perfect alignment with Soren’s cock—a cock that went semi-erect from one heartbeat to the next. 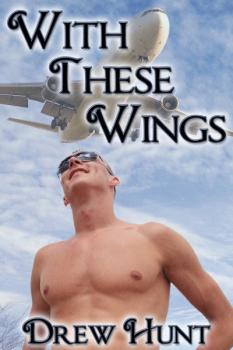