Spenser Lake, Virginia is an ideal place to raise a family. The wonderful people and spectacular vistas are everything Kurt Hawkins has wanted for his wife and son. Beneath the surface of this wonderful community an evil lurks, hidden in the beautiful countryside, waiting for the unsuspecting to venture near, and no one has a clue why so many, including Kurt’s wife, have gone missing. Danielle Gillette stayed in Spenser Lake even after her husband’s death a decade earlier to pursue a new career as a mystery author. She uses her writing as an excuse to be reclusive and avoid the true circumstances behind her husband’s demise. Kurt and Danielle meet one stormy night. Almost against their will, they are drawn together to discover that the serenity of Spenser Lake is merely an illusion. They find a reality far more evil than either of them could have imagined along with the painful realization that sometimes the truth cuts deeper than a lie. 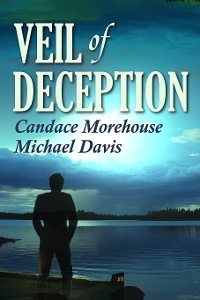 After a few seconds, her eyes adjusted to the darkness. The front end of a vintage black Chevy Camaro was wrapped nearly all the way around the old blue spruce tree that held pride of place in her landscaped front lawn. The engine compartment was steaming and Danielle could just make out the slumped-over form of the driver in the front seat. His head jerked forward suddenly, and the sound of the car’s horn pierced the still night in one long drone.

Danielle’s hands moved instinctively to cup her face. The crystal wineglass tumbled to the stones of the front entryway and shattered upon impact.

She ignored the demise of her cherished heirloom and raced, in her bare feet, across the cut glass to reach the mangled car in her front yard. Stinging drops pelted her face as the sky opened and unleashed a torrent of cold summer rain. Danielle blinked several times to clear her eyes, then quickly gained the Camaro. She grasped the handle of the driver-side door and yanked it open, doing her best to gently move the man back against the seat. His head bobbed backward, against the unmarred vinyl upholstery. The car horn abruptly stopped. She heard a low groan.

She touched his shoulder, speaking softly. “Are you all right? Just stay put a second. I’ll go call 9-1-1…”

“No!” His response was surprisingly forceful, considering the oozing gash in his forehead and the way his arms lay lax against the seat.

“You need medical help. I’ll be gone for just a minute—”

Danielle’s words were cut short by the man’s sudden, fierce grip on her upper arm as his hand reached out through the darkness. She couldn’t imagine how he’d managed to gain that much strength in an instant. “No,” he repeated, in a softer tone.

The rain sluiced coldly across her face as she stood there, waiting, focused only on the warmth from his firm grip. Her mind traced back to the morning spent on Marina’s porch and her rather fateful horoscope: You will experience a major upheaval in your life this week.

The man released his hold on her arm and struggled to get out of the vehicle. He twisted his body so that his long legs could first gain the ground, then he used his hands to grasp the mangled frame of his car and pull himself the rest of the way out. As he shakily stood in front of her at his full height, Danielle realized she knew this man, or at least she knew who he was: Kurt Hawkins, the man Marina had decided was exactly perfect for her.