He is a man who will not stop at crime and murder to get what he wants...

In the small town of Way's End, in the New Mexico Territory in the Old West, there are few heroes. Lucy Gardner is an orphan, living with an aunt and uncle who never wanted her and only took her in because they had to. In that house, and in that town, there is no place for Lucy, so she retreats to her dream world, filled with the dashing villains of Byron and the dark brooding of Poe.

But when Lucy meets the notorious rancher Gerald Steel, an older, dangerous man who has no respect for the law, her real life begins to resemble her dream world a little too closely. Gerald is a man as wild and lawless as the West itself, and when he sees something he wants, he will stop at nothing, not even murder, to get it.

Lucy longs for the liberty of Gerald’s way of life, but can she live with the cost of being a villain’s woman? 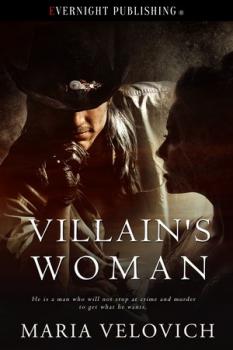 His eyes were so angry she thought he could kill her now, too, kill her and leave her body with her dead attacker for her stupidity. She sensed the darkness in him, as dangerous and deadly as the knife he had just opened the man's throat with, the predator's murderous rage. And yet he was holding her by her shoulders gently now, protectively, and she realized he was not only angry but afraid. Afraid for her.

The realization of this made something finally give way in her, and Lucy began to cry. The tears streamed down her face, her whole body shaking in sobs as he was holding her.

"Oh, Lucy. Hush now. It's all over. Don't cry, I killed the damn son of a bitch. No one will ever harm you, I promise you. I'll kill everyone who tries to harm you or hurt you, and you know this. Hush, my little girl."

He held her close as she cried, burying her face on his chest, making his shirt all wet from her tears. He caressed her hair softly, whispering little words of comfort in her ear together with promises to murder anyone who tried to do her harm ever again. She breathed in the scent of him between the sobs, his powerful man-scent that smelled so dangerous and so safe, and gradually her sobs quieted. She looked up at him to see if he was still angry at her, and he was not. His eyes were warm again, and full of emotion. He took out a handkerchief and started softly wiping the tears and blood off her face, and she let him do it. She was no longer crying, but her breath was still shaky and ragged as she was looking up at his hard, handsome face, the age lines etched on his weather-beaten skin, and his hard, cruel mouth now smiling. She knew her nose and her lips were swollen from all the sobbing, but she did not care, and she smiled back at him.

Then he was kissing her. It was a hard kiss, his lips claiming her own greedily, violently, his tongue in her mouth, their ragged breathing intermingling. She could taste her own tears and that blood on her face mixing in the kiss, together with that delicious, raw taste of his mouth on hers. It made her feel dizzy and faint, but he steadied her, pulling her even closer to him, his fingers running through her hair, ravaging her lips sweetly with more passionate kisses. His beard was tickling her skin, and she could feel his hardness press into her through the fabric of their clothes.

It seemed to her eternity had passed before he finally pulled back. Lucy was still trembling slightly in his arms as she looked at him, at the desire in his eyes. She lowered her eyelashes.

I'm his, she thought. He could have her if he wanted her, take her right then and there, and she would not protest. She was afraid he would do it, claim her right there in the dark, deserted alley beside the man he had killed, or take her to his ranch, the prairies, anywhere in the world, to have her for his own. She knew he wanted to. And she was afraid and yet hoping, and she knew she would succumb to him, because she wanted it, too. 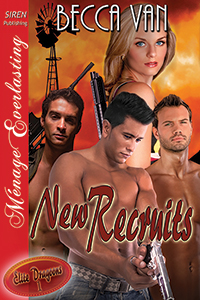 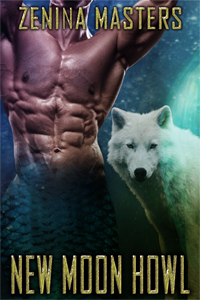