What We've Been Waiting For (MM)

From the age of three, Tim Bailey wanted to marry Tom Watkins. Many changes occurred during their formative years, but Tim’s love for Tom remained rock solid. Even when Tom temporarily broke up with him to date girls, Tim never stopped loving Tom.

Because his father walking out on his family, Tim doesn’t trust easily. His friend Tom’s bisexuality makes him uneasy. Tom is a popular high school football player who can have anyone he wants, boy or girl. So why would he choose nerdy Tim? The fact Tom won’t come out at school further feeds Tim’s insecurities and suspicions.

Tom has always felt the pressure from his dad and his friends to be the typical jock. This means hiding the gay side of his bisexuality and only acknowledging Tim in private. Tom has promised once they’re at college in New York, he and Tim will be able to live openly as a loving gay couple. Tim just needs to be patient.

Things come to a dramatic head at an event everyone has been waiting for, their end of year graduation party. Many truths are revealed, old scores are settled, and everyone’s lives are changed. Can Tom keep his promise to always love and protect Tim, or will previous lies and secrets kill off what has been growing between the boys for fifteen years? 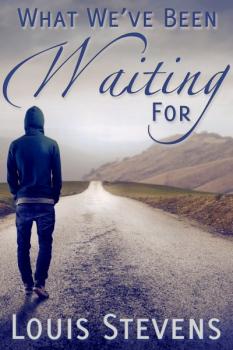 What We've Been Waiting For (MM)

“Are we having a good day?” asked Lacy. She flopped down next to Tim on the school’s lawn and settled herself.

“Speak for yourself,” said Charlie as he followed suit. “What’s got you so chirpy?”

“Why you always got to be such a sourpuss, Charlie?” Tim asked. Turning his attention to Lacy, he said, “I’m pretty sure I know what’s been going on with Tom, and it’s got nothing to do with Amanda or any other $2 hooker,” he said.

“Yes, please, spill it. You know we all live for your drama.”

Tim felt bad for Charlie at times like these. He knew it must be difficult to share in someone else’s happiness when you hadn’t ever had any of your own, but he refused to go there now. He was still on his high of learning the truth behind Tom’s weird moods. He’d have to have a talk with Charlie about his future plans with James, though, and soon. That man gave him the creeps.

“It was all just pre-moving jitters. He gets like that on the rare occasion.”

“It’s all that testosterone,” Charlie said.

“I concur,” Tim joked. “But it just bugs the hell out of me when he checks out like that. We had a long heart-to-heart and we know where we stand now.”

“Bi men, you mean,” Charlie said. “They’re even more messed up than the rest. Why can’t they just make up their mind?”

He sounded so lost. Tim could relate completely to what Charlie was feeling, he just wouldn’t ever admit it aloud. There’d been many times that he had wondered about his and Tom’s true compatibility. He also knew Tom definitely wanted children. Preferably a brood of his own DNA, if Mr. Watkins had anything to say about that. Tim knew that was something he could never offer Tom, or Tom’s parents. It made him feel insecure at times, and the adoption argument just made him both angry and sadder at the same time. He sighed. Looked like that talk would have to happen sooner rather than later.

“When are you going to cut that man out of your life for good, Charlie? You deserve so much better,” Tim said.

“He’s just not healthy to you,” Lacy said.

“What the hell is this? Gang up on Charlie day?”

Lacy shook her head. “We only care about you, Charlie Chaplin,” she said, using her favorite pet name for her friend.

“And it’s us who have to listen to you bitch about him every day,” Tim continued. “He’s making you old before your time. And a bitch with wrinkles is not sexy.”

“Just like you can’t choose to stop loving Tom, or you,” he pointed at Lacy, “can choose to just get over Enrico after he got deported or whatever.”

“Whatever makes you sleep at night,” Charlie said, “but I can’t just switch of my emotions and cut Jamie off. He’s a one of a kind and I’m his supporting act.”

“Bullshit,” Tim said. His own vehemence surprised him, but he rolled with it. “A relationship is about giving and taking, am I wrong?” He looked to Lacy for confirmation, who still seemed to smart about Charlie’s visa comment. “He just takes and takes and then leaves you for dead. He’s a goddamn dodgy bastard, Charles, and I’m tired of warning you about him. Father’s money doesn’t a man maketh. He’s weird and he uses you. Why can’t you see that?” He took a breath and looked from Charlie to Lacy and then back at Charlie again.

“You think I enjoy it? You think I crave being treated like a disposable cum bag? I don’t find some sadistic joy in lurking in the shadows, waiting for my five minutes with the man I love and then seeing him create memories with other women, buying them a couture corsage for prom, taking them to dinner with his parents. I hate myself for picking up the goddamned phone when it rings at three in the morning, but I hate myself more for waiting up for the call.” Charlie was crying at this point, a rare show of emotion for their friend. “What I hate most is not knowing. I don’t know what’s going to happen next year. Where James is moving to, what I’m doing. I wanted to really give varsity a shot, but my father put that to an end. I would be content to just be with Jamie, but he just lives from one orgasm to the next. I’m sorry that my future doesn’t fit your cookie cutter recipe, but I’m doing the best I can with what I’ve been given, goddamn it,” he said. Charlie got up and started collecting his bag and keys off the ground. It was obvious that Charlie was humiliated for showing this uncanny display of emotion.

“Hold up, Charlie, he wasn’t attacking you,” Lacy said.

“Just piss off,” Charlie said and stormed off. 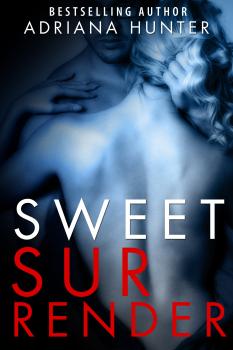 Sweet Surrender (Dominated By The Billionaire)
Adriana Hunter
In Shelf
$3.99
Tweets by
sirenbookstrand