When you only see the world in black and white until you meet yours, it's pretty easy to figure out when you’ve found your Soulmate. What Libby can't figure out is why fate,destiny, or the powers that be have decided that Andrew McCormack is her one, true match. Libby is smart, organized, and always has a plan for what's coming next. So when she sees Andrew for the first time and her world is instantly filled with color, she's thrown for a loop.

Namely because he's in a dingy grey jumpsuit.

And being booked into a juvenile detention facility.

Surely a boy who's been convicted of a headline-making, violent crime isn't who she’s meant to be with. There's no way she belongs with someone like that...right? 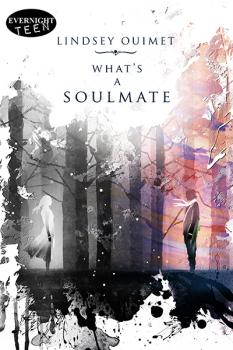 The officer monitoring visitation told everyone before we sat down our fifteen minutes would begin as soon as the prisoners entered. I told myself I wouldn’t waste any of them. I would jump in, start asking my questions and saying my piece, whatever that even is at this point, and be done with it. I would get my answers and then move on the best I could.

Of course every word I had planned, every word in the English language, vanishes into thin air now that we’re face to face.

And I can’t help but think just what a face it is.

He’s all hard lines and high cheekbones, with a strong jawline that’s both intimidating and somehow inviting at the same time. His cheeks and chin are covered in slight stubble, and the hair on his face isn’t quite as dark as what’s on his head. The dark brown, almost black curls fall over his ears and forehead, skimming a set of thick eyebrows pulled straight.

I follow all of the lines of him with my eyes, from the haphazard waves of his hair, down to the slight cleft in his chin, and I try to suppress the urge to shiver. Somehow, even wearing the awful, gray jumpsuit and sitting in this awful, gray room, he still manages to be brighter than anything else I’ve seen so far. It almost hurts to look at him.

My eyes start to water, and his, with their color I still haven’t managed to find a name for, narrow at me. In confusion? In irritation? I can’t tell. I swear there’s almost a glint to them, and I cock my head to the side to see if I can still see it from a different angle. The lines around his mouth tighten and I can tell from the tremor in his jaw he’s biting down hard on his back teeth.

And then I understand.

He’s looking at me like I’m an idiot. Because I’ve been staring at him like one. Like he’s some kind of an animal at the zoo. In a cage.

I drop my gaze to my lap and let out a breath that’s as shaky and unsure as the rest of me. It’s not a manipulation, but I still hope he sees it for what it is. That he understands I don’t think he’s some amusement or oddity to be observed and learn from.

When I look back up, his gaze doesn’t waver from mine. I can feel my face heating, and now since I know exactly what color a blush is on my pale skin, I can picture the splash of pink spreading over my cheeks and down my neck. When he blinks, it almost feels like a reprieve. A very short reprieve.

I can’t decide if it’s anger or strength or something else entirely filling the air around him like something solid. But it’s there. It’s coming from his eyes, still and intense, and from the set of his broad shoulders, and it makes me feel … small.

And that actually makes me feel kind of pissed.

I straighten my shoulders and sit up taller. Anger is apparently a decent motivator, I think, and file the little tidbit away for future use.

I reach for the telephone on the counter and the borrowed bracelet slips out from underneath my sleeve. It hits the counter with a thwack that is probably louder to my ears than anyone else’s, and the muscles in my arm stiffen. I can’t help throwing a hurried glance over my shoulder. I exhale slowly when I see the guard has better things to do than inspect my jewelry. Thank God.

The receiver is cold when I bring it to my ear. Good grief, is everything in here always this chilly?

Our eyes meet through the glass. And nothing. No response. He doesn’t even make the slightest move toward the phone on his side. I never thought about this possibility. That he wouldn’t want to see me. Wouldn’t want to talk to me.

I know when he couldn’t stop staring at me or my hair the other day, I took it as a sign he could see the colors, too, but what if I was wrong, wrong, wrong?

Why didn’t I think of this?

The look on my face must be pretty pitiful because there’s a flash of something very akin to sympathy in his eyes as he sighs heavily and finally reaches for the phone. He holds it away from his ear for a second, rubbing the back of his neck with his free hand. I watch as his chest expands with another deep inhale, and he brushes his fingers harshly through his hair. Combing through the strands from back to front, it stands on end, but the finger-in-a-light-socket look doesn’t detract at all from the air of intensity he projects.

He puts the receiver up to his ear and there’s a beat of silence between us before I speak.

Nice, Libby. Real nice. Of course he’s Andrew. He knows this. You know this.

He doesn’t say anything. Probably because he’s too busy thinking the girl sitting across from him is some kind of socially inept moron.

He nods, the movement slight and succinct. There’s no hint of amusement on his face though, and the gesture makes me feel the slightest bit better. 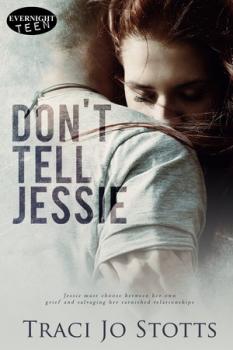