When in Rome (MM)

The year is 2029, and Marco has been working on a time travel machine. His friend Derek suggests they try it out, but even as he programs the machine for ancient Rome, he doesn't think it'll work.

The next thing he knows, he’s picked up by a slave trader and taken to a marketplace in ancient Rome. Potential buyers poke and prod him, examining the merchandise from every angle, yet bidding is slow. After the auctioneer, who is keen for a sale, announces that Derek is a virgin, hands shoot into the air. All Derek can do is watch and pray whoever buys him is kind and halfway good-looking.

His prayers are soon answered, though he is informed on the way back to his new master’s villa that he is to be put to work that very night. Far from home and alone in a strange, ancient world, he does the best he can. Neither he nor his friends had talked about getting him home to 2029 again. 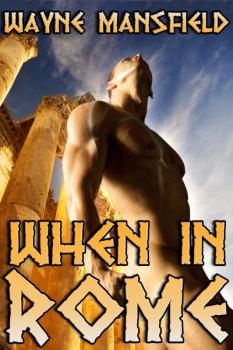 When in Rome (MM)

The man who stepped forward with a small purse of silver coins was six-foot and broad shouldered. His hair was jet black and glistened in the sunlight. His smile was confident as he navigated his way through the throng of men still discussing the fair-skinned boy from the west. As the winning bidder handed the auctioneer the leather purse, Derek watched the man’s bicep swell beneath his olive skin. He noticed the muscular, moderately haired forearm and the large gold bracelet he wore that accentuated his bronzed skin.

“Come with me,” said the man, gesturing with a sweep of his hand for Derek to step down from the podium.

The auctioneer cut the rope binding Derek’s ankle and he stepped onto the powdery dirt of the market place.

“My name is Gaius. I will be a fair master if you’re obedient. I’m having a small gathering tonight. Very informal. And the perfect opportunity for you to prove your worth.”

That was all he said on the long journey back to his home, an elaborate villa which stood nestled between the vast vineyards on the hillside behind it and the olive groves in the valley flat in front of it.

“May I have some clothes?” Derek asked as Gaius led him through the front room of the villa and into an inner courtyard.

“No, you may not. And you may not speak unless spoken to. Remember your place and things will go easier for you. Now, as I mentioned earlier, I’m expecting some guests tonight and you are far from presentable. I’ll send someone to bathe you. Wait here.”

His concentration was interrupted by the arrival of a naked African boy about his age. The youth was completely smooth. Even his pubic hair had been shaved off, possibly to emphasize the impressive organ swinging between his legs.

“This way,” said the African boy, barely acknowledging him.

Derek followed the boy into a small room just off the courtyard. Contained within was a square bath, large but shallow, and full of warm water. The African boy walked over to a small brass jug, picked it up, and poured some liquid into the water.

“Scented oil,” said the boy as though he’d read Derek’s mind. “The master likes us to smell pleasant for guests.”

“Now get in and I will bathe you.”

“I can bathe myself,” Derek replied with a hint of annoyance.

“I have been told to do it,” countered the boy. “Don’t get me into trouble.”

Derek felt a slight frown materialise on his face as he stepped into the water. He waded across to the far side, away from where the boy was standing, and sat down. Leaning against the side of the bath, he let his head fall back against his shoulders. He scooped up handfuls of water, poured it slowly over his torso and was surprised at how silky the mixture of oil and water made his skin feel, and how the subtle hint of perfume contained within the oil calmed him, especially after the day he’d had. Within seconds his frown had disappeared.

“What’s your name?” he asked as the boy, who had walked around to the opposite side of the bath, began washing his back.

“Derek,” he said, and for a short time they chatted and laughed together, although it was tricky to avoid answering questions about where he had come from. The smile evaporated from Derek’s face, though, when he felt Pintu’s hand slide down his belly and onto his cock.

“I can do that myself,” he said, feeling the frown return as he grabbed the boy’s hand.

Pintu looked him directly in the eye. “Master said I have to wash you thoroughly and that is what I’m going to do, so please remove your hand.” 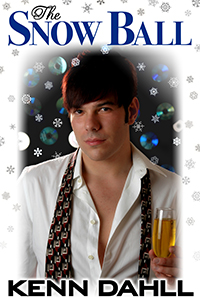