When We Were Amazing

Fourteen freaking hours in the hell that was the interior of a jet plane. He tried to read, listen to music, watch a film. Nothing. He could see nothing but her lying in a hospital bed, tubes and technology running from her, surrounding her with their manufactured sterility. She needed to be touched. He needed to touch her. Make sure she was warm, well, alive.

A nagging weight lodged in the pit of his stomach. No food, no drink, just her. She was the cure.

He slid the sunshade up. The first rays of light sliced across the horizon as they chased the day at thirty six thousand feet. He could scarcely make out the scallop of cumulus below as they drifted by. The world went on, not caring a thing for the concerns of man. His world was suspended like an insect in amber. The rest of humanity could look in at him, but he was paralyzed to act, to move, to breathe. 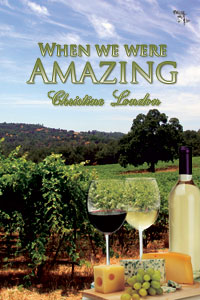 When We Were Amazing

The smile slid from his face. Re-fastening the stud of his jeans, he turned to her. “What’s wrong, Carrie?”

“Look at me.” He hooked her chin with two fingers. “Why are you treating me like I’m suddenly a stranger?” Tilting her face up to his, he lowered his head to engage her eyes. She still had hers cast to the ground. “Come on. Did I say something wrong? I felt…it was…you were amazing.”

Her eyes scrolled in reluctance to his. “I don’t think I can do this.”

“What do you mean? You just did…and in the most incredible way.” He smiled, testing the waters of her reaction.

“It’s not you…You were perfect.” She leaned her head against his shoulder. “I don’t think I’m ready to talk about it.”

Clamping onto her shoulder he looked into her with intensity. “God damn it Carrie. Don’t start clamming up. We never did online. Why start now?”

“We never had sex online.”

He raised a dubious brow.

“Okay…so we wrote about sex. That doesn’t get you pregnant.”

“So you are worried.”

“I should have waited to go to the chemist.” He shook his head in self-recrimination. “Should have had a condom.”

“No…I can’t.” She stiffened again in his arms.

“I can’t get pregnant,” she spewed.

“Yeah. Can’t,” she reiterated in cold indifference, like a news reporter delivering a story.

He instinctively drew her to his chest, holding her body as though it might break. “I never dreamed…I think it’s…okay…”

She pulled away from him, engaging his eyes once more. “Yeah…I can tell it’s just what you had in mind.” Turning, she began to jog away from him in the direction of the high-rise hotels.

“Damn it, Carrie.” He took off after her. She quickened her pace. Shit she was fast. He broke into an all out sprint to catch her.

Hooking her arm, he twirled her about like a top. She spun into him, air knocked from her at the impact. “Let me go, Bryan,” she spouted in gasp.

“I don’t even know where you’re staying.”

“Why do you need to know? It was obviously a mistake coming here.”

He took her by the shoulders. “Listen to me Carrie. It’s you who’ve decided what’s important to me. I don’t give a rat’s arse if you can have kids.”

“Yeah…that’s why you’ve been talking about what a great dad you’re gonna be…how much you want to watch them grow up.”

She’d caught him. He had said those things when they’d exchanged hopes and dreams online. He tried to keep his expression even, but the look on his face sent her over the edge. The pain in her eyes was something he never wanted to see, never meant to cause. He knew he’d sent a knife to her heart.

She turned from him again and ran. He stood, arms hanging in impotence at his side and watched her disappear into the night, her figure reappearing in the lighting of the awning of the hotel closest.

It seemed an hour before he was able to move. His feet felt glued to the pavement; his mind reeled in self-loathing and regret. Why hadn’t he stopped her? What was wrong with him?

The chill of the night invaded him. He felt it press into his bones through the thin t-shirt he’d dragged over his head. He’d left his jacket behind under the trees where they’d...

“Damn.” The word shot from him sounding like it came from someone else. His chest ached with it. He turned toward the beach car park and walked numbly to his Rover.

She fell into the center of the billowing white comforter. Clothes sweaty, she shivered. The envelope of the duvet surrounded her like a comforting nest.

She lowered her head to her chest. His aftershave clung to her skin, rose around her as though he were with her again. “Damn it.” She struck the mattress with clenched fists. Why had she even brought it up? It shouldn’t matter. They were, after all, fast friends first. He was a young man. Of course he had dreams of home and family. But when he’d made love to her so tenderly, with such ardor, she’d melted. She could still feel the touch of his mouth on hers.

“God, you’re an idiot, Carrie.” Her words sounded hollow, disembodied. She grabbed the edge of the comforter and rolled herself in it like a cocoon. Sweat beaded at her forehead and a wave of nausea swept through her. She had to escape.

He drove through the night along the road toward Mornington, every curve and bank negotiated by rote. Taking the long way through the hills, he made a sharp turn into the overlook and skidded to a stop, tires sliding on the gravel. Pulling the emergency break, it felt as though it would fracture in his hand. The percussion of his shoulder into the door sent it flying open, recoiling back into him as he exited.

He tore into the forest, stumbling along the narrow overgrown pathway leading to the ridge. The trees thinned, and then opened onto the broad ledge of an overlook. The heels of his shoes scrapped the rock face as he came to a standstill. The only thing he could hear was the sound of his breathing straining under the demands of his descent. The town of Mornington lay below, asleep. Only the occasional porch light dotted the shadow of homes sprinkled along its perimeter. Above the sky glowed indigo into purple with impending day. It was still an hour away, but the turn of the earth allowed first light to seep into the blackness.

Eyes scrolling to the sky, he looked at the winking stars spread across the path of the Milky Way in artist’s stroke of genius. God, but he lived in a beautiful place. Why did it seem suddenly flat, cardboard? He drew the resinous air in through his nose expanding his lungs until they ached. Holding his breath for a moment, it burst out of him in a mirthless laugh. His shoulders shook with the violence of the emotion erupting from him. Abdomen contracting, he wiped at the corner of his mouth.

“God forgive me, Carrie.” The words tore from his chest. “I can’t.”