She checked everything was in order in her bag, picked it up, then with a quick glance in the mirror, checked her reflection. Her very long, thick, deep auburn hair was swept on top of her head. Her make-up was impeccable, complementing her ivory skin and light green eyes. She was a big-busted woman, with heaps of curves that suited her. She revelled in her shape and deplored women who strived for thin model-like figures.

Because people expected a certain style from her lectures, she was wearing a tight black skirt, white blouse, and very high heels. Once she got behind the mock kitchen bench, she would slip off her heels as she lectured. Standing straight, she shook her head, then she adopted her “kitchen goddess” persona, moved into the hallway, and started for the staircase leading down into the auditorium.

As she started down the stairs, her heel caught on the apron string dangling out of her bag. She tried to grab the handrail but missed, dropping the bag instead.

Just as Emma thought she was going to fall all the way down, a strong arm grabbed her. She clung to it as she tried to right herself but ended up sitting on the stair. Her saviour turned out to be a very attractive and, fortunately, very strong, man.

“Thanks. Thank you so much, I thought I was headed for the bottom.”

“I’d hate to see that beautiful face black and blue.”

He leaned very close to her,” Is your foot okay?”

“I think so. My heel got caught.” She grinned wryly.

“How ‘bout you stand up and make sure you haven’t twisted anything.”

He helped her to stand and when she went to step and put weight on that foot, she almost fell again. She ended up with his arms around her. Emma could not help noticing that he smelt delicious as well as being good looking.

He sat her on the stair again and lifted her foot. “There’s your problem.”

He had taken off her shoe. Her beautiful and expensive Louboutin Zappa looked very sad—the heel was hanging at a very strange angle.

“Damn! They are, or rather, were, my favourite shoes! Oh well, at least it wasn’t my neck.”

He looked at the shoe and then gave her a rather strange look. The Zappa were pointed-toe stilettos in black kid leather featuring six tiny rows of sexy spikes on the back of the heel.

She reached down and took off her other shoe. Once more, he helped her stand. Emma was surprised at how tall he was now her high heels were off. He had to be at least 6’ 6” to her 5’ 8” and looked to be a few years older than her forty-three. He smiled down at her and she felt her stomach flip. He had the most amazing light blue eyes and salt-and-pepper hair. There was only one word for him: delicious.

He actually held her elbow as they went down the stairs. The bag had fallen onto the landing and was lying, ready for her, when he picked it up instead. She could feel his fingers rubbing her arm.

She was embarrassed that someone would be helping her.

“No. You carry your shoes, I’ll carry this. Which way?”

Emma blushed and then led him along to the auditorium. Walking in, she led him to the pseudo kitchen bench.

“Thank you so much. I appreciate you help.”

She held out her hand for the bag after throwing her shoes in a shelf underneath. He moved past her, brushing against her as he did and placed it on the counter.

“So going to fall down any more stairs today? Would you like a body guard?”

Emma laughed. “I hope not. Thanks for the offer but I think I’ll be fine now.”

“Are you sure? I’d be only too happy to offer my services.”

He replied with a wink. Emma had a feeling he was not just talking about carrying her bag. She gave him a big grin and shook her head.

Damn, he was good looking!

He stepped very close to her. Emma could feel her heart pounding, she was frightened but excited as she breathed in his delicious male aroma. He put his hands on her shoulders and for a moment, she thought he was going to push her onto the counter top.

He leant down and whispered in her ear, “Maybe another time.”

Emma knew she looked hesitant. It was one thing to say he would control her but another to actually do it. Other men had said the same thing. This was their first real test, this was the chance for her to see if she could give control over. If he were strong enough to wrestle the control from her. Whether he could resist her pleadings.

“Sweetheart, I know your fears. You have to trust me. I promise I won’t hurt you, at least I won’t do anything to hurt you more than I should.”

Emma looked at him. This was it.

“Okay. I’ll take a chance to trust you.”

“Just remember I won’t listen to your pleading, I’ll be watching your reactions, your body. Ready?”

Emma looked over at him as he stood looking down at her. She removed her clothes until she was naked before him.

“Perfect.” He walked around the bed until he was behind her.

“Now bend over until your head is on the bed and that cute rump in the air. Legs wide apart.”

Emma got onto her knees, then dropped her head to the bed, and she felt his breath on her arse cheeks. Suddenly he slapped each one—hard. She gasped. Then she felt his fingers pulling at her lips. She went to move.

He slapped her again. The sweet sting gave her a rush. She heard him rummage in the bag then heard a swish as he tested the duster. Without warning, he brought it down on one cheek.

She felt him push a finger into her cunt, then a second. At the same time, he hit her again. It was wonderful, she wanted more.

He hit her again, she screamed her pleasure again. All at once, he flipped her over. Deftly he tied her hands to the bedpost and then one ankle.

“You will keep your legs apart. I’m not tying your hurt ankle but if you close your legs I stop. Understand?”

Once again he used his hand and slapped her. This time on her clit. He leant forward and harshly pinned a peg to each nipple. Emma drew a gasp as each one was pinned tight. She looked over at Simon. He quickly shed his clothes and for the first time she got to admire his naked body.

A well-defined six-pack, so muscular, with a trail of hair that lead down to a huge cock. She wanted to taste that. She wanted to run her hands across every part of his body. He straddled her body and climbed up until he was level with her face.

Kneeling on one knee, he held his dick in front of her mouth.

When she complied, he pushed his cock into her mouth. He began to thrust in and out of her mouth, and every now and again he would press against the pegs, making a wave of pain surge across her body.

He kept thrusting until she could feel he was close to coming. He pulled his cock from her mouth and quickly rolled on a condom. Working backward, he pulled her down the bed until the ropes pulled hard against her. He picked up the duster and deftly hit her across each breasts. She was moaning in pleasure as the pain increased. She felt herself begin to float. Her mind lost in the sensation of each stroke, each lash against her skin. She was in sub-space.

Simon held his cock against the entrance to her cunt. He tweaked the lips, holding them tightly before he pushed his cock into her. She wanted more pain.

Simon ignored her pleas. As he began to thrust into her, he pulled off one peg. 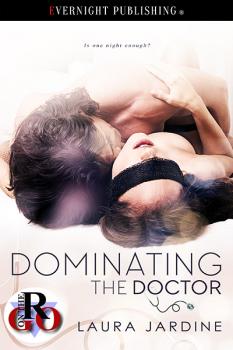