Slade Rockers’s career wasn’t supposed to be over so soon—he was supposed to go out on top. But fate had other plans. Despite a bruised ego, he goes back home, back to the only other job he’d ever had, and turns to the people he’s always cared for, the Collins’. He cherishes the Irish pub and the family who owns it. He throws himself back into tending bar, letting the jokes and laughter heal him. Until his longtime friend makes him accept a blind date. Kori Dalton is a fan of beauty. She’s surrounded by it working side by side with her cousin who owns Dalton Floral. But one flower order from a sexy bartender is all it took to turn her world upside down. He picked up the bouquet she’d made and left Kori breathless and still waiting for her own prince charming. If Mr. Tall and Handsome would have been a one-time meeting she’d have been fine. But her come-to-life fantasy man becomes a regular at their store, knocking her completely off her axis. 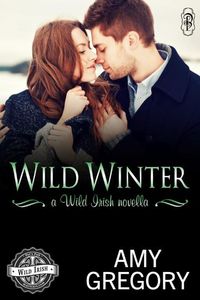 There was a twinkle in his eye, and his mouth twitched as if he was trying not to grin. Kori tipped her chin up, willing him to say something.
“Anyone ever told you how cute you are when you’re sassy?”
She glanced at the floor and laughed. “Nope. But I was offered a bar of soap a time or two when I was little. If that counts?” She looked back up, his silence had her stunned. He’d been grinning and teasing, but something had darkened his eyes, his jovial smile replaced with something much more serious. Kori felt the chemistry between them shift into overdrive, and she didn’t dare break away from the brown eyes locked on her. He was reading her, she could tell, but she was at a loss as to what he was thinking. Her mouth went dry, which was fine; she had no clue what to say or do.
Was he put off by her inability to act and speak normally around him? Was he going to make fun? She was on foreign ground with Slade, not knowing which way to step. But his heated gaze had her so turned on she hurt. Slade hadn’t let go of her either, if anything, he’d pulled her tighter to his chest. She could hear his breathing, though it sounded strained, as if he was trying to control himself. Kori swallowed hard as his brow rose.
“I’ll keep that in mind, but I wouldn’t be using soap as a punishment,” he replied, staring for several long seconds. Then he winked.
He dropped a peck on the tip of her nose, and the fire from the moment was washed away, replaced with lightness. Kori felt all the air rush from her chest. She didn’t know the man well, but in their brief standoff, she had been driven close to the brink of yanking his coat off, then every other layer he was wearing, and forgetting about breakfast. Now she needed a hell of a lot more from Slade than a damn peck on the nose.
One side of his mouth tipped upward in a sly grin. He knew exactly what he’d done, how he’d left her feeling completely horny.
Kori pointed at him. “Stop. Don’t you dare try to read my mind.”
“Sweetheart. I don’t have to try.” He grabbed her tight, hugging her to him and whispered in her ear, “Your eyes, the way your cheeks turn pink, your face says volumes. So, let’s just say the nervousness you had me strung up with these last few weeks is all gone. The fear I held inside that I’d possibly come on too strong and scare you off—I can sense what you need. I don’t have to try to read your thoughts, you’re an open book, honey, and it’s gonna make my life a hell of a lot easier than the last few weeks. So, thank you.”
“Thank you for what?”