Police Officer Ben Wilde is married to his work, and he wants a divorce. A third generation cop, he knows the price his career demands, but he still hopes for more out of life than taking down criminals and late nights with his canine partner, Chase.

Veterinarian Kelly Towers loves all animals, but she has a special place in her heart for Chase and Ben, his human handler. When her clinic is broken into, it brings the sexy Chicago cop and his four-footed partner to her door, and the sparks that have been smoldering between them finally combust into flames.

Two passionate souls, two demanding careers, and too many secrets lead to a wild chase... 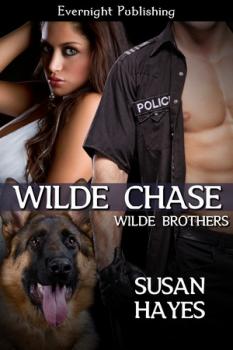 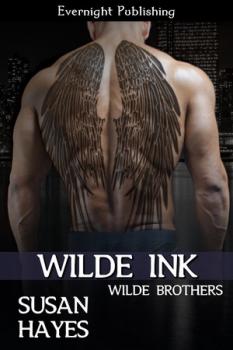 “One of us is still wearing clothes,” he pointed out, sliding his fingers beneath the lace sides of her panties and moved them over her hips. He dropped to his knees as he pushed them down her calves, pressing a kiss to her navel before letting his tongue swipe several slow, lazy circles around her belly button. When he finally got her panties to her ankles, she stepped out of them, letting him see her for the first time.

She fought the urge to cover herself with her hands when his gaze traveled the length of her body and back again. She knew her body wasn’t perfect, but the way he was looking at her helped to banish the last concerns from her mind. He was staring at her as if she was the most beautiful woman in creation, and it melted Kelly’s heart. Without a word she stroked her fingers into his wet hair and bowed over him to press a kiss to the top of his head.

“Mine,” he muttered, the single syllable so softly she barely heard it. Before she could react, he buried his face between her thighs, his hands coaxing her legs wider as he nuzzled against her slick curls. Hot breath fanned over her wet skin, his mouth nuzzling against her outer lips.

Feeling off balance, Kelly reached for the corner post of the bed, needing the support. She sank down onto the edge of the mattress and Ben growled in approval. He dropped his shoulders one at a time as he coaxed her legs wider, working his shoulders between her knees until she was completely open before him. “Lie back and let me taste you, baby.”

The moment Kelly stretched out on the bed, Ben had her legs draped over his shoulders and his mouth on her pussy. His tongue danced in tiny circles around her swollen clit, coming achingly close before moving away again. “Ben, please!” she heard herself begging, but he just chuckled, the vibrations adding another level to her pleasurable torment.

Again and again he tasted and teased, never quite giving her enough stimulation to let her find her release. Kelly’s pulse was thundering as if she’d just run a race and her fingers were curled into the quilt, kneading at it in time to the flicking of Ben’s tongue. She pressed down on his shoulders, using him to lever her hips off the bed in a silent demand for more.

This time he rewarded her by sucking her clit into the heat of his mouth, holding it carefully between his teeth. He lashed at the tender nub until she was hovering on the edge of an orgasm as fierce and wild as the storm still raging outside. That was when he plunged two fingers inside her, pushing her past her limits.

She came on a cry, her body arching high off the bed as every cell of her body was saturated with pleasure. The feeling was so intense that she lost herself for a time, only drifting back to the here and now when she felt Ben moving.

“Kelly?” he spoke her name in hushed tones. The bed dipped as he lay down beside her, tugging her limp body into his arms.

She opened her eyes and smiled when she saw his handsome face looking down at her. “Hello, sexy.”

He leaned in to kiss her, one hand threading into her hair as the other stroked down her back to cup her ass. “I think watching you come is my new favorite thing in all the world. You are gorgeous when you let yourself go like that.”

“Want to see it again?” She waggled her brows at him, laughing as he grinned and nodded eagerly.

“Hell yes I want to see that again, and again, and again. I told you, baby, once I got you upstairs you were staying here all night. I have plans for you, and they don’t involve sleeping.” 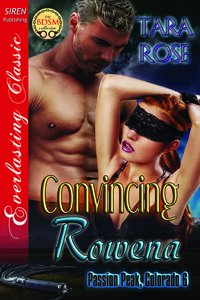 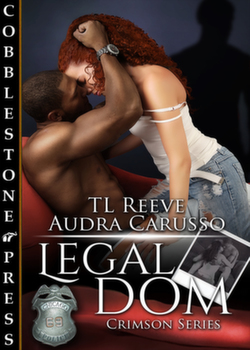