Sequel to Flame and Snow

With Emylnor saved, Akton and Talfryn try to settle into a normal life. But before they can get too comfortable, they learn dragon shifters are attacking. Led by Lord Fanglyr Reynox, the dragons are vicious, capable of extensive magic, and taking advantage of Queen Ylenia's weakened forces. When Wren returns, they have a choice: report to Ylenia for orders, or go rogue with Wren and take down the Dragon Lord.

It could get them executed, but they choose Wren. Not only did she help them before, Akton and Talfryn are drawn to one of her companions, a griffin shifter named Lochlann. But navigating love among three men is the least of their worries. They're going deep into the Dragon Realm to confront Lord Reynox, and the dragons are known for their brutality. Can their growing affection catch fire, or will it be snuffed out by the wind and stone of war? 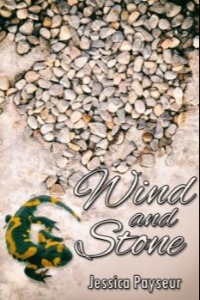 "Cover me," said Akton, then turned and dashed toward Arvi and Talfryn, zigzagging as he went. He could feel Talfryn through the ground before him, pulling on his flame powers, and when he thought about it he could feel Lochlann behind him, magicks at a different kind of frequency. A bolt of wind scattered a flame ball in front of him, and most of Arvi's knives missed his careening body, although one came close enough he felt the blade just whisper against him.

Arvi was the weaker fighter, but Talfryn was the problem. So when Akton got close enough he moved like he was going for Arvi, then whirled and brought his blade around instead for Talfryn. It worked, mostly. Arvi staggered back, their next knife loosing early and biting into the ground. Talfryn moved to the side, not quite far enough outside of Akton's swipe, then, at the last second, shifted to avoid the blade. Akton pulled up at the same time, then turned, Arvi raising a blade for hand-to-hand.

Lochlann must have been trying to keep up by burying Talfryn's salamander form, because when he shifted back, Akton could hear a waterfall of dirt pour off him. Arvi was trying to circle him around to put his back to Talfryn, which would be bad news for him. If Akton had been in battle, he'd cut Arvi down and return to Talfryn, but he wasn't about to kill anyone. He struck out instead with a blow not meant to connect, then whirled when Arvi jumped back. Lochlann blew him down with a wind while Talfryn surged forward.

Before Akton could get his sword up again Talfryn was inches from him, hands full of flame. One hovered over Akton's sword wrist, the other, at his throat under his jaw. He could feel the heat from Talfryn's fire and knew not to move a muscle. Talfryn smiled, leaned in.

And his fires flickered. Akton leaned over to complete the brief kiss and then pulled away, grinning. Once he'd moved a few steps Talfryn's hands grew back their flame, and he became aware of Lochlann by his side.

"You messed with his fire?" asked Akton, but there wasn't time to chat about it. Another dirt barrier, another wall of flame. It did look like Talfryn's attack curved a bit to the right, now that Akton knew to look for it. He would have never seen it without having it pointed out, though. Wren was good.

"I just ... took away the oxygen," said Lochlann, then rippled the ground underneath Talfryn and Arvi's feet. "Do you both mean it? About wanting me?"

"Yes," said Akton, managing to knock a knife from the air with his sword. It was harder for him to discern what Arvi was about to do since they weren't a shifter.

When Akton turned back to frown at him, Lochlann whipped the air up around them to defend against attacks. It started as a breeze but surged to a whirlwind, cutting through the air around them, blocking them off from the others. Akton could feel the tension in it, the frustration. Lochlann's magicks surged like his emotions, wanting and forceful.

If he needed some way to trust, Akton could give it. It was more Talfryn's style to make a first move, but he could handle it when necessary. He crossed the few steps to Lochlann, reached out and caught the back of his head with a hand, and leaned in for a kiss. When their lips met Lochlann fell into it, eagerly returning what Akton gave. His right hand moved to grab Akton's shoulder, pull him closer. Something eased in the whirlwind around them.

And it burst into flame. Akton pulled away, gasping as the heat rose immediately. This combination would cook them like being in an oven, but Lochlann smiled a little and the flames disappeared. 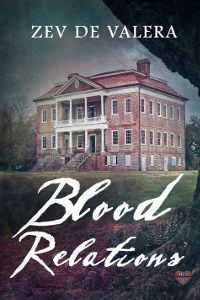 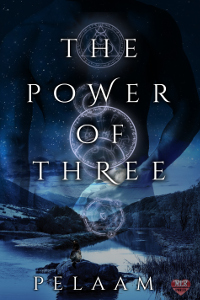 The Power of Three
Pelaam
In Shelf
$5.99