Eboni Stiles thought Simon Blackcat was a walking, talking mass of perfectly packaged testosterone trouble. She made it a point to stay as far away from him as possible. Especially after that one night, she lost her mind and slept with him. After she witnessed a murder, Simon’s the only man who can protect her from the danger hunting her. But while hiding out on a mountain top alone with him, who's going to protect her heart? An evening with Eboni was not enough for Simon, not even close. So when Eboni’s life was in danger, he was the only man he trusted to protect her. Because those chasing her would have to kill him to get to her, and Blackcat did not die easily.

Words, Simon Blackcat wanted to hear again from Ms. Eboni Stiles with the pale brown eyes for months. The edginess in her tone suggested urgency. But somehow he didn’t think she meant it the way he needed her to.

He headed outside with the phone to his ear. The music from the live band made it difficult to have a conversation in the room. “What’s wrong?”

Eboni sneezed in reply. She’d left her sister and Ross’s wedding reception over an hour ago because she felt sick. Simon asked to take her home, but she wouldn’t let him. He’d offer to do a lot more but refused to chase her. Once should have been enough. Despite what happened between them, she was the staying around kind—he wasn’t. Yet for months, he’d thought of little else except the one time they’d slept together. It irritated him she seemed to be the one who made it clear it would only be the one time, by walking out on him in the middle of the night. Hell, that’s what he’d required. Right? Perhaps that’s why he couldn’t let it go. He still desired her. Once was not enough for him to have his fill. 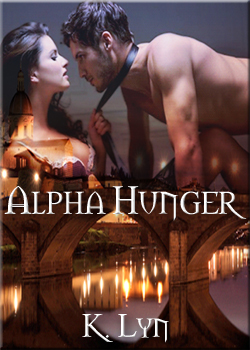 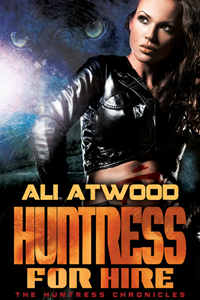 Hunttress for Hire
Ali Atwood
In Shelf
$2.99
Tweets by
sirenbookstrand