Now Maggie has something else to worry about—her heart.

Maggie and Jack were introduced to the kinkier side of sex by partners with the wrong idea about the lifestyle. They are now careful and leery around others, and for good reason. Jack is afraid he will hurt the women he dates, and Maggie is just afraid.

The two live in the same apartment complex, and they're very aware of each other, but that's as far as things have gone. Neither one of them knows how to get past the mental block. Then one day Jack shows up at the VA clinic where Maggie works, and their lives begin to change due to the interfering actions of her coworkers and a stupid bet.

When Jack suddenly shows up at their usual Friday night dinner out, Maggie ends up spending the night with him. It's a passionate, sexy encounter, and they both begin to hope that they might be able to get past their previous experiences. But things are still not well. The two may have given each other their bodies, but now they have to decide if they can give their hearts. And the trust required to do that doesn't come easily. 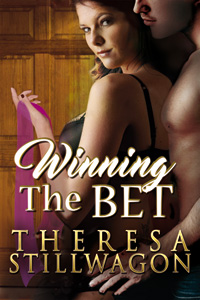 "What the hell is he doing here?"

She twisted toward Phillip. "I didn't want to take your stupid bet, so you decided to change it."

She didn't believe him. "Then what is Jack doing here?"

"Don't act like you don't know what's going on." Maggie swallowed down the unexpected hint of anticipation butterflying in her stomach. "If I wanted to go out with him, I would have asked him myself."

Phillip wiggled his brows and leaned toward her. "Then why didn't you?"

"Because I didn't want to." So what if it was a lie? How would her friend ever figure that out? "I don't want to go out with anyone. I'm happy with the way things are with me now."

He shook his head. "How can you be happy when you go to bed every night alone?"

Maggie jerked from her internal questions and stared at her friend. "I'm not interested."

"Weren't you even listening?" Phillip squeezed her arm gently and pulled her toward the dining area. "That gorgeous man has noticed you standing here, so it's too late for you to leave."

"I wouldn't bet on that one, Phillip."

Yet Maggie allowed him to half-drag, half-walk her toward the now standing Jack Reynolds, mega-watt grin beaming from him like a welcoming beacon from an old lighthouse.

"About time you decided to come to the table," Karen said. "Jack here was ready to pounce if you turned and ran."

Maggie glared at her. "I thought that was why Phillip was waiting for me by the door—to keep that from happening."

"Look at it this way," Karen stated in an even tone, "now you won't feel like an unwanted wheel."

"Our dear friend is in major denial." Phillip sank into the booth beside his larger, quieter mate. "Scoot over, honey, so Maggie can sit down."

She didn't want to sit, but she couldn't see any way out of it. Jack settled into the booth beside Karen, directly across the table from Maggie. His gaze never wandered from her, his smile dimming only a few degrees.

"I'm starving," Wayne announced. "Guess we should all go and get some food now."

Maggie popped out of the booth at the same instant Jack did, bumping into him as she raced around the last table in the row. He followed her close behind, a bit too close.

"I love this place."

She ignored his attempt at conversation as she reached for a plate at the end of the metal buffet. His fingers brushed against hers at the same moment, his hard body pressed tight to her side. She couldn’t move away without bumping into the woman standing in front of her.

"You must like it too," Jack whispered. "Karen said the five of you always come here on Fridays."

She wanted so much to move away from him, but instead, she leaned in closer before her brain could stop her. The crisp, clean scent flowing off his body surrounded her in a warm embrace, touching something deep inside her.

She glanced at him and fought down anticipation rushing hot and fast through her body. If this were a real date, the feeling would be all right. But it wasn’t a date, so wanting this man was all wrong. Yet she couldn’t help the feeling.

Phillip was right. She was in major denial, had been since the first time she’d seen Jack in the parking lot of her apartment complex a few months ago. 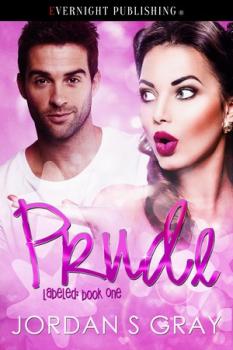 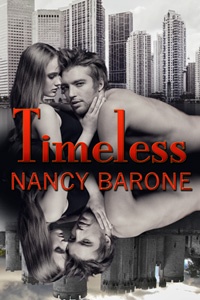