Sex slave to an alien culture...

Lt. Auri finds his job aboard the diplomatic cruiser both frustrating and exhausting, but he's determined to prove himself to his new captain. Despite the diplomatic importance of their mission, Auri is wary of the catlike Felinians, who have a reputation for enjoying human company, willing or not. But when he's ordered to witness the signing of the trade papers with the Felininans, Auri never imagines that he's about to be betrayed.

Heat Rating: Sextreme
Word Count: 40,327
5 Ratings (4.6)
Science Fiction Shape-shifter Alternative (M/M, Gay)
In Bookshelf
In Cart
In Wish List
Available formats
ePub
HTML
Mobi
PDF
Reviews
Very enjoyable reading. This story has parts that are sad where you feel for Auri and the loss and betrail he feels but all ends well and the interaction between these men is hot.
sarki
Read more...
Excerpt 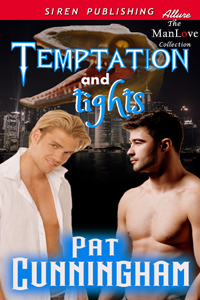