King Solna Nalion is tired of war. Standing in the aftermath of yet another battle over an ancient insult, he longs for the possibility of ending the wars at last -- and finds it in Vius Tylele, a wounded warrior who is not what he seems. In light of Tylele's charm and intelligence, Nalion schemes to unite their countries for a lasting peace, one that might even bring love.

Nothing is as it seems and Vius Tylele knows that all too well. But King Nalion’s marriage proposal, while ridiculous, has merit. Between petulant generals, tainted magic, and falling unexpectedly in love, Vius discovers he has more to lose than he thought. His country, his magic, and even his heart.

More From Legends of Osaire

"I accept your offer to wed, but we must set terms."

Solna nodded and stuffed his relieved sigh down into his boots. Then he waved at the plates, encouraging Vius to eat. "Absolutely."

Vius drew in a noisy breath. "First, we must decide which of us will give up his throne."

"I will," Solna said. Vius opened his mouth, probably to argue, but Solna cut him off. "It makes sense. This is my idea that you've graciously agreed to and I have an heir in my niece. She is more than ready for the throne."

"Right." Vius tapped a long forefinger against his lips for a moment. "In that case, we must also decide if you will be simply Consort or my co-ruler."

That one gave Solna pause, but then, it wasn't really his choice either. "Whichever pleases you. There is plenty of time to figure it out before we go to Osaire."

Vius frowned. "Why are you so amilicable with this? You are giving up a throne and kingdom like it is nothing."

"To stop war? To travel like I never could with a crown as a tether? To be with someone who knows the burden of it? Whose burden I can lighten?" Solna smiled gently at his confused so to be husband. "You bet. I'm all in if you are."

"I see." Vius shook his head, but smiled anyway. "Do you have any conditions?"

"Beyond following our marriage customs and pretending this is a love match?" It was Solna's turn to shake his head. "Not that I can think of."

"And you are fine with fulfilling all the duties required of a husband?" It was a challenge.

Vius' disbelief was written across his face. "All of them?"

Then it dawned on Solna what Vius alluded to. "Well, we are going to have to. It is a required part of the proceedings to consummate the union in front of the kingdom." For the first time in a long time, Solna flushed hot. "In front of those attending the feast, at any rate."

"Yes." Solna picked up a piece of soft bread and stared at it, flaking crumbs off in a nervous twitch. "Will that be a problem?"

For a while, Vius said nothing. Solna didn't dare look up to guess at his thoughts. Maybe his heart was a little more invested in this marriage to Vius than was warranted after such a short time. Damn it all.

Slender hands entered his line of sight and firmly stopped his fidgeting. Solna whipped his head up, eyes caught immediately by Vius' warm brown gaze. "It will not be a problem, Solna."

Solna slumped and blew out the breath he held. He dropped the bread and clasped Vius' hands. "Anything else we need to discuss right now?"

Vius shook his head and Solna tugged him to his feet. "Then let's sleep. I'm tired and you are still healing."

"It's not even midday yet!" Vius protested, but he didn't resist either. Solna ignored it. Vius' skin was paler than he liked and his eyes were starting to glass over.

He led Vius through the other door in the back wall and over to his large bed. Solna urged him up and drew the heavy quilt to Vius' shoulders. Vius curled up on his side, facing the other side of the bed. Solna smiled. 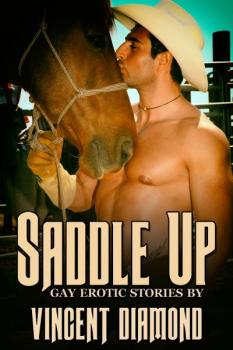