Sixteen year old Jacob Smithson has quite a temper. He’s picked on by other kids because he likes boys, and recent fighting has kicked him out of public school. As a last resort, his parents have placed him in the St. Thomas Aquinas Catholic Boarding School for Boys.

It’s at his first mass at St. Thomas where he sees Avery Dendritch, a senior who serves as altar boy during the service. When they meet, the attraction between them is hard to deny. The two become fast friends, and as the school year progresses, their friendship deepens into something more. For the first time, Jacob has found a place where he belongs ... and someone with whom he’s falling in love.

But the other students gossip about their growing relationship, and while Avery can ignore them, Jacob cannot. As the rumors and slurs start up again, can he curb his temper, or will his penchant for fighting get him expelled from St. Thomas, as well? 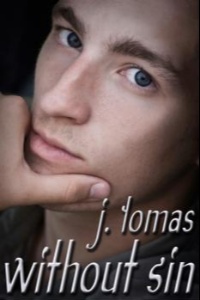 An Ally's Blog:
"The writing ... is strong, and I would love to read more from this author in more in-depth work. I enjoyed her writing style -- straight forward and clean, with good use of details."

Book Chic Reviews:
"I really enjoyed this book ... if you're looking for a quick, happy read about a gay teen relationship, this is a good novel."

Boys Next Door Reviews: 5 out of 5.
"I’m so happy to have a title that I can recommend to some of our readers who may not be of age to read some of the other novels we’ve recommended. This is a gorgeous work and I’m so happy to have the chance to be able to spread the word about it!"

Fallen Angel Reviews: 5 out of 5.
"Tomas has written an incredible story about two young men who are willing to everything on the line for a chance at happiness ... This story of young love touched my heart when I experience young love all over again through the eyes of Jacob and Avery."

Just Blinded Book Reviews:
"It was a very eye-opening book and definitely made me think twice about the hardships that gay people go through because of society these days. I’m so glad that I had the chance to read this book."

Manic Readers: 4½ out of 5.
"The boys ring so true ... The author captures teenage angst perfectly. The two main characters are well-defined and very different from each other. The supporting cast of characters are enjoyable, and I heartily recommend this book to all, young adults or not so young."

Obisidan Bookshelf:
"This is a book that most reasonable adults would not mind their adolescent kids reading. They might even be interested in the fine writing, compelling characters, and strong story themselves. Recommended."

Rainbow Reviews: 4.5 out of 5.
"The writing thankfully was tight, clear, and refreshing. The author effortlessly gave a voice to young adults with wit and intelligence without additional artifact ... I can easily recommend this book to romance and young adult fans alike."

Review by Elisa Rolle:
"A really romantic story, very suitable for young gay adult in love, but with that bit of romance with a much more adult feeling in it that can satisfy also an older reader. And then me, an older reader, I have always had a certain thing for young boys in uniform ..."

Review by Lyne:
"When an author gives you characters you can care about and a story line that holds your interest than you have a good book. When you do not want that book to end, the author has taken it from just a good book to an exceptional one. For me, Without Sin by J. Tomas is one of those books."

In the vestibule only a few students remain, mostly upperclassmen who don't have morning classes or who work in the church before lunch. Jacob stares straight ahead to keep from looking at anyone, and he's almost made it outside when someone steps up beside him. "Hey, there."

Jacob whirls around and finds himself face to face with Avery, that wicked half-smile on the boy's lips again. Avery is only a few inches shorter than Jacob. When he looks up at Jacob, light shines deep in those crystalline eyes, making Jacob catch his breath. He's never seen eyes that pretty, ever.

"Hey, yourself," he sighs. This was the real reason he came back. He hoped Avery would still be here.

"How do you know my name?" Avery asks. Jacob feels his cheeks heat up and he shrugs. "What year are you?"

Avery takes his arm and steers him from the church. Outside Jacob blinks in the bright daylight. "Is this your first year at St. Thomas A-Queer-Ass?" Avery asks.

Jacob laughs. His whole body tingles beneath Avery's touch because neither of them have pulled away. "Yeah." They head for the main school building, walking slow as if they have all the time in the world. Even though Jacob's going to be late to class, he doesn't care.

Avery is looking at Jacob, his gaze drifting over Jacob's wavy bangs and the rest of his facial features to settle on the curve of his smile. He stares at Jacob's mouth and when he licks his lips, Jacob thinks he's going to fall into those endless eyes. "What did you do to deserve this?" Avery asks with a grin.

"Whole bunch of things," Jacob admits. Even though they're no longer in church, his voice is still low. He's afraid this might be a dream and if he talks any louder, Avery will disappear. "Mostly cut up in school. I get in a lot of fights."

"You?" Avery grins as if he doesn't believe it. His hand tightens on Jacob's arm. Jacob thinks now is a good time to start swooning. This close he sees how flawless Avery's skin is and wants to catch those full lips between his own, kiss them swollen. When Avery winks, Jacob's smile widens. "You don't look like a bad boy to me."

"You don't know how bad I can be," Jacob replies, pleased that he manages to sound coy and unaffected when his whole body is screaming for Avery's touch. "You don't even know my name."

They've reached the school building now, but Jacob doesn't want to go to class. He wants to run off into the woods behind the school, Avery in tow. He wants to tumble to the ground, Avery above him, the crush of their bodies so sweet it's almost painful. He has no clue how he's going to make it through the day with that thought in his head.

Avery holds the door open for him. "You gonna tell me?" he asks. "Or do I have to guess?"

Inside, the school building's as dismal as the church, and musty like old books. The hall is clogged with students and Jacob's class is on the other side of the building -- he's already late so he's not going to rush. Hell, now that Avery is finally talking to him, he doesn't want to leave.

When he doesn't answer immediately, Avery's grin slips a notch. "Joseph?" he asks.

"Jacob," Avery breathes. For a moment his eyes slip closed as if he's savoring the name. Another squeeze on Jacob's arm and Avery lets it go. "Well then, Jacob." He says it like a prayer. "See you around."

As he walks away, he shoves his hands into his pockets. Jacob watches the way Avery's khakis pull taut around his buttocks with each step he takes.

Even after Avery vanishes into the crowd, Jacob stands there, still smiling just slightly. Is he falling? He thinks he is.