Wizard of the Fiery Crescent

The story reveals the unique of circumstances, which led to a regular man, named Aralik, becoming the most beloved, compassionate and well-known wizard of all time. Despite his great personal losses and his being thrust full-throttle into a lethal realm, called En’dellen, Aralik must endure unfathomable foes, befriend the resident elves and fulfill their prophecies, while placing his trust in the hands of an eccentric old wizard—all in order to keep a promise to his beloved wife—the promise to return to her, with their only son, Sevelin.

Young Sevelin, however, has passed away from a mysterious illness and has become separated from Aralik. Therefore, the frantic father sets out on an epic journey into the unknown, realizing that he is ultimately on a quest to confront the sadistic elf-sorcerer, Ibraxes, who holds the very key to the resurrection of his son—a magical power beyond all comprehension! 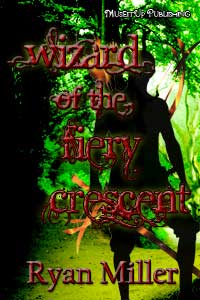 Wizard of the Fiery Crescent

Ripped from a fleeting blankness, and then thrust full force into a chaotic mix of echoing screams and splashes, Aralik’s eyes flickered around in all directions—his mind grappled to make sense of his new surroundings. Though fully night, the new scenery was lit half as bright as day by an enormous crescent moon. Foreign constellations of stars shone in the backdrop. No snow was in sight, and the air was tepid.

Aralik only half realized he was being nudged and pulled toward the edge of a pond by several pale-skinned, thin figures. He could not decipher their strange language, though they shouted at him, saying, “Ekam pu’drow, rofti! Ekam pu’drow!”

Then, the recognizable voice of the old man raised above the others’, urging Aralik to follow the “elves” to safety. Stepping out of the pond and moving onto dry land, Aralik was struck with a sudden alarm. He turned back toward the water and shouted Sevelin’s name over and over. The old man reached out to grab Aralik’s arm, yelling over the chaos that Sevelin had not come through.

In a panic, Aralik leaped back into the pond and waved his arms through the water in search of his son. “Aralik,” shouted the old man. “The dar murkes are riding this way atop their azzerwoles. If you want save Sevelin, you must leave the pond, immediately, and follow the elves to safety. You must trust me. Run!” Without warning, a monstrous beast, unlike anything Aralik could have imagined in his worst nightmare, leaped out of the encircling forest and into the grassy clearing surrounding the pond. Its exposed fangs glistened. It was a long, low-to-the-ground, dragon-like creature, which Aralik took to be an azzerwole. As if the dragon were not frightening enough on its own, saddled atop of it was a fearsome four-armed warrior. The dar murke, as the old man had called it, with its unnaturally crimson-colored skin and eyeless face, rode directly toward the pond. The dar murke’s curved, hand-held weapon flung blazing orbs of fire. Aralik had little choice but to accept the old man’s words and run away with the others. To Aralik’s surprise, the elves had not yet fled the daunting attacker and its racing beast. In fact, despite the fast approaching threat, the elves remained next to Aralik, yelling in their exotic language. Aralik dashed back out of the pond with the others, as one of the pale-skinned figures instantly dove behind him. A loud cracking sound echoed through the air, when one of the fireballs exploded on the elf’s shoulder. The elf had just taken a hit to protect him. Aralik spun to grab the self-sacrificing figure, which had fallen hard to the ground. Noticing that a terrible hole had burned through the elf’s shoulder, Aralik pulled the elf back up to his feet by his unaffected arm. Despite the extreme hurt, the elf quickly regained his composure and shook himself loose from Aralik’s supporting grip. He remained slightly behind with the other elves, to form a shield for Aralik.

The old man made an unexpected about-face and pointed his twisted wooden staff at the approaching dar murke. A bright bolt of violet lightning streaked from the flaming top of the staff and echoed through the night air. The dar murke managed to dodge the thundering bolt, and then changed course to avoid the old man’s attack. The old man aimed his staff again; this time sending a flickering bolt into the four-armed attacker’s chest and knocking it dead from its azzerwole. Immediately, small, winged dragons screeched and swooped down from out of the surrounding forest, followed by no less than twenty additional mounted dar murkes. Aralik and the elves had reached the opposite end of the small clearing, at the threshold of a vast forest. There, at the roots of the hulking trees, Aralik saw what appeared to be several sprawling, lumpy piles of fur, which he assumed were creatures of some sort. A petite female elf with long, auburn hair, pulled back to expose her pointed ears, sat upon one of the wooly beasts. Despite her soft features and diminutive physique, something in the female’s lavender eyes commanded authority. She appeared to be motioning for everyone to hurry to her.

Realizing he was seriously outnumbered by the dar murkes, the old man rushed after the rest of the group. Two of the elves guided Aralik over to one of the shaggy mounds, and then motioned for him to climb onto it. Aralik lowered himself onto the beast, which groaned and lifted its stubby head. He grabbed the long mane around its neck, as he saw the elves doing, and then looked back over his shoulder. Three sweltering fireballs screamed past the group, followed immediately by a fourth, which struck one of the elves square in the back—the same elf that had been hit protecting Aralik just moments prior.

Immediately, the old man hurried over and stood above where the mortally wounded elf lie, as two of the small flying dragons streaked toward them. The old man twirled his staff into the air, releasing a sizzling, splintering bolt of light that knocked both dragons dead to the ground. The fallen elf fixed his gaze up at the old man and muttered something in his native tongue. The elf then forced a smile and closed his deep-set eyes for the last time. After a brief hesitation, the old man pivoted on his staff and positioned himself chest-down onto the back of one of the mauloths. With his staff tucked up under one arm, he wrapped the mauloth’s fur around his fists for a good grip and yelled, “Aralik, cling to the mauloth with all of your might!”
Without hesitation, the lady elf shouted a command. “M’auves sop!” All of the mauloth creatures rose and shimmied up the gargantuan, shag-barked trees at breakneck speeds. 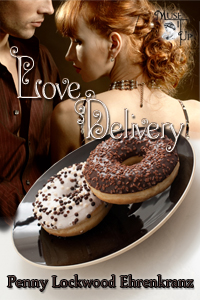