When Marti ran from her captors, she never thought someone would kidnap her again mid-escape. When faced with a lunatic who insists she’s been living on the wrong world all her life, she refuses to believe him. It’s crazy!

Yet, when Garrick the Gatekeeper uses the device that he calls a thread locator to drop her on another world, she finds her brother married and showing some long-lost emotion. She can’t deny something is definitely up. Have The Fates truly found the one man for her and should she believe that they’ve gotten things right this time or is the drop-dead gorgeous defender, Kylar, just another one of their mistakes? 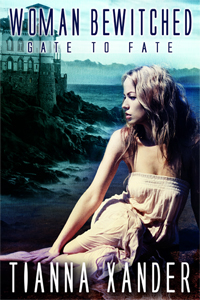 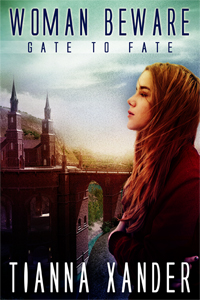 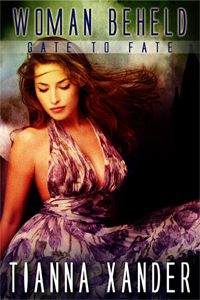 Kyl spun around and casually peered out the window when he found no one at his back. He didn’t want the others to know he heard the voices even now. How could he convince these people that he wasn’t going mad when he couldn’t even convince himself of the same? He stared down into the empty courtyard with a sigh. It wasn’t empty for long. At first the cobbled path was void of human presence and then a woman appeared, seemingly out of thin air.

“What the devil?” Kyl closed his eyes and shook his head before risking another look. The woman was still there, looking about her as though she had no idea in which direction to run.

Surprise! That strange, young-sounding female singsong voice said into his mind. What think you of that?

What he thought was that he was truly going mad. Where before there had been nothing more than an empty walkway, there was now a beautiful woman who looked as lost as Kyl’s mind.

Her dark gold hair all but glowed in the light of the two suns. Her too-thin frame looked sickly, but for some unknown reason he failed to deduce, she was the most fetching woman on whom he had ever set his gaze.

Kyl turned to face the others. Gesturing to a servant near the door, he barked, “There is a female in the courtyard. Bring her to us.” The man turned to go and Kyl felt the need to add, “Do not frighten or harm her. She appears…ill.”

The steward gave a short nod and slipped through the door.

Kyl turned back to the windows, unable to stop himself from keeping watch over the waif of a woman until his man reached her side. As he stood sentry from above, the woman faltered and then fell to the ground in a heap.

Without thinking, Kyl bolted from the room, using his defender’s speed. He knew he was nothing more than a blur when he passed the servant he’d sent for the woman. He believed the servant’s name was Durdor, but was unsure. It was of no consequence. He didn’t know why, but all that mattered to him now was reaching the woman before the cold flagstones chilled her already too-pale flesh.

Kyl reached the woman seconds later. Kneeling, he gathered her into his arms and lifted her slight weight, holding her close.

Thick, golden lashes formed golden crescents against her cheeks. Her breath even, she seemed to have no difficulty drawing in air. However, the light blue ring around her mouth gave him pause. He’d seen that before in people whose body temperature had reached dangerous lows. Full, red lips, cracked with dehydration, had that same blue tinge beneath them. They formed a slight moue even in her unconscious state.

Pulling her tighter against his chest, Kyl willed his warmth, his strength, into her as he carried her toward the consul, her head resting limply against his shoulder.

Some unnamed feeling came over him. Call it instinct, perhaps. Whatever it was within him wanted to know who had starved her and to whom he would teach some manners. On this world, one didn’t treat women with such blatant disrespect. If he could have his way, no one would treat this woman with anything but the upmost deference for the rest of her days. 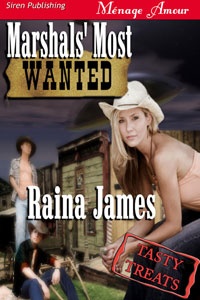 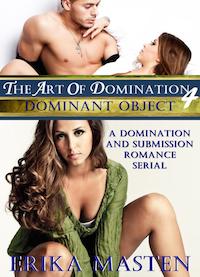