Workin' on the Railroad (MM)

Roane Wellman only intends to work one summer on railroad maintenance to pay for his next semester of college after his party-guy ways made his grandfather to stop supporting his schooling. In a summer of hard work, adventure, and danger, he matures and finds a new course for his life. Before the season ends, he knows he’s meant to be workin’ on the railroad as he fights to build a career and a partnership that just might last for the rest of his life.

Alden Prescott is a loner, content to operate his big crane and shrug off the added responsibilities of being a gang foreman. His current foreman, however, is a drunkard and so close to worthless that Alden ends up doing a lot of the functions he has tried to avoid. Although Alden’s strongly drawn to the handsome new summer hire, memories of a past tragedy make him afraid to pursue the relationship.

What will it take to convince Alden that Roane is not going to let him repeat past mistakes? Is their budding relationship heading for a train wreck, or is it the perfect connection to take them down life’s track together? 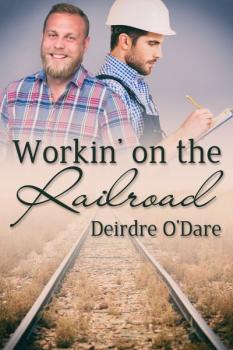 Workin' on the Railroad (MM)

Darkness was not quite total yet, but out here twilight faded rapidly into deep dusk. The mountains looming to the north and west cut off most of the paler sky and sunset glow, leaving the deserted camp in deep shadow. Some loose rock, probably scattered by some of the other guys peeling out when they left, rolled beneath Roane's boots. He found himself scrambling to stay on his feet.

Alden's hand closed on Roane's left arm a second or two before he lost the battle. That contact, even though casual, brought the electricity, the sparking awareness and the inexplicable surge of arousal back with a vengeance.

Roane's momentum carried him forward, hard up against Alden's body. He probably outweighed the other man by twenty pounds or more, even if Alden had two or three inches of height on him. Alden staggered back a half-step and twisted to brace his back against the side of the truck.

For long seconds, Roane leaned into Alden's hard spare frame. He could feel the other man's heartbeat, gaining speed just as his own was. Alden's breath whistled out in a puff, warm across Roane's face. Roane raised his arms, meaning to push himself upright again; at least, that's what he thought he was going to do. But that wasn't how it happened.

His right hand found a spot on Alden's upper chest, just below the shoulder and flattened there. He twisted his left out of Alden's loose clasp, felt Alden's fingers slide down from his elbow to his wrist and then fall away. An instant later, Alden raised his hand again, this time to slide it around behind Roane's head, fingers digging into the thick hair at the base of his skull.

Half a breath later, Alden's mouth crashed onto Roane's in an urgent kiss. Roane's left arm snaked around Alden's waist and welded their bodies even closer together. He forgot to think, forgot to breathe, forget everything in the whole world except the contact, chest to chest, thighs to thighs, stiffening cocks surging against confining denim, and lips clinging, twisting, tasting and claiming.

So abruptly Roane could not either respond or resist, Alden shifted his right hand to Roan's shoulder and brought his left up to add to the sudden hard shove -- back, away, apart.

"What the hell's happening here?" he grated out, echoing Roane's earlier exclamation. "I know you weren't agreeable to Flannery's games, so what's this about?"

Roane shook his head, trying to claw his way through the cobwebs of lust and confusion. "I don't know, Prescott -- Alden." The sound of the other man's name on his tongue seemed both strange and right. "And no, I wouldn't play Flannery's games for ... well, the starting quarterback slot on the Lobos' lineup and a blank check for the rest of my education!"

"I'm not saying that. I guess I just haven't quite been sure, but I'm leaning more that way all the time. I just didn't figure you were. This evening's been a crazy trip -- I'm lost. Something's happening. I think I might like it, but I'm scared shitless, too."

Alden laughed, a deep, ragged chuckle. "Yeah, I'm gay ... always knew it from the time I was a kid -- one reason I don't go home anymore. Folks don't approve. But I'm not a predator like Flannery and I'm particular about who I hook up with. You caught my eye at the start, but I wasn't going to push anything. If it was to be, it would happen in its own time. Has it?" 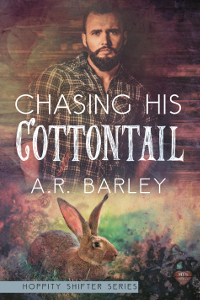 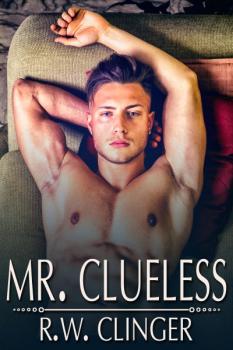