Working for the Railroad

Nico, a young Italian lad, endured a difficult childhood in New York City’s violent Five Points predominantly Irish neighborhood, but the rough environs didn’t stop him and his friend Joe from playing kick the can on Mulberry Street. In the aftermath of the first newspaper boys’ riot a turning point in Nico’s life occurred−he met Sean, ringleader of the protestors, and Nico’s idol. The remarriage of Nico’s Mama to a drunken brute with two sons was bad enough, but when his Mama died from her husband’s beating, Nico ran away from home, riding the rails to Chicago, enduring physical harassment along the way.

Chicago proved incongruous: ruffians, sexual predators, and unfair policeman on one hand; a compassionate judge, understanding bosses, and friendly coworkers on the other. Nico successfully navigated the streets, boarding house bullies, and the docks. During his travails he made friends−John a coworker with whom he shared a bed, Ezra, the son of freed slaves, and pesky Pete, his second roommate after John is viciously attacked on the dock. Soon he’s back on the train, this time riding First Class due to an agreement between two railroads to transfer the experienced office clerk to Las Vegas, New Mexico.

In Las Vegas, an older Nico learns the joys and sorrows of relationships, but living in a mansion with his boss, a ruggedly handsome Scotsman, makes it all seem worthwhile until he’s betrayed by his lover. Nico struggles to overcome depression, but attempts at new relationships falter as he’s distrustful and fearful of being hurt again. Nico hoped his epic search for love ended when he buys a carriage to show off his latest promotion at the railroad and he hires a sexy carriage driver with a secret that would dramatically change Nico’s life. 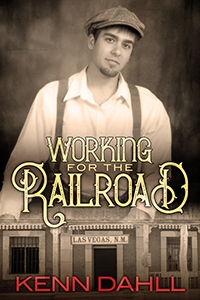 Working for the Railroad

Except for brief station stops in Toledo and Elkhart, used to take care of bodily functions, the longest leg of my journey was uneventful. The railcar was mine and mine alone. I took advantage of the lengthy full-speed run from Cleveland to Toledo for an uninterrupted slumber. Then I ate the sausage I purchased in Cleveland as well as another stolen apple. In Buffalo, I took a five-finger discount on a small metal canteen, I filled at each station stop, so I was set until arrival on the outskirts of Chicago.
Sean’s friend, Riley, had filled me in on the neighborhoods in the big city. South Chicago was the worst according to him, so after leaving the east side rail yard on the shore of Lake Michigan, I walked westward, which happened to be toward the city’s center. Several hours were spent exploring Chicago, to the point where it became necessary to find a safe shelter for the night. A small park with a gazebo suited my needs. Under the bandstand floor was sufficient space for me to spread out my blanket and grab some sleep.
The next morning my ideal spot became less desirable. A cop caught me crawling out from under the gazebo. “Boy, what are you doing here?”
“Sorry, officer, I came in on the train early yesterday morning and, after several hours wandering around the city, I needed a safe place for some sleep. This here gazebo fit the bill.”
“You cannot camp out in a public park. If I catch you here again, I’ll bring you into the station and book you for vagrancy.”
“Maybe you could help me. Do you know of any food kitchens nearby. I’m starved.”
“There is one down on Market Street, near where the rivers meet. Open from dawn to dusk every day. If I were you and went there, I would make sure to be gone before nightfall. The area is frequented by sailors and can get might rowdy after dark. Also, there are reports of people Shanghaied there.”
“Shang…what?”
“Shanghaied, drugged or mugged and taken on board a ship unwillingly. Forced under threat of death to serve as the ship’s crew. Many men, some as young as you, are never heard from again. Rumor is they tried to escape and were thrown in the brig to be thrown overboard in the middle of the ocean as a lesson to others in the same situation.”
“Thank you officer for your advice. It certainly makes a lot of sense. Now I will be off to Market Street for a free meal.”
“Good luck, lad, and stay out of trouble.” 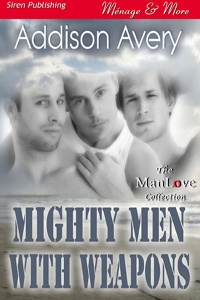