David and Shea were longtime summer friends who grew up and went on their separate paths. When David is forced to return home after his father is injured, it’s apparent he isn’t happy to find Shea installed permanently in his home town just a few doors away. His immediate reaction to her and his hometown are the same. He wants no part of either of them. His life is elsewhere, and he’s adamant about not being caught in small town living or outlooks.

Both knew twelve years ago that furthering their summer relationship would hamper their career paths. Now established, they will have to come to terms with their unrequited feelings for each other and where the future will lead them. 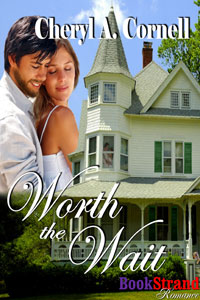 4 TEA CUPS: "Shea is a warm-hearted, loving and kind person—something that her best friend David has tried to ignore. He’s ignored his home place because of the feelings Shea brings out in him. His father is injured, so it is up to her, like a good neighbor, to watch over him. The thing is, whenever he gets near Shea something happens to him. With Shea he feels love for the first time, something that has been missing since his mother passed away. Being back in the home town he is seeing how routine and boring his life has become so far. David knows Shea deserves a lot more than just a fling with him, yet he can’t stand another man in her arms. Can he prove to her that even though he’s a wanderer he’s the man for her? Shea is a local home town girl with roots she has grown for herself. Nobody understands her motive to staying in the hometown. Something about it always called to her especially when it had a man like David living in it. As his best friend she has been there for him from everything from break-ups to family dying. She knows she can never be more than a friend to him, but she is a woman that dreams of love. A kiss from him brings back memories she has tried to put aside yet she knows the man she came to love is still there. Can she convince David that she is and has always has been the woman for him? David and Shea are two people who have so many issues yet one kiss erases everything in their lives. Worth the Wait is definitely a book that is worth reading in every way. Cheryl did a beautiful job in creating a strong bond between them that is still there no matter how much they deny it. David is a man with so many things going on in his life. He has no idea what to do especially with a woman like Shea. Now this woman knows what she wants and David is definitely what she wants more than ever. This is definitely a book aptly named for these two have gone through so much. Loved it!" -- Mary, Happily Ever After Reviews

The drawstring of her pants gave way with a slight tug, opening to allow him access to her most private place. His hands warmed against her skin, her back, her hips, until one hand held her in place, his other tracing a small pattern of lazy figure eights against her lower abdomen. His lips hadn't left hers while he explored. She sucked his tongue deeper into her waiting mouth as his index finger found her, stroking her until she pulled back, her head dropping back on her shoulders, her breasts arching toward his waiting lips.

Slowly, he started again, his lips to her breast, his finger dancing over her. It was Shea who brazenly moved his hand with hers, taking him where she wanted to feel him, needed to feel him. Sliding against her moist lips, he finally let his finger slip inside her. Keeping pace with his finger and his lips, he moved from nipple to nipple, taking her to a place she now knew would be theirs forever.

Shea felt it building, knew she couldn't hold back the release she wanted so badly. She let her head fall back as his finger dipped inside her once more and she gave in to the want and the need only he created inside her. She could feel herself tense against him, moving over his hardness as he increased his movements. When she fell, she fell hard. It was nothing like she had experienced before. Folding herself against his wide shoulders as she surfaced from her cloudy respite, her hands started to stroke him, starting them at the beginning.

She marveled at his length and girth. She’d felt his size before, never imagined how much she wanted to bring him the same satisfaction he’d brought her. Even more so now, she wanted to feel him inside her, stretching her body to accommodate his need. She’d dreamed about him for years and lusted for the satisfaction of completing the act. Tonight, they would finish what they’d started so many years earlier.

David knew he wouldn't stop this time. He'd waited a life time to feel himself sheathed inside her warmth. His movements were light and easy, taking her in his arms and laying her down on the couch. He was above her in an instant, his body lying beside her on the narrow cushions. With her face buried against his chest, her hand searched for him, fought with his jeans until she managed to release the zipper enough to fit her small hand inside, finding him hard and hot, waiting for her.

"David, take these off, I can't get to you," she whispered.

"That's probably a good thing right about now." Her eyes flew to his in confusion, but his finger traced the line of her bottom lip. She licked at the moisture he drew across it. "Relax, I'm not going anywhere." Except, he did move, pulling away from her and taking the balled up cotton pants along with him as his hands moved the length of her legs.

Kneeling on the floor beside her, he pulled her to him, his lips replacing his fingers. David heard her sigh, then felt the warmth of her hand on his neck, stroking his shoulders as he kissed her in his intimate way. Adding his fingers back inside her, he knew the instant she climaxed against his tongue. He tasted her for the second time in his life, and knew he'd come home. The excitement that ran through him threatened to shatter him into a hundred tiny pieces.

Looking up, her eyes were closed, her breasts pointed and hard. He'd meant to take her then, pausing to push down his jeans while finding his wallet and the protection he'd placed there weeks before. When he returned to her, he realized she had other plans. Turned on her side, the sofa left her at a perfect height to his kneeling form. Her hand's found him, held him, teased him, explored the length of him.

"Oh, God, David," she whispered before engulfing him with her warm lips.

David strangled back a groan when she deepened her pursuit, taking a bit more of him with each pass. Shea wasn't in a hurry, she was taking her time to learn him. The fingers of her left hand fluttered over his belly while her right hand held the weight of his length. Moving them in unison, she was going to end this before it began, he thought. Somehow she seemed to understand, pulling back slightly, but not letting go. She waited until his breathing became regular, then started again. Shea did this several times, bringing him just to the brink of release, lapping up his pre-come, then pulling back slightly, keeping him in a perpetual state of arousal.

"David, I want to feel you inside me, please?" Her gaze went to his with a pleading look.

At first he thought she’d drop onto him, to be filled up with him, but when the time came, she teased them both, dropping her weight onto him in small increments, adjusting to his size. He was amazed and thrilled to feel her stretching to fit him, to know he filled her so deeply. At last, she managed to take his entire length, buried him inside her tight, hot heat. Then she sat, waiting to get accustomed to him, her movements starting slowly. David felt himself throbbing inside her tight walls.