Wrong Side of the Law (MM)

Undercover cop Dan Hudson is framed for blackmail and kicked off the NOPD force. Enraged about that, and the fact that his lover refuses to stand by him, Dan moves to Denver, where he becomes Dirk Steele. He finds a job working for the Powells, who are pawnbrokers ... and fences.

When he proposes to them that he put together a team to steal on demand for the Powells’ less than legitimate clients, a deal is struck and the team is formed. The team consists of Maverick, a thief; Tripp, a street kid who shoplifts to survive; and Fey, another street kid who is an excellent pickpocket and petty thief.

Now the question becomes, will the team succeed? And, equally important, will the attraction between Dirk, who has sworn off love, and Maverick -- whose credo is only down and dirty sex -- grow into something more? Or will they remain just 'friends with benefits'?

Time will tell as the team takes on increasingly difficult jobs and a man from Dirk's past shows up who could possibly throw a monkey wrench into the works. 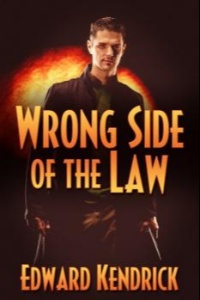 Wrong Side of the Law (MM)

Dirk walked down the ramp to the bike path. As soon as he reached the bottom he had a feeling he knew why Maverick had picked this area to meet. The creek was running high and noisy. Add that to the sound of traffic above him on Speer and it would be hard for someone to overhear them talk unless the person was close by. He spotted Maverick standing at the edge of the creek and went to join him.

“So, what’s this all about?” Maverick asked, not turning to look at Dirk.

“About a possible job for you, if you’re interested.”

Dirk froze momentarily before replying, “What makes you think it does?”

Now Maverick shifted, eyeing Dirk. “I wasn’t born yesterday. I can spot one a mile away. If I couldn’t I’d be in jail right now.” He tapped Dirk’s chest with one extended finger. “Do the Powells know there’s a viper in their nest?”

“Is if you want me involved in whatever you’ve got in mind.” Maverick started walking along the edge of the creek.

Dirk followed, debating if telling the man would actually make a difference, or if Maverick was just playing him. Nothing to lose I guess.

“I was an undercover cop, not here in the city. I was damned good at it, too.”

Maverick slowed his pace. “Bet you cut a few corners though. You guys always do. Plant some evidence, that kind of thing, if it would help.”

“Someone caught you at it.”

“Nope. A guy I was after decided to turn the tables on me. He was ... well-known and respected. Only a few people knew what his real business was. I had him dead to rights but I waited too long. Figured the more I got on him the better. Long story short, he went to my lieutenant, said I was trying to blackmail him into giving me money to keep my mouth shut about something that wasn’t the truth. At least that was his story. He had proof to back up his claim. Since I hadn’t told my lieutenant what I’d found on the guy, my telling him then would only have backed up the bastard’s claim I was out to get him. Not proven me innocent.”

Maverick nodded, finally stopping to look at Dirk. “So they took your badge and gun. Didn’t give you a chance to defend yourself.”

“Yeah. We’re talking my word against someone with a lot of power in the city. His proof that I was trying to blackmail him was trumped up, but I had no way to prove it was.” Dirk shook his head. “Even my ... my lawyer, said I didn’t have a chance in hell considering that I’d cut corners before to make arrests. He said that would all come out and just make things worse.”

“Fucking lawyers are like that. You’re only worth the bother if you have a lot of money to give them to take your case.”

Maverick began to walk again, waiting for Dirk to join him. “So you decided to change sides?”

“You could say that. I have skills I learned on the job.” Dirk chuckled. “Learned some of them from the best, and I’m not talking other cops.”

“The guys you took down.”

“So,” Maverick asked, “why should I believe any of this? You could still be undercover and came up with this story to trap the Powells. And me.”

“I could have, but I didn’t. I suppose ... ” Dirk frowned, trying to put it into words. “I think I want to get a bit of my own back for what they did to me. Like I said, I was damned good at what I did and they knew it. Then one SOB comes out of the woodwork, makes me look dirty, and I’m out on my ear. I could have fought it I guess. But frankly if I had, I’d still never be a cop again, even if they offered me my job back. There would always be that seed of doubt in everyone’s mind that I really was dirty.”

“Okay. The Powells seem to believe you and what you told me sounds legit. So where do I fit in to whatever you’ve got in mind?”

Dirk saw a bench by the side of the path and headed to it. When they were seated, and Dirk had checked to make certain no one was within listening distance, he answered Maverick’s question.

“I think there’s a lot of money to be made from stealing on demand. The Powells have the connections to find people who are looking for a specific item. I want to put together a team, you and two or three others, to get whatever the ... I’ll call them clients, want.”

“Why bring me into this?”

“Jesse said you were a good thief.”

Maverick grinned. “I know my way around, if the situation’s right. I can get through simple locks easy.” Then he sobered. “I’m not sure I could get into a well-protected place though. Not without setting off the alarms.”

“Now why am I not surprised? So, who else are you bringing in on this?”

“You have anything planned for tonight, and maybe the next couple, depending?”

“Other than trying to earn my bread and butter, nope.”

“Good.” Dirk got up. “Let’s do like you suggested today at the shop. Go get something to eat somewhere in LoDo. Then we’ll go up the Mall for starters.” 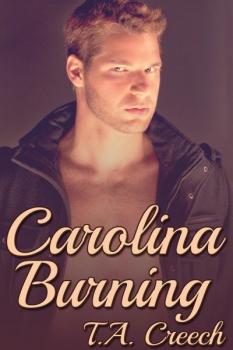