Mary’s obsession with the boy band Caelan began in high school. She and her friends went to their concerts, picked their favorite band member, and plastered their walls with posters. Mary’s obsession continued during her college years, but soon was placed in a box of memories as she matured, fell in love, and built a life with her husband. But Happily Ever After is elusive. When she suffers a horrific loss, can she depend on her old dreams to salvage her mind? Can she wander through those memories and still keep reality within her grasp? 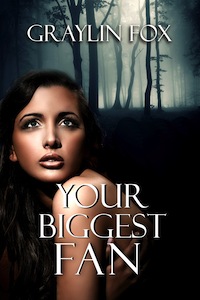 Ada seemed to know somehow when Mary was down on herself. “You’re doing it again. Stop beating yourself up; we’re just teenagers. Come on.” They would go to a local restaurant, order one huge chocolate dessert, two forks, and end up giggling on a sugar high. “You keep me sane, Ada,” she said often.

“Oh, Mary, you’re fine. You just need to get out more,” Ada would reply.

The first semester of sophomore year, they started a Caelan fan club with four other girls in their dorm. They met weekly, carpooled to concerts, and became inseparable. Sara even came up for the first couple of concerts of the year.

Sara pulled Mary aside on the first trip. “Ada is very good for you. You keep her around, okay? Promise me.”

“I promise.” Mary let out a long breath. “Why are you always so worried about me? I’m fine.”

“You keep saying those words, but they never reach your eyes,” Sara said.

“Your eyes look sad when you don’t get A’s, or we talk about guys.” Sara hugged her. “I love you, and I worry about you. You know that.”

Some friends know me a little too well.

Sara’s boyfriend proposed two weeks later, and her trips to visit Mary stopped. They continued to speak every week by phone and send text messages. Mary was going to help her pick out her wedding dress when they were home for Christmas. Ada offered to come along for moral support, but they decided it would just be the girls from high school.

Mary knew she would remember this year forever. She felt like she had sisters, and the bond they created was something she had hoped for as an only child.

Mary and Ada would frequently argue about which guy was the cutest and occasionally, Ada was caught off guard by her vehemence. “You take this too seriously, Mary. It’s just a boy band!” Ada would tell her with a laugh.

Mary never told Ada she knew she took it too seriously sometimes. That she would catch herself fantasizing so often about a future with Devin she would forget to complete some assignments on time and had to do extra credit to keep her grades up. The last semester of sophomore year, she took abnormal psychology and loved it. One weekend home with her mother, she read Diagnostic and Statistical Manual of Mental Disorders. She went through every disorder and checked off the ones she was sure she had. Of course, she also diagnosed her mother, father, and all of her friends. At the end of the weekend, one thing came to mind: I’m a little more obsessive than normal. Have to watch that.