Your Money or Your Life (MM)

Tales of the Highwaymen 2

When Jacob fell moving a portrait in the museum where he worked, he was worried about damaging it. He never imagined he would fall into it and wake up in another dimension. Though his day does start to improve when a sexy masked man rides to his rescue…

Gerard thought his friends Adam and Eloise would be the enchanted portrait’s only victims, but when he finds a gorgeous but bewildered young man wandering in the woods, he realizes how wrong he was. Now he has to enlist the help of a man he can’t stand to put a stop to the magic, even though he’d much rather be spending that time in the arms of the sexy man now sharing his home.

Your Money or Your Life (MM)

Tales of the Highwaymen 2

Gerard couldn’t understand the world his new friends had come from. So many things sounded wonderful, but at times the cruelty of their world shocked him. “I’m sorry. You were afraid of being shunned or persecuted?”

Jacob nodded. “I never told anyone I was gay until I met a guy I wanted to date, usually. If I knew he was gay and knew he liked me, I’d let my guard down. I wasn’t ashamed, but I didn’t want to be judged. My town was very small, and no one who came out stayed long because the reaction in town was so bad. I moved when I went to college, and I was starting to feel confident about coming out.” He shrugged and looked around the room. “And now I’m here.”

“You’ve no need to fear anything here, I can assure you.” Gerard smiled. “And anyone who wanted to harm you in any way would have to get through me first.”

“So, you’re going to be my permanent champion? My dashing outlaw?”

Gerard guffawed. “Outlaw? I’m not quite that.”

“Aren’t you a highwayman? I asked about your mask, and Adam and Eloise said you were.”

“But not really an outlaw.” Gerard considered his statement. “All right, I do steal from people, but it’s not what you’re thinking.” He searched his brain for the name that Adam had mentioned several times. “I’m like Robin Hood.”

Nodding, he said, “Yes. There’s a large gap between the very rich and the very poor here. There’s the king and the nobles, and then we have everyone else. There is very little social climbing, as Adam called it. I try to help where I can. We never take jewels or personal items, just money. And only from those who will not miss it. A few actually cooperate because they know the truth.” 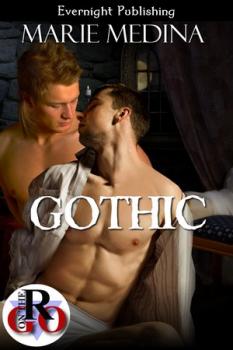