Be careful what you wish for… Jess is growing into a woman, but she doesn’t have the first idea what that actually means. Feelings she doesn’t understand trouble her waking hours…and haunt her dreams as well. Her feelings for Gedeaddon confuse her. Not that it matters. He would never look at her that way, nor would any other man. Convinced she’s unattractive, she doesn’t dare reveal her heart’s secrets to him.

Old habits are hard to break… Gedeaddon can’t see himself as worthy of Jess, despite his intense feelings for her, which are apparent to everyone else. But he’s a stubborn man. And he knows someday Jess will find someone, and then his life will be meaningless.

Their journey continues, but not everything is what it seems. Jess gains that which she most greatly desires, but at what cost? A stranger’s arrival awakens dormant desires…but who are they really for? 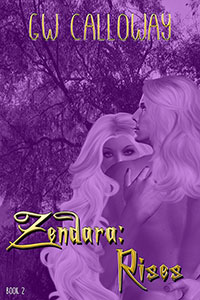 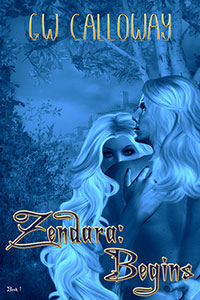 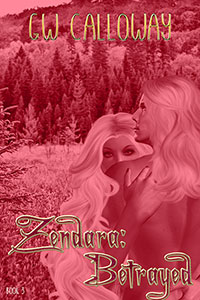 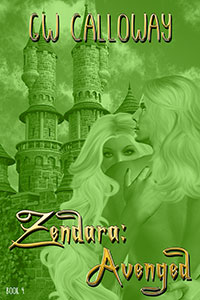 She opened a door and stepped aside. “This is where she is. Please enter. You will be returned to the cave once she is ready to leave.”

Gedeaddon stepped into the room and paid little mind to the door closing behind him. Setting his pack beside hers, he observed her armor hanging by the door. He studied her. Not much has changed. Her hair was still the silky platinum tresses he’d always brushed, her skin was still the creamy tone he’d touched many times before, and her ears were the perfect little shape they’d always been. He looked closer, his vision identifying the barely discernible silver stripes on her face. He followed them through her hair and across her visible skin. He looked at the ceiling. You gave her stripes? He walked over to the large window and stared at the field of wildflowers.

He turned around. “How do you feel?”

“I could be better.”

The hurt on her faced tore at him as he studied her. “You asked to be changed?”

“I wanted you to like me, so I asked to be like you.” She averted her gaze.

“I liked you just the way you were.”

“I’m sorry. When I realized what she did, it was too late. I can’t get it undone. I wanted to be what you are, but she turned me into a white tigress.” She pouted.

He walked over and looked down. His gaze traced the pale silver stripes on her cheek as he followed them down her throat until they disappeared into the valley between her breasts. They are kind of sexy. He grinned wolfishly. “You know we’ll probably spend a lot of time fighting like cats and dogs.”

She looked up, hope in her eyes. “You forgive me?”

Gedeaddon smiled. “You did something to make me like you because you didn’t know I already thought of you as a good friend.” He dropped his hand. “It’ll take a while to get used to it, but I’ll help you. According to Syn, Turqqal and Reneggo will remember you exactly as you are, but Arravis and I know the deity changed you. Stand still for a minute.” His mind lightly touching hers, he raised an eyebrow. “You know how to shift?”

“Like this.” Her form shimmered, wavered, and flickered for less than a second as she shifted to a white tigress with sea green eyes. The animal was eight and a half feet in length from head to tail-tip, stood three feet high at the shoulder, and weighed about four hundred pounds.

“Don’t change back unless you want to be completely naked in front of me. I suppose a deity-wished animal lord has its quirks.” He grinned wryly.

“I don’t speak that language, but if it makes you feel better, I’ll go count the flowers in the field while you turn back into Jess and dress.” Gedeaddon walked to the window, his position allowing him to covertly watch her.

Her form shifting back into human, Jess grabbed her clothes and began dressing.

He eyed the dark silver stripe running the length of her spine that branched into other more narrow ones. The stripes from her upper back trailed over her shoulder blades, curved around her shoulders, stretched enticingly down toward her breasts; some followed the shape of her collarbone. The stripes reaching across her back wrapped alluringly around her sides to her belly and breasts, where they vanished. The stripes from her lower back flowed around her hips and over her backside and continued seductively around her upper thighs. The stripes on her arms were practically indistinguishable, whereas the stripes wrapped tantalizingly around her legs were slightly darker. From the hollow of her throat to below her lower belly was untouched by any stripes. He swallowed. Shaking his head, he started counting the pink flowers.

“You can turn around now,” she snapped.

Complying, he met her angry eyes, reminding him of the sea in a raging storm. He grinned slowly.

Her eyes sparkled with ire. “How did you change and not lose your clothes?”

“We’ll have to ask Arravis. Whatever you do, be careful who you change in front of, because I’d hate for someone to put you in a cage.”

“Only around you. What’s wrong with the way I look?”

He remembered the various paths of those tempting stripes. “Absolutely nothing.”

Jess narrowed her eyes. “Are you sure?”

“Yeah,” Gedeaddon declared, “I’m sure. Now, let’s get your armor on.” He helped her don the various pieces. “The crest’s a bit different.”

“No more Zenobia.” She laughed.

He grabbed their packs and stepped behind her. “Are you ready to leave?”

“I suppose.” The surroundings instantly changed from the beautiful room into the cave. She staggered back into him. “What happened?”

He braced her. “Syn dumped us back in the cave.”

Arravis grinned wryly. “Welcome back. Sit down.” He held out a piece of jerky. “We need to talk.” Their companions shifted in their sleep, but smiled as they remained soundly asleep.

Jess sat near the mage as her guardian put their packs against the wall. “So answer the question.”

Grinning, Gedeaddon sat beside his bewildered sprite. “When she shifts into animal form, her gear hits the floor and stays there after she changes back.”