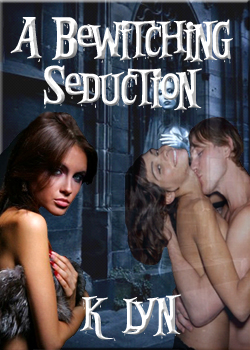 “My dear, this is no laughing matter. Any one of us could be the one who does not make it to see the morning’s light. Remember what happened to Mr. Sheridan.”

Cicely rolled her eyes at her mother. Why did the woman believe in the century old wives’ tale?

“I had your costume specially made for you. It’s in your bedroom, or I guess that would be your ex-bedroom now. And I know how you hate to dye your hair, so please wear the wig. And don’t forget, Cicely. Everyone must wear this somewhere on their person.”

“May I join you?” Not waiting for a response, the man sat down beside Cicely and placed his arm on the back of the seat. He smelled good, but Cicely had no idea who he was as he was dressed all in black just as she. There was a chill in the air and Cicely shivered. “Let me warm you.” The man seated next to her wrapped his arms around her as the car began to wind its way along the tracks.

The man kissed her earlobe. “This car will take you all the way if you want it to.”

“Who are you?” she whispered.

“I am the boogie man.” He made slow circles around her nipples, feeling them harden beneath his fingertips. He was in control of this woman’s pleasure now. He would make her scream. He pulled her to him and ran his tongue upward along her back.