Graduate student James Strickland meets gorgeous Barbara Pander in the college library. She’s older, recently separated from her husband, and a wildcat in bed. But once the torrid summer affair ends, she vanishes from his life.

Thirty-nine years later, on a trip home to visit his family, James finds Barbara’s obituary in the paper. When he attends the funeral, he learns he has a son.

Will his discover destroy his relationship with his wife and daughter, or the relationship between his son and the man who raised him? 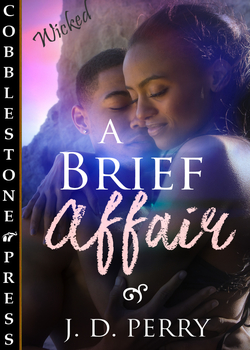 Two days later after her class, she followed him in her car to his apartment after they had stopped at the Chicken Shack for food.

James had wanted to take her straight to bed but realized that would be applying too much pressure too soon. He needed to take it slow, allowing her to have a sense of control.

Barbara wore a short skirt and a cotton blouse. He could tell she didn’t have on a bra; her nipples pressed against the cotton fabric.

After they finished eating, they began to kiss on the sofa.

“Do you bring a lot of girls to your apartment?” she asked, pulling away.

“Well, quite a few, if you count my mother, my sister, and you.”

“Yes, the first woman that I’ve kissed on the sofa. I’ve only been here a month.” He drew her into his arms again and caressed her back before slipping under her blouse.

She didn’t pull away.

He kissed a breast through the cotton material.

Her breathing increased along with her heart rate.

He moved a hand to the front of her blouse, unfastening the buttons one by one until her chest was bare, exposing her small, pert breasts. He placed a harden nipple between his lips and sucked it.

She moaned as her fingers dug into his arms.

James allowed her blouse to stay on as he slipped a hand under her skirt, caressing her nice round butt. Within a few minutes, he slowly pulled her panties down as he explored her body under her skirt.

Before too long her white nylon panties lay on the floor, and he carefully lay her on the sofa and spread her legs. He began his journey down, his lips and tongue exploring all the bare areas of her skin.

Her body twitched to the touch of his lips as he squeezed a breast.

When he reached the top of her mons, he reached under her hips and lifted her, allowing him more access.

“Damn,” she whispered as he parted her pussy lips with the tip of his tongue.